Robert F. Kennedy, Jr. is Masters of Health’s Person of the Year 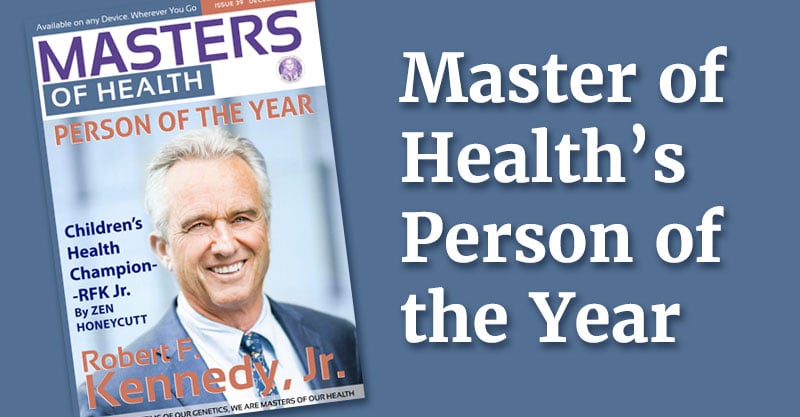 Children’s Health Defense is proud to announce that CHD Board Chair Robert F. Kennedy, Jr. has received the prestigious recognition by Masters of Health magazine as “Person of the Year.” According to Masters of Health Editor-in-Chief Michael Stanislavsky, “He is a real champion, an environmental and humanitarian legend, and a true courageous hero who has dedicated his life to defend those who cannot defend themselves. Through his Children’s Health Defense, parents and our children now have a voice.”

The official announcement from Masters of Health is available here. Additionally, this month’s issue of the magazine republished Mr. Kennedy’s response to the Politico article in which some of his family members criticized his vaccine safety advocacy. Zen Honeycutt, executive director of Moms Across America, has written an excellent article in the same issue, “Children’s Health Champion”, highlighting Mr. Kennedy’s dedication to the health of today’s children and that of future generations.

Link to the magazine

Link to the RFK Jr.’s article