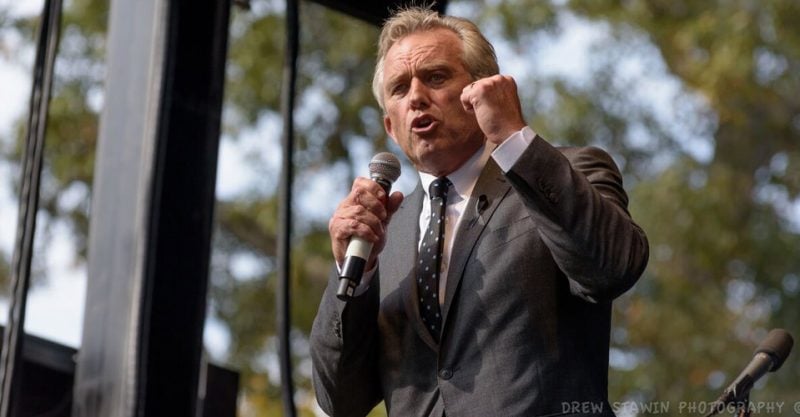 Stark facts belie Willingham’s dismissive assertion that Thorsen is merely the creature of an anti-vaccine conspiracy mill. Poul Thorsen is subject of a 22-count indictment by the US Department of Justice for wire fraud and money laundering in connection with more than $1 million in research grants that he allegedly pilfered from CDC as he was ginning up fraudulent studies to “prove” that vaccines don’t cause autism.[2] His crimes have won him a slot on HHS’s “most wanted” list.[3] (Oddly, US Officials have not requested an extradition order against Thorson despite a treaty providing for extradition between the US and Denmark). & Thorsen has also been disgraced and dismissed by his former employer, Aarhus University.[4] As of 2014, Denmark’s university hospital system has permanently expelled him from practice. The fact that he is roaming free and is easy to find, despite the US Federal indictment, does not imply Thorsen’s innocence, as Willingham suggests. Rather it suggests a lack of enthusiasm by HHS and CDC to press for his capture and extradition. The agency undoubtedly fears that a public trial would expose the pervasive corruption throughout CDC’s vaccine division and the fragility of the science supporting CDC’s claims about thimerosal safety. &

Dr. Thorsen is one of the co-authors and data manager for two leading foreign studies offered by CDC as the foundation of its claims that vaccines do not cause autism. Only purposeful misstatement or journalistic sloth can account for Willingham’s declaration that Thorsen’s conclusions “have not been called into question”. For over a decade, myriad critics have exposed those studies as brazen fraud. Thorsen’s thimerosal study, Madsen et al. 2003,[5] & is one of the principle publications offered by CDC to exculpate thimerosal – the mercury based vaccine preservative from suspicion that it causes autism (The Institute of Medicine largely based its milestone 2004 finding that thimerosal was safe on Madsen et al. 2003, another similarly flawed Scandinavian study, one study from the United Kingdom and two American studies, both of which CDC whistleblower, William Thompson recently exposed as dubious).& Madsen et al. 2003 purports to show that autism rates increased in Denmark after the Danish government removed thimerosal from vaccines in 1992.[6] But critics point out that the alleged increase in autism was the illusory artifact of Denmark’s new reporting protocols.&

Here’s how Madsen, Thorsen and the CDC team crafted their deception:& In 1992, the year after Denmark fully enacted the phase-out of thimerosal, it required, for the first time,that outpatient autism cases be reported on the government’s national health registry. Prior to 1993, only inpatient cases were reported representing approximately 7% of the total. The new requirements increased the reported autism cases by thirteen-fold.[7] & & Furthermore, the registry’s inpatient body count prior to 1993 omitted the patients at Copenhagen’s largest autism clinic which housed 20% of the national total.& After 1993, the clinic’s patients were included.[8] Finally, Denmark enlarged the diagnostic criteria for autism in 1994 increasing the potential number of autism cases in the registry by up to 25-fold.[9] & Dr. Thorsen and his cronies took advantage of the artificial rise caused by the new registry rules to fraudulently conclude that real autism incidence had increased following thimerosal’s ban. & This, of course, was craven chicanery – but the fraud got worse.

Despite the “cheats” in the Madsen et al 2003 paper, the Registry data still showed a pesky drop in autism rates between 1999 and 2001 in 7-9 year old children.& This was significant since these children were the first generation born after Denmark’s thimerosal phase out in 1992.& Leaked CDC documents show that the authors responded to this with an audacious breach of established protocols, deleting that entire year class from the final published version of the study.& That maneuver constituted scientific fraud of the highest order; CDC scientists deliberately manipulated the final dataset to prevent public disclosure of the decrease in autism since it did not support the study’s conclusion that there was no association between thimerosal and autism.& Secret CDC emails obtained by SafeMinds via former Congressman Dave Weldon, show that the decision to omit the 2001 year data was made at the suggestion of Poul Thorsen with the direct approval of CDC’s then Developmental Disabilities Branch Director, Coleen Boyle[10] and against the pleas of the Danish study’s primary author, Kreesten Madsen. [11] (Coleen Boyle made her bones at CDC orchestrating the infamous coverup of the links between Agent Orange and Vietnam vet morbidity during the 1980s).& It’s no wonder that CDC is not anxious for a public trial of Poul Thorsen.& Danish journalist, Ulla Danielsen has speculated that Thorsen’s carefree lifestyle in Denmark and the fact that he has never been interrogated by police despite the extradition treaty between the US and Denmark – is evidence that US agencies are protecting him.[12]

The finished study was a barefaced sham and responsible journals, including Lancet and JAMA summarily rejected Madsen et al. 2003 for publication.[13]&

After, JAMA and Lancet rebuffed the Madsen 2003 article, the CDC team was desperate.& At Poul Thorsen’s request, CDC’s Developmental Disabilities Branch Chief, Coleen Boyle drafted a letter that was signed by CDC’s Jose Cordero, then director of its new National Center for Birth Defects and Developmental Disabilities (NCBDDD)[14], to strong-arm a lesser journal, Pediatrics, to finally publish the grievously flawed study. & Pediatrics raises a substantial amount of its operating budget from vaccine makers and has earned notoriety as the go-to publisher for vaccine industry junk science.[15]& In an October 31, 2003 letter to CDC Director, Julie Gerberding, Congressman Dave Weldon rebuked the agency for inappropriately bullying Pediatrics into publishing a propaganda study that had already been rejected by two esteemed publications.[16]

The peer reviewers at JAMA and Lancet were only the first to find fault with Madsen 2003 – many others followed:&

Finally, Willingham praises the Danish health population registries whose recordkeeping she describes as “meticulous”.& But SafeMinds found that the Danish psychiatric registry, upon which the Madsen studies relied, was surprisingly shoddily maintained using ever changing baselines, health codes and diagnostic criteria that made it impossible to track trends.[28] Furthermore, the Registry lost, on average, about ten percent of autism cases every year between 1992 and 2001.[29] & & The fact that the autism incidence reported in the Danish studies from 1971 to 2000 vary by as much as 25%, also speaks to the poor quality of the database. [30]

Madsen’s and Thorsen’s companion study on the MMR vaccine, (Madsen et al. 2002)[31] used similarly deceptive statistical flimflams and flawed data to “prove” MMR safety.[32] That study employed CDC’s trademark ruse of including many children who were too young to receive the autism diagnosis, which at that point usually occurred at age four. CDC epidemiologists have consistently used this ploy in their phony autism studies to dampen the autism signal and exonerate the vaccine.[33] The 2002 Madsen et al. MMR study also included a substantial number of unvaccinated children and employed a suite of other statistical gimmicks to mask the association with the MMR vaccine.

Having trained & as a foreign visiting scientist in CDC’s sophisticated fraud during his apprenticeship, in the two notorious Madsen studies, it’s no wonder that Poul Thorsen felt comfortable stealing $1 million in CDC funding entrusted to him by the agency to be spent on data management for these and other studies.

Contrary to Willingham’s assertion, Thorsen was far from a minor player in the fraudulent Danish studies.& Leaked CDC emails show that it was Thorsen who served as the liaison between the Danish researchers and the CDC, asking Coleen Boyle for input, including whether to omit certain datasets to manipulate the study outcome.[34]& It was Thorsen’s idea to have CDC pressure Pediatrics to publish the flawed study after it was rejected by Lancet and JAMA.[35] & Thorsen coerced his CDC bosses to write a letter to Pediatrics as a last ditch effort to get this study published “underlining the importance of getting this information out now”.

It would be difficult to overstate the cataclysmic impacts of Thorsen’s mischief on global health.& The study he is accused of fabricating was an instrumental piece of evidence cited by The Institute of Medicine to justify its infamous 2004 conclusion that thimerosal was not causing autism.& IOM’s declaration laid the foundation for dismissal of some 5,000 autism cases by the United States Court of Claims (The Vaccine Court).& The Madsen et al. 2003 study has been repeatedly cited by public health agencies to justify the inclusion by CDC of thimerosal in 50 million flu shots given to Americans, including pregnant women, and the World Health Organization’s (WHO) decision to inoculate 100 million children in developing nations annually with thimerosal preserved vaccines.

Emily Willingham’s knee-jerk impulse to defend the CDC’s corrupt scientists and flawed vaccine science reflects poorly on Forbes journalistic rectitude. If we want to restore credibility to government science, we might start by revitalizing the journalistic commitment to research and integrity.

[10] Email from C. Boyle to P. Thorsen with comments to the Pediatrics review of the Madsen et al. manuscript, January 23, 2003

[11] Email from Kreesten Madsen to M. Lauritsen, P. Thorsen, and D. Schendel, November 13, 2002; Lead author Kreesten Madsen commenting that “the decreasing rates of ASD in 2001 seems to be of importance and probably should be added.”

[28] An Investigation of the Association Between MMR Vaccination and Autism in Denmark, G.S. Goldman and F.E. Yazbak, Journal of American Physicians and Surgeons, Vol. 9, No. 3.

[29] Analysis of the Danish Autism Registry Data Base in Response to the Hviid et al Paper on Thimerosal in JAMA (October, 2003), S. Bernard, SafeMinds Website, http://www.safeminds.org/wp-content/uploads/2013/04/Hviid_et_alJAMA-SafeMindsAnalysis.pdf

[32] An Investigation of the Association Between MMR Vaccination and Autism in Denmark, by G.S. Goldman and F.E. Yazbak, Journal of American Physicians and Surgeons, Vol. 9, No. 3.

[35] P. Thorsen email to D. Schendel, November 26, 2002, “Could you or Coleen write a cover-letter (sic) underlining the importance of getting this information out now?”