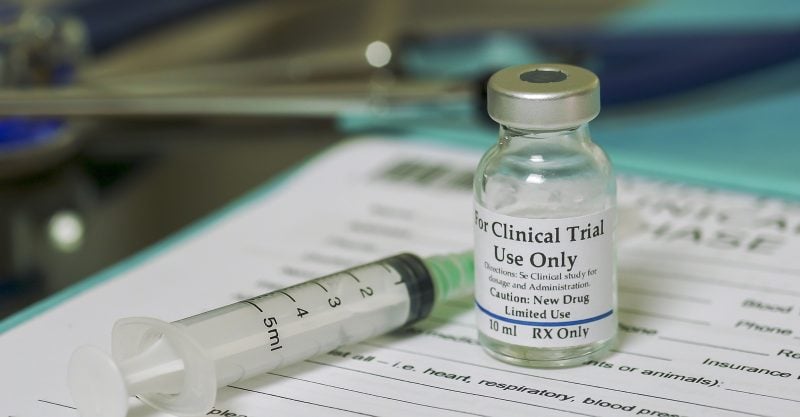 On Aug. 26, Children’s Health Defense (CHD) wrote a letter to Dr. Jerry Menikoff, Director of the Department of Health and Human Services’ Office of Human Research Protection (OHRP), asking for an investigation into serious safety concerns with the COVID-19 vaccine being developed by Moderna. Moderna’s version of the vaccine, championed by Dr. Anthony Fauci and funded with $500 million in taxpayer dollars through Dr. Fauci’s National Institute of Allergy and Infectious Diseases, contains polyethylene glycol (PEG), a molecule to which approximately 72% of the American population have antibodies and 8% have highly elevated levels of antibodies.  People who have pre-existing PEG antibodies could experience life-threatening anaphylaxis if injected with PEG-containing substances such as the Moderna COVID vaccine. Additionally, antibodies to PEG can both decrease the effectiveness of the vaccine and increase the risk of side effects.

Below is RFK, Jr.’s letter to Dr. Fauci:

We urge you to require Moderna to inform clinical trial participants of the unique risks associated with polyethylene glycol (PEG), an ingredient in the NIAID funded Moderna mRNA-1273 vaccine. As you know, approximately 72% of Americans may have antibodies to PEG with 8% of those individuals having highly elevated levels of antibodies, >500ng/ml.

Injecting a PEG-containing vaccine into individuals with pre-existing PEG antibodies could lead to life-threatening anaphylaxis.  The presence of anti-PEG antibodies in approximately 7 out of 10 Americans led to the authors conclusion that  “…sensitive detection and precise quantitation of anti-PEG Ab levels in a clinical setting will be essential to ensuring the safe use of PEGylated drugs in all target patient populations going forward.”

In its prospectus, Moderna acknowledges the potential for its proprietary lipid nanoparticles and PEG to produce “systemic side effects”.  The company has nevertheless refused to prescreen individuals participating in the clinical trials for preexisting PEG antibodies, despite FDA’s strong recommendations that it do so.

For those participating in the Moderna clinical trials, the uptick in parenteral exposure to PEG will be unprecedented—potentially disastrous and life-threatening.  Moderna reported results from the Phase 1 open-label trial in 45 healthy adults acknowledged that over half (23 out of 45) of the participants experienced a vaccine adverse event, including one volunteer who withdrew from the trial due to urticaria (hives), a condition often associated with drug allergies and life-threatening anaphylaxis.  We worry that Moderna’s failure to inform the trial participants of the PEG allergy risks not only endangers their lives, but also may have caused clinicians and volunteers to dismiss telltale allergic reactions as “unrelated” to the vaccine.

Children’s Health Defense has grave safety and efficacy concerns about the use of PEG in vaccines due to the high percentage of the population having preexisting antibodies to PEG. While it’s unlikely that everyone with pre-existing PEG antibodies will have a severe reaction to a vaccine containing PEG, it is criminally reckless to assume that none will. It is our hope that you will make the appropriate public assurances that NIAID will promptly inform the volunteers of this risk.

Moderna answers critics of its dangerous failure to warn trial subjects by dismissing the well-documented fact that a high percentage of people have anti-PEG antibodies as merely “hypothetical”. Moderna’s justification is disingenuous, at best. There is no serious dispute about PEG’s ubiquity across the population. Moderna’s refusal to screen for PEG is dangerous to the trial participants and violates 45 CFR 46.116(b)(2). That regulation requires manufacturers to disclose any reasonably foreseeable risks or discomforts to clinical trial subjects. Another provision, 45 CFR 46-111(a) (1) mandates that manufacturers minimize risks to clinical trial participants by using procedures that are consistent with sound research design and that do not unnecessarily expose subjects to risk.

The world is aware of NIAID’s deep institutional commitment to the Moderna Vaccine. Moderna’s novel MRNA vaccine is a career vanity project for certain powerful NIAID officials who have nurtured the platform for years. NIAID apparently owns half of Moderna’s patent. At least six NIAID officials also share patent ownership and apparently stand to collect personal royalties of up to $150,000 annually on vaccine sales. NIAID has committed billions of dollars of public monies to the project and placed the Moderna vaccine at the front of the line. As you know, critics have suggested that NIAID’s conflicts have engendered a posture, among NIAID regulators, of ignoring emerging safety signals because the Moderna Vaccine is “too big to fail”. But, NIAID’s peculiar interest in Moderna is no excuse for short cuts. To the contrary, it is critical that NIAID’s regulatory scrutiny of Moderna be beyond reproach, since other manufacturers will look to Moderna as a role model for their own safety studies. NIAID’s pet vaccine should be a template for rigorous protocols that unambiguously elevate safety above monetary considerations. We urge that you give priority to your agency’s duty to protect public health and the rights of trial participants to genuine informed consent. We ask you to order Moderna to immediately inform all trial participants of the risk for allergic reactions from PEG, and to carefully monitor and publicly disclose allergic reactions potentially associated with PEG.

CHD Note: At the time of publication, we have not received a response from either the OHRP or Dr. Fauci. We will update our readers with any developments as they occur.