New Study: Hep B Vaccine “May Have Adverse Implications For Brain Development and Cognition” 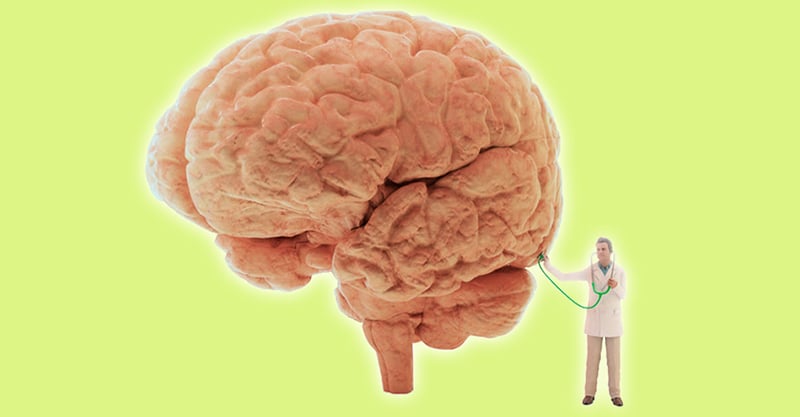 GUANDONG, China —”Unbelievable.” It’s the word I kept saying as I read through a brand new study published in the prestigious journal Cytokine concerning the impact of the Hepatitis B vaccine on the brains of mice. As I mentioned back in May, Sun Yat-sen University’s (a Top 10 university in China) Dr. Zhibin Yao is not a household name in the American autism community, but he really should be. Not only is he American-educated (University of Pittsburgh) and the author of 33 peer-reviewed studies, but he’s also the lead author of the three most important biological studies ever done analyzing how, exactly, the Hepatitis B vaccine can cause autism. Let’s quickly review his previous work.

(Note: Like all of this previous work, despite the importance of the subject matter and the prestige of the journals where his work is being published, there isn’t one article written about any of these studies in the American media.) 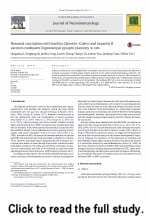 In 2015, Dr. Yao was the lead author of “Neonatal vaccination with bacillus Calmette–Guérin and hepatitis B vaccines modulates hippocampal synaptic plasticity in rats,” the first study that ever looked at the impact ANY vaccine might have on the brains of rats. I discussed this study in detail in an extensive article I wrote in April titled, “International scientists have found autism’s cause. What will Americans do?“ Vaccine Papers, a website dedicated to a rigorous, science-based analysis of the risks and benefits of vaccines, explained the paper this way:

Despite its importance, explaining Dr. Yao’s 2015 paper to the average person wasn’t easy, partly because his study covered a number of other topics, meaning you had to isolate the data that implicated the Hepatitis B vaccine, and then explain it. With his next paper, however, Dr. Yao and his team made explaining everything much easier, and left very little to interpretation. 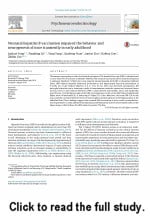 Dr. Yao’s second paper, conducted a thorough study of the Hepatitis B vaccine’s impact on the brains of mice, and did so versus a control group of mice who received a saline placebo. This is a “gold standard” animal study that you would typically do BEFORE a drug was introduced to the human population. In a world where vaccines were treated like other prescription drugs, Dr. Yao’s study would have sent up a giant red flag about the neurotoxicity of the Hepatitis B vaccine. Of course, that didn’t happen, and this is the first time you’ve probably ever heard of this study.

In his 2016 paper, Dr. Yao and his colleagues open with a statement that should make every American parent shudder:

“The hepatitis B vaccine (HBV) is administered to more than 70% of neonates worldwide. Whether this neonatal vaccination affects brain development is unknown.”

Given the “unknown” of whether or not Hepatitis B impacts brain development, Dr. Yao and his colleagues then set about answering the question, and their conclusion left little room for interpretation:

“This work reveals for the first time that early HBV vaccination induces impairments in behavior and hippocampal neurogenesis. This work provides innovative data supporting the long suspected potential association of HBV with certain neuropsychiatric disorders such as autism and multiple sclerosis.” 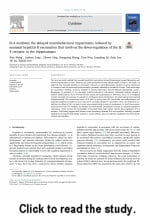 In this new study, Dr. Yao and his colleagues sought to confirm what they had previously discovered. They already knew that “neonatal hepatitis B vaccination induced hippocampal neuroinflammation and behavior impairments in mice.” Now, they wanted to make sure they understood the exact mechanism of action within the brain that was causing all the damage. And, that’s exactly what they did, they learned that over-exposure to the cytokine IL-4 produced the SAME reaction in the mouse brains that giving them Hepatitis B vaccine did:

After observing the positive correlation in the level of IL-4 in the periphery and that in the hippocampus, a series of experiments were carried out to examine the effects of neonatal IL-4 over-expression on the brain. Eventually, the present study provides direct evidence by means of neutralization of IL- 4, supporting that IL-4 mediates a delayed neurobehavioral impairments induced by neonatal hepatitis B vaccination that involves the down-regulation of the IL-4 receptor in the hippocampus.

And the conclusion from new study that should also make every parent of a newborn shudder:

“These findings suggest that clinical events involving neonatal IL-4 over-exposure, including neonatal hepatitis B vaccination and asthma in human infants, may have adverse effects on neurobehavioral development.”

For those of you following this topic closely, it’s worth pointing out that this new study only looked at a single cytokine—IL-4—despite the fact that other cytokines have also been correlated to autism. The scientists acknowledge there is more work to do, stating, “we will conduct further studies with different cytokines to that neonatal over-exposure often happens.” A number of points worth making about this study:

To me, this is probably the biggest learning from this study, and it alone calls into question the way vaccines are tested here in the United States. In their excellent white paper of vaccine safety, the Informed Consent Action Network explained how Hepatitis B vaccine was tested without any placebo group and with only 4-5 DAYS of observation on children who received the vaccine (after they received the vaccine, a reaction on Day 6 wouldn’t be captured):

For example, there are two Hepatitis B vaccines licensed for one day old babies in the United States – one manufactured by Merck and the other by GlaxoSmithKline. Merck’s Hepatitis B vaccine was licensed by the FDA after trials which solicited adverse reactions for only five days after vaccination.

Similarly, GlaxoSmithKline’s Hepatitis B vaccine was licensed by the FDA after trials which solicited adverse reactions for only four days after vaccination.

Follow-up periods of 4 or 5 days are not nearly long enough to detect possible adverse effects such as autoimmune or neurological disorders, seizures, or death. Worse is that since neither of these clinical trials used a control group, it was impossible to scientifically determine if any adverse reaction in the limited four or five day safety review period was even caused by the Hepatitis B vaccine being evaluated.

Vaccine Papers commented on this third study, specifically about the delayed response:

Very valuable to see how the immune response changes over time. A dramatic change occurs between 35-42 days. This is powerful because it means that short-term studies are useless for detecting neurological injuries. We already knew that, but now we can prove it.

I’ve gotten used to vaccine science in the United States where no science that implicates vaccines in anything bad is ever funded by our government. Things are different in China, just look at the funding sources!!! I think it’s safe to say that the science done to finally end the autism epidemic will more than likely run through China, it’s one country where the influence of Big Pharma is very low.

It’s safe to say that for any other product on the planet, the three studies done by these Chinese scientists would be enough to get a product pulled from the market out of an abundance of caution for protecting the brains of newborns. Let me put it to you as simply as I can:

We have clear, unequivocal, replicable scientific evidence that the first vaccine given to most American newborns causes brain damage.

Recently, a group of scientists published an editorial emphasizing how important animal studies are to understanding the neurotoxicity of aluminum adjuvant used in vaccines. They noted that “multiple vaccine administrations and neuro/immunologic adverse effects is difficult to establish by epidemiology.” Epidemiology, the study of large numbers of people and health outcomes using a spreadsheet, is rife with potential for abuse, manipulation, and missing signals. That’s why biological science is so important, and that’s why Dr. Yao’s work provides a devastating blow to anyone who claims a vaccine couldn’t possibly cause brain damage or autism. As Dr. Yao and his colleagues worried deeply about in their second paper:

“This study used the same vaccine and a similar time schedule to those used for human infant vaccination in China. Therefore, these findings suggest that there may be similar effects of neonatal HBV vaccination on brain development and behavior in humans.”

Nothing more needs to be said.