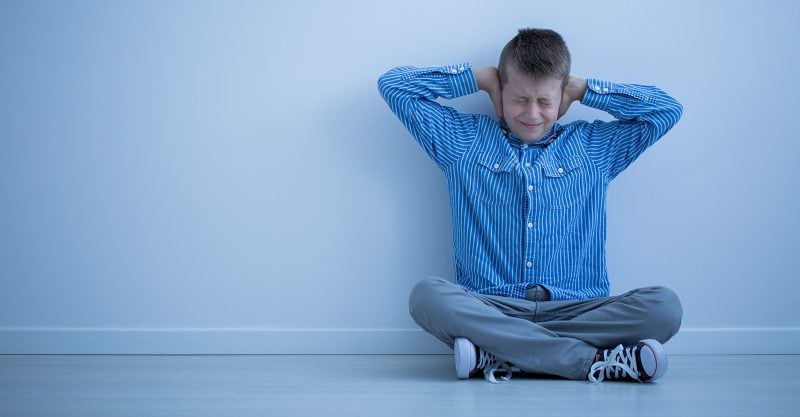 I just read an atrocity labelled “A Primer in Autism.” It is anything but. It is agenda-driven, sloppy, autism research rubbish masquerading as science. It is astounding that a journal as prestigious as Nature would feature such inferior work. The authors of this piece seriously contend that there has been NO actual increase in autism over the past 30 years. These are extraordinarily conservative autism researchers who do not live in reality and are tightly wedded to the archaic idea that autism is a static genetic brain disorder and that the explosion we have seen over the past 30 years is merely a result of greater awareness and better diagnosing. I know. It insults anyone’s intelligence to even entertain such nonsense. The following authors should all be ashamed of themselves.

It is a who’s who of has-beens and incrementalists! The American contributors have all been generously funded by the NIH (naturally) yet have accomplished little for people with autism. They have produced so much going-nowhere, helping-no-one, basic science. I explored the work of these authors. This team bets on the wrong idea so often one wonders if they ever get it right! So many of their closely held beliefs have been incorrect. Take a look at just some of their most researched work:

… in 2020, we know autism is a whole body disorder which is largely immune driven, with a genetic predisposition and environmental triggers.

Autism and its prevalence

These researchers have done a tremendous disservice to the entire autism community by ignoring hundreds of studies indicating that, conservatively, at least half of the increased prevalence in ASD is real. By misrepresenting the prevalence of autism, they undermine a greatly needed sense of urgency, minimize the nature of this national health crisis, and irresponsibly ignore myriad environmental triggers. Oh, wait! Of course, this team does promote some environmental research! They blame autism parents for being old and fat, thereby helping to cause their children’s autism. Thanks for that!

The Primer’s authors begin by describing autism in a manner that would have been dated in 2000. They present autism as solely a genetic brain disorder affecting social interaction, communication and intellectual ability. In reality, in 2020, we know autism is a whole-body disorder which is largely immune driven, with a genetic predisposition and environmental triggers. Excluding those who are healthy with very high-functioning (HF) autism (a tiny percent), autism is NOT a neck-up disorder. Half of the people with ASD have severe GI problems, 25% (Buie) experience intractable seizures, 40% (Devinsky) develop typically and regress into autism, and 27 % (Poling) have mitochondrial abnormalities.

It’s absurd to write about the true prevalence of autism worldwide with certainty. I would bet that somehow the prevalence of autism in Ethiopia is pretty low. Poorer countries have no time for this or do not have enough professionals in this field to do this work. Other countries do not strictly follow the DSM. In countries like Sweden, any smart and quirky loner can be labelled autistic. In Denmark, my husband’s home country, to be described as autistic is practically a compliment. Regressive autism, so common in the USA, is extremely rare in Denmark and Sweden. Additionally, regressive autism is especially common among the migrant Somali population in Minneapolis. It is research folly to extrapolate data from other countries and apply the findings to the USA. For example, say one in 20 Americans identifies as gay, and the number of Ugandans who identify as gay is one in 10,000. Does Uganda’s number reflect reality or social norms? Let’s get real and focus on the USA. We have real data for the USA and lots of it.

Many of their citations are a decade plus old, while more recent and comprehensive science on the issue at hand is ignored!

This paper epitomizes group think science. I read all the footnotes and found the contents laughable. The authors consistently quote themselves and their co-authors’ work. Ha! Why bother with the footnote at all? Just say, “I think” instead. To make matters worse, “team yesterday” barely ventures into the present. Many of their (and I do mean “their” as in quoting themselves) citations are a decade plus old, while more recent and comprehensive science on the issue at hand is ignored. They never venture outside their little cabal. The authors use a small organization called “The Global Burden of Disease” as their source of autism prevalence data. It looks similar to the Red Cross organization, not an entity with any expertise on autism. Their autism prevalence info is based on the data collected from 145 countries. Again, all those countries are accurately reporting autism data when many don’t have enough clean water or food or diagnostic experts? Somehow, I doubt it.

“Many individuals and groups presume the rates of autism are increasing over time based on administrative (American data, i.e. the CDC data) vs. community-based data (the mysterious Global Burden of Disease). Indeed, after accounting for methodological variations (no explanation to what that is) between studies, there is no clear evidence of a change in the prevalence of autism between 1990 and 2010.” (Emphasis mine.)

Why just examine 20 years when you are charged with studying past 30 years? To minimize the increase of course! There would be a bigger increase if they actually did their job and measured prevalence data until 2020. Here on planet Earth, the rate of autism in the USA went from one in 2,500 in 1990 to one in 54 in 2010. The USA has by far the best and most relevant data.

Now for the “Primer’s” assertion that 10% of all people with autism have Fragile X or Tuberous sclerosis. Talk about artifact! Probably 1% of people with ASD actually also have FX. Geneticists probably eat up 50 cents of every autism research dollar. They shoehorn countless marginally-ASD kids with genetic conditions into hundreds of studies and claim the findings will relate to idiopathic autism. They never do.

This team never learns. They are like the amyloid crowd in Alzheimer’s, refusing to give up on their failed idea. When one looks closely, these FX so-called autistic kids rarely stand up to diagnostic scrutiny. More researchers are acknowledging that autism is vastly over diagnosed in children with rare genetic disorders by well-meaning pediatricians. Parents of FX kids often ask for the diagnosis in hopes their child will qualify for more services. Sadly, these are often the wrong services for these kids. FX, Williams Syndrome and Angelman Syndrome children overlap far more with Downs syndrome than autism. Children with FX, Williams and Angelman are often exuberantly social, talkative and affectionate. Does that sound like your ASD child or ANY person with ASD you have ever meet?

The ‘FX as ASD’ model has been a total failure …  time to move on.

“Autism in ‘FX ASD’ children is a vastly different condition than that of idiopathic autism and probably not autism at all.”

Dozens of massive clinical trials on autism treatment medication have failed. The research entities all use FX kids as a model. None of the treatments developed for the “FX ASD” helped kids with idiopathic autism. A Primer author, Jeremy Veenstra-VanDerWeele, has been a longtime supporter of the “FX as ASD” model approach. One only wonders how long he can remain in denial. Over the past 12 years, hugely expensive “FX ASD” drug trials have been conducted by Seaside Therapeutics, Rob Ring’s Autism Speaks’ PACT program, Novartis, and Roche. All have been failures. The model itself has been a total failure and it’s time to move on. This Primer naturally advises that we waste more money on this dead-end research.

Less of this research should be done, not more.

The Primer includes a lot of humorous discussion about gene therapy for autism. Ha! More talk of “translational genetics.” Ha! The authors postulate that an MRI (costing over $5K) could be a diagnostic tool. Ha! There are promises that once the correct neurological pathways are found, medical intervention is around the corner! Ha! Yeah, we have been hearing those promises for close to 20 years. Come on, get real. What isn’t funny is all the casualness in promoting that more EEG and MRI research be performed upon people with autism. I speak from experience when I say such research studies are often traumatizing for people with ASD. At no time do the authors acknowledge this. We are dealing with children and adults with serious sensory issues. Putting them in tight tubes or gluing a hundred wires to their heads equals a horrible experience for all but the most high-functioning people on the autism spectrum. Less of this research should be done, not more.

The end of the paper discusses “Quality of Life” issues. There is almost no discussion about the emotional trauma and financial strain endured by families with a severe ASD child. These families often have siblings who watch their ASD brother bang his head with a closed fist. Parents and siblings sometimes endure hours of screaming meltdowns while frantically trying to soothe the child with autism. Many autism families go months and sometimes even years without a normal night’s sleep. These families live difficult, isolated lives. Socializing is often impossible. Family events or trips to a restaurant or park can quickly go from good to bad, necessitating an immediate, nerve-rattling departure. The finances of these families are drained by out-of-pocket ASD related expenditures. Near death experiences because of seizures or drowning are frighteningly common in those with severe autism. Parents often live in a permanent “fight or flight” mode. Careers are curtailed, marriages ruined, vacations not taken, and siblings’ college plans go unfunded.

This is how the Primer describes life for ASD families:

“Although the journey (parenting an autistic child), can be challenging for many parents it can be incredibly rewarding and a source of life meaning.”

Half of the ASD Moms I know have PTSD. I cannot wait to give them the good news that living an isolated life, being broke and having PTSD gives their lives meaning. Thanks, Primer!