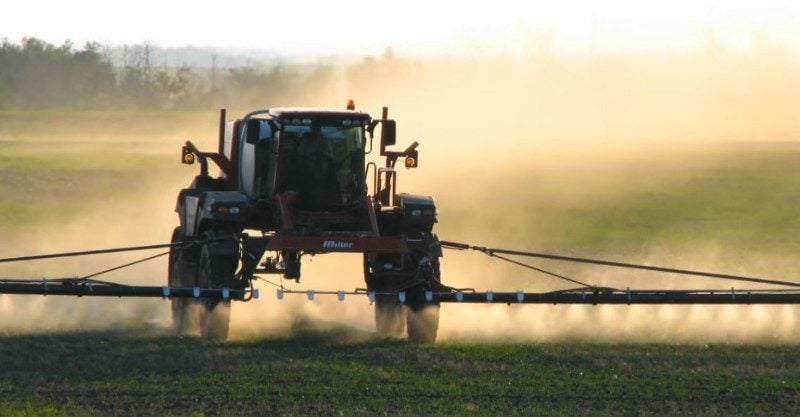 Recently, Moms Across America (MAA) learned that Impossible Foods is using GMO soy in their Impossible Burger and are getting their burger into hundreds of restaurant chains like Burger King without labeling or giving a warning to consumers. Celebs such as Katy Perry, Serena Williams, Jay-Z and Trevor Noah funded the vegan burger. Then consumers began posting that they were having allergic reactions, and yet no recall was conducted, and no warnings were issued. As a mother of a child who has nearly died before my eyes from food I gave him, and also saw him get better when we avoided GMOs and glyphosate, I did what any mother in my position would do: I initiated Moms Across America to commission the testing of the GMO Impossible Burger for glyphosate, a chemical found in Roundup.  Glyphosate has been scientifically proven to cause liver disease (which weakens the immune system), destroy gut bacteria (which can lead to inflammation and allergies), and contribute to hormone disruption, birth defects, miscarriages, and cancer.

… every part per billion of glyphosate is harmful to human and animal life and should be avoided to reduce the total body burden of toxins.

The test results were disturbing. The levels of glyphosate in the Impossible Burger, although below the levels irresponsibly considered “safe” by the EPA and others misled to believe in the EPA’s science, have been proven to cause harm in a myriad of ways. We understand the argument some are using: compared to other foods, with thousands of parts per billion of glyphosate, the Impossible Burger levels are not as high and therefore not as worrisome. We assert that the Impossible Foods company has an opportunity to change the levels of glyphosate in their foods and that every part per billion of glyphosate is harmful to human and animal life and should be avoided to reduce the total body burden of toxins.

Toxins, such as those in glyphosate herbicides, are more impactful on children who do not have the ability to detoxify the way adults do, as their liver and kidneys are not fully developed. The toxins in glyphosate herbicides and GMOs are also never tested synergistically with other toxins in the food supply. In addition, bioaccumulation over years can have long-term health effects which are not being considered by Impossible Foods.

We certainly agree with Impossible Foods CEO, Pat Brown, that providing an alternative solution to Concentrated Animal Factory Operation (CAFO) is a noble cause. We applaud and support their efforts to raise awareness about these tragic and harmful practices.

We find, however, that their use of GMO ingredients does not fulfill their mission:

Impossible Foods’ goal is to transform the global food system, improve public health, and preserve biodiversity — with an approach rooted in science, consumer choice, and transparency.

By using GMO soy, which is currently 93% of soy crops in the USA, Impossible Foods is not transforming the current mono-crop agriculture system, they are supporting it. It is understandable that Impossible Foods, which has raised over 387.5 million, from backers such as Temasek from Singapore , intends for the Impossible Burger to reduce the amount of CAFO animals eaten and their impact on the planet regarding climate change. What they are not acknowledging, however, is that growing GMO soy decreases the soil’s ability to sequester carbon, and is very harmful to the soil quality and environment, including other animals in the environment. By supporting GMO soy, Impossible Foods is supporting the GMO agrochemical industry and contributing to our climate crisis and harm to wildlife and marine life.

… Moms Across America commissioned testing of five childhood vaccines for glyphosate and all five came back positive.

Since releasing the Impossible Burger test results starting with Impossible Foods “unofficial response” which was repeated by other writers, Moms Across America has been attacked for being anti-vaccine. These unfortunate articles filled with name-calling led to MAA learning that Impossible Burger’s funders, Temasek, also funds pharmaceutical companies and vaccine development.  Impossible Foods and Temasek have an opportunity to not only transform the food industry by shifting their purchases from GMO soy to organic regeneratively farmed ingredients, but contribute to vaccine safety as well. It may sound like a leap…but stay with me.

Vaccine manufacturers use ingredients from animals fed GMOs (with high glyphosate residues) such as gelatin from pigs. Due to the GMO ingredients in vaccines, Moms Across America commissioned testing of five childhood vaccines for glyphosate and all 5 came back positive.

The current rates for autism, or what most parents of children with autism call vaccine injury, is between 1 in 34 to 1 in 59 children depending on the state of residence. This is clearly a national crisis which calls for all hands on deck, including food manufacturers and vaccine manufacturers.

Moms Across America is asking Impossible Foods and Temasek to drop GMOs and support a shift of healthier food and vaccine products. This move would be a win-win-win-win for consumers, farmer/laborer  safety, the manufacturer’s bottom line long term, and the planet.

There are thousands of studies showing that GMOs and glyphosate contribute to a variety of types of harm—organ damage, liver disease, reproductive issues, cancer and more in animals, marine life, and humans.

Unfortunately, by providing a product that is likely to be (it’s not labeled so we don’t know) 80% GMO or sprayed with glyphosate, MAA believes Impossible Foods is contributing to the decline of public health. There are thousands of studies showing that GMOs and glyphosate contribute to a variety of types of harm—organ damage, liver disease, reproductive issues, cancer and more in animals, marine life, and humans. Ignoring this science has grave consequences, both for human health and for the integrity and long-term viability of any food company.

Numerous studies have shown that the agrochemicals used in GMO farming REDUCE diversity by killing insects, and therefore birds and other wildlife. They also destroy the beneficial microbes in the soil, decrease earthworm populations and organic matter, decrease the soil’s ability to sequester carbon (which contributes to our climate crisis) and decrease nutrient density in the crops. GMO agrochemicals also runoff into waterways and contribute to toxic cyanobacteria, the heating of the water’s temperature, and again, contribute to our climate crisis.

Recent lawsuits against Monsanto/Bayer, the main promoter of GMOs and agrochemicals like Roundup (glyphosate-based herbicide), have exposed Monsanto employees to be the ghost writers of “science” which “showed” that glyphosate is not harmful.

Moms Across America loves truthful and peer-reviewed science that reveals a new understanding of health and our environment. We wonder, what science is Impossible Foods using? Funded by whom? Recent lawsuits against Monsanto/Bayer, the main promoter of GMOs and agrochemicals like Roundup (glyphosate-based herbicide), have exposed Monsanto employees to be the ghost writers of “science” which “showed” that glyphosate is not harmful. Given this track record, wouldn’t it behoove Impossible Foods and their investors to consider alternative, independent sources which have shown glyphosate to be carcinogenic and GMOs to be harmful?

How do the consumers have an INFORMED choice in restaurants if the ingredients, properly labeled as GMO, and contaminating herbicides, are not on the menu?

We invite Impossible Burger to be transparent and to require restaurants to disclose that GMOs and glyphosate and people have had anaphylactic shock after eating their product. OR, to change the ingredients to non-GMO soy and organic ingredients. Even better, to TRULY transform the food industry use your buying power, Impossible Foods, to support the expansion of regenerative organic agriculture and commit to using regeneratively grown, organic ingredients.

“It will be challenging, but not impossible to provide an organic, regeneratively grown vegan burger to the public,” states Honeycutt, “It’s going to take bold leadership and support for farmers to make the transition. Will Impossible Foods and Temasek lead the way for a healthier planet by discussing the benefits of regenerative farming with experts like Dr. Zach Bush and farmers at Farmer’s Footprint?”