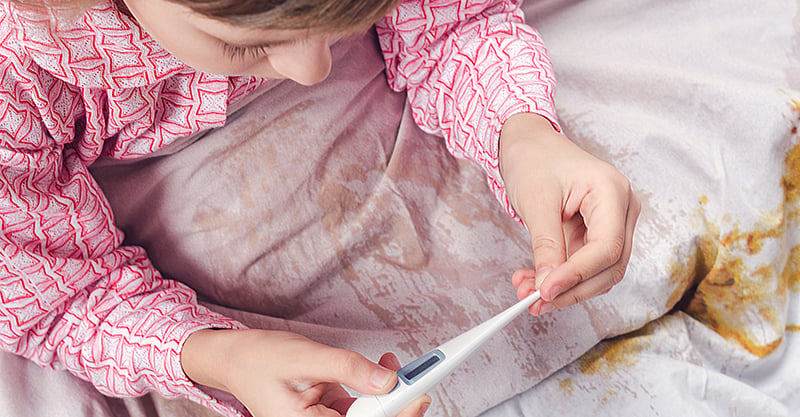 This article originally published by Focus for Health.

Recent outbreaks of measles, especially in Rockland County, New York and Clark County, Washington have created quite a furor in the public health infrastructure of the U.S. and now within state legislatures. Industry front groups like the American Academy of Pediatrics (AAP) and the National Association of County and City Health Officials (NACCHO) have seized the opportunity to introduce legislation to remove personal belief exemptions and religious exemptions for vaccinations required for school attendance. Nationwide, over 70 different bills have been introduced or are expected to be introduced in state legislatures to limit these types of exemptions.

I recently had the privilege to testify in the Health Committee in the House of Representatives for Washington State and wanted to share some excerpts of my testimony. In Washington State, legislators have introduced a bill to remove the personal belief exemption specifically for the Measles Mumps Rubella (MMR) vaccine.  I want to thank Karl Kanthak and Bernadette Pajer who both contributed important information for my testimony.

The following is taken from my testimony:

There is a problem with measles in Washington State, but it’s not low vaccination rates, it’s actually high vaccination rates with a vaccine product unable to provide lifetime immunity or vigorous passive maternal protection to infants during the first year of life.

When the measles vaccine was first introduced, most people over the age of 15 who had wild measles had lifetime immunity. In developed nations, like other communicable infections, measles was no longer dangerous except in rare circumstances because of inadequate nutrition, poor sanitation, and / or lack of healthcare. Because having the measles was a routine part of childhood, teens, adults, parents, and grandparents were immune. And because of maternal passive immunity, infants were protected. The death rate due to measles in Washington State in the four years prior to the introduction of the measles vaccine was 1.4 in 10,000 cases and approximately 2 in 1,000,000 in the general population.

Legislators are being told that use of personal and religious belief exemptions are putting the public’s health in danger. They are told that two infants were recently exposed to measles and the babies are in danger. But in fact, if the mothers of the children had wild measles when they were children and they are nursing, the babies may be protected. If the mothers were vaccinated, even if they are nursing, they may not be. Additionally, maternal antibodies transported across the placenta can provide vital immunity against measles for infants.

Pushing vaccination rates up even higher with an ineffective product is not the answer. As the editor of the journal Vaccine Dr. Gregory Poland of The Mayo Clinic stated in 1994, “…as measles immunization rates rise to high levels in a population, measles becomes a disease of immunized persons.” An MMR vaccination rate of 75% has been reported for the recent measles cluster in Rockland County, New York.

… vaccination does not guarantee immunization and infectious diseases routinely break out in highly vaccinated communities.

It was reported in the news and provided to legislators that in Clark County, WA there is a 22% exemption rate, but this is based on the voluntary Immunization Information Survey (IIS) which does not accurately reflect the vaccination status of all children enrolled in Washington schools. When compared to the more accurate CDC statistics for the state of Washington for MMR coverage among 19 to 35 month olds, it is 95.3% +/- 2.6%. The IIS erroneously reports this number at 81.8% and cannot be relied upon.

As I have already remarked, vaccination does not guarantee immunization and infectious diseases routinely break out in highly vaccinated communities. An example of this is pertussis outbreaks, which occur due to problems with the acellular pertussis portion of the DTaP and Tdap vaccine, creating asymptomatic carriers. An asymptomatic carrier is a person that has become infected with a pathogen, but who display no signs nor symptoms. Although unaffected by the pathogen themselves, carriers can transmit it to others or develop symptoms in later stages of disease.

SB277 [removal of personal belief exemptions in CA] did not “change the minds” of non-vaccinating parents. Instead, it pushed families out of school and created lost income to school districts.

The SB277 experience in California, where personal belief exemptions were struck down in 2016, has not led to 100% vaccine compliance even within the school system. Removal of personal belief exemptions has served to alienate parents leading to an exodus from the school system (1.2%), as well as from the state, and placing the school districts in the untenable role of “vaccination enforcers.” An additional 1.4% within the school district are still unvaccinated due to Federal Individualized Education Programs, medical and other exemptions. SB277 did not change the minds of non-vaccinating parents. Instead, it pushed families out of school and created lost income to school districts.

Regarding the Australian experience with vaccine mandates, one official stated that, “Parents reported a greater commitment to their decision not to vaccinate and an increased desire to maintain control over health choices for their children including an unprecedented willingness to become involved in protest action.” (J. Public Health Policy 2018 39:156, Helps et al.) With the removal of the PBE for the MMR vaccine, 2.9% of the children in WA State, which is 15,000 to 20,000 students, will be excluded from school. If the PBE is removed for all vaccines required for school attendance, 37,000 children will be removed from school. For small school districts, this will cause a financial crisis. Mandates do not encourage vaccination, they push exemption-using families out of schools.

Over the past ten years in the U.S., there has been one reported death from the measles . . . During the same time period (based on VAERS reports), there have been 105 reported deaths associated with the MMR or MMRV vaccinations.

The Supreme Court in the Bruesewitz vs. Wyeth case called vaccinations “unavoidably unsafe,” and the scientific literature shows an incidence of vaccine adverse events that is dangerous in light of the proposed mandate. Over the past ten years in the U.S., there has been one reported death from the measles, and it is unclear based on the medical history of the patient whether and how measles played a role in their death. During the same time period (based on Vaccine Adverse Event Reporting System (VAERS) reports), there have been 105 reported deaths associated with the MMR or MMRV vaccinations.

From 2006 to 2011, the CDC funded a project by Harvard Pilgrim Health Care, Inc. for the automation of the VAERS database. VAERS up to this point has been a passive surveillance system based on voluntary reporting of vaccine adverse events (AEs) and CDC officials were concerned about underreporting of such events. The team from Harvard Pilgrim set up a monitoring system of a large health care provider (with 35 clinics) and monitoring the outcomes of from 1.4 million vaccines received. Using chart abstraction, 35,570 potential adverse events were reported within a window of 30 days post-vaccination. In other words, the rate of potential adverse events was 2.6%. As legislators, you are feeling pressure to protect infants and others susceptible to poor infection outcome, but taking away the personal belief exemption for an ineffective product is not the answer.