Gates and Fauci Back Down on Vaccine Promises 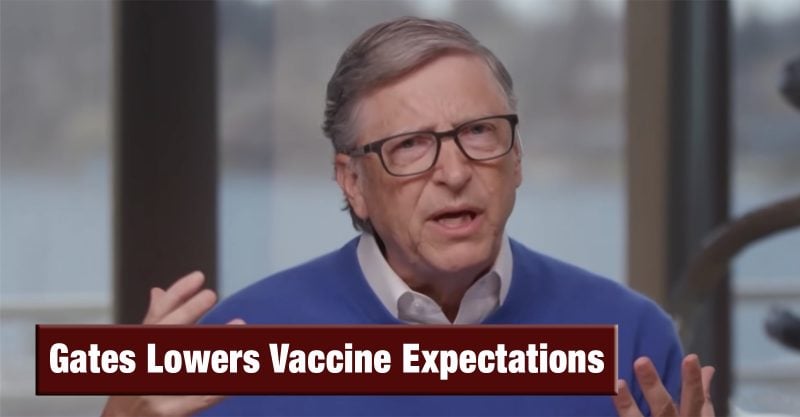 Bill Gates and the World Health Organization (see video) say they have confidence in the two leading COVID vaccines: the AstraZeneca (Oxford) vaccine and Moderna’s. Gates is invested in both. Their endorsement of these two lemons should worry anyone hoping that Operation Warp Speed, its billionaire patron and global regulators are capable of yielding a safe or effective shot.

Since February, Gates, Fauci, and WHO have been promising a jab that will induce immunity in 7 billion people, prevent transmission, and impose minimal side effects (see video.) Their current race to lower expectations cannot keep pace with the poor performances of their troubled products. Gates is now hinting that the vaccine may not prevent transmission. Fauci will now settle for 70% immunity (see video.)

Moderna passed over animal trials altogether, and then saw 20% of the high-dose group and 6% of low-dose group experience serious adverse events in its Phase 1 human trial. Following these dismal results, Moderna CEO Steve Bancel and four other executives in the company dumped more than $89 million in stock.

Both pathetic vaccines share a sole hope: They are both too big to fail. The Oxford jab got £111 million from the British government, and is already manufacturing billions of doses. Moderna got $500 million from Fauci and has 2 billion doses in production.  Poor us!