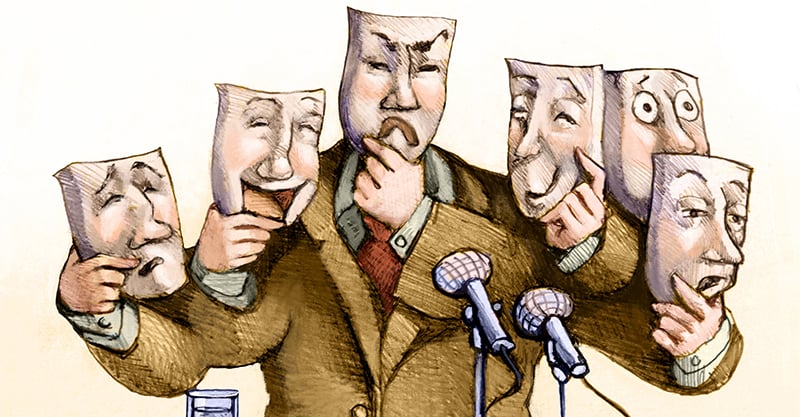 An increasingly tyrannical government-pharmaceutical industry partnership wants to vaccinate 100 percent of children from the womb on, no matter the child’s state of health or the family’s beliefs—and in spite of vaccination’s demonstrated failure to live up to its silver bullet promises. However, one formidable interlocutor—the informed parent—has always stood in the way of a complete victory over children.

From the point of view of those who seek to impose vaccination at all costs, there is an obvious way to deal with troublesome parents—recast them as the villains! And presto, an anti-parent campaign is unfolding, right on cue. The clever playbook to discredit parents includes multiple strategies ranging from the insidious to the overt, including reframing parental concerns about vaccine safety as “barriers”; deploying media-savvy vaccine industry shills to inflame public sentiment; and laying down a legal and medical foundation to allow children to consent to vaccines without parental permission. An observant writer in the United Kingdom has even noted that government officials are “calling for a clamp down on parents speaking to each other at school gates”! In each case, the paternalistic implication is that benighted parents are not acting in their children’s best interests and that experts know best.

The case of Ethan Lindenberger—a previously unvaccinated young adult who reportedly rushed out to get multiple vaccines as soon as he turned 18—is perhaps the best-known example of the strategy to depict non-vaccinating parents as dangerous ignoramuses. Lindenberger has become one of the anti-parent movement’s baby-faced front men, trotted out in front of Congress and the United Nations to pityingly describe his parents as “kind of stupid” and his mother as the victim of “deeply rooted misinformation.” (His mother’s retort: “They’ve made him the poster child for the pharmaceutical industry.”)

The burgeoning scientific literature on “vaccine-hesitant” parents is promoting a similar message, albeit dressed up in the veneer of impersonal academic research. The “vaccine-hesitant” moniker is apparently quite wide-ranging, encompassing not just parents who dissent from even one of the approximately 70 vaccines currently administered to children and adolescents, but also applied to parents who accept the premise of vaccination but wish to follow an alternative vaccine schedule.

From “vaccine hesitancy” researchers’ perspective, a variety of “beliefs” may factor into a parental decision to decline one or more vaccines, but they are all “barriers” to be eliminated rather than legitimate concerns to be taken seriously. Beliefs that researchers want to sweep out of the way include the perception that:

…writers display an ill-disguised hostility that characterizes parents who make different vaccine decisions as “idiots” and “cruel” and “terrible” parents.

In the current climate of divide-and-conquer politics and media censorship, we are witnessing numerous efforts to pit the pro-vaccine camp against those who are vaccine-risk-aware while impeding meaningful exchanges between the two sides. Internet sites and social media are now rife with sarcastic, vitriolic and even violent posts directed against “anti-vaxxers.” Far from displaying any willingness to engage in dialogue, these writers display an ill-disguised hostility that characterizes parents who make different vaccine decisions as “idiots” and “cruel” and “terrible” parents.

While the vaccine propagandists are happy when they can trot out a teen like Ethan who “defied” and “broke with” his parents to get vaccinated, perhaps even more useful are parents who recant their views—undergoing their own “transformation” from “anti-vaxxer” to “ardent proponent of childhood vaccines.” In August 2019, teeing up the media’s support for the September passage of SB 276, a formerly non-vaccinating California mom branded those who question vaccination as “dangerous”—the “drunk drivers of public health”—and declared that she not only endorsed the measure to go after medical exemptions but was proud of the “precedent” being set for vaccine laws in other states.

Alarmingly, vaccine professionals are also using their bully pulpit to wield strident anti-parent propaganda. In 2017, a prominent vaccine developer and industry spokesman got major media attention for his ominous calls to “snuff out” the antivaccine movement, and he continues to make similarly provocative statements. Most recently, his hostile stance toward vaccine-risk-aware parents was evident in remarks accusing parents of standing in the way of their children’s rightful “access” to vaccines.

Why expend any effort on convincing or bullying parents into vaccinating if one can simply proceed without parental permission?

Most parents take their responsibility to protect their children very seriously. However, judging by the growing number of publications and organizations calling for changes to vaccine consent laws, it seems clear that many vaccine officials would prefer to sidestep this parental bulwark altogether. Why expend any effort on convincing or bullying parents into vaccinating if one can simply proceed without parental permission?

This perspective was on prominent display in a July 2019 article in the New England Journal of Medicine. Although the authors concede that “most states would need to make substantive changes to laws governing medical consent” in order for minors “to choose to be vaccinated over parental objections,” the authors are all for it—and they share the American Medical Association’s opinion that children as young as 12 are capable of making these complex medical decisions. From the authors’ vantage point, overriding parental permission would have numerous advantages, including allowing children “to catch up on any missed childhood vaccines” and improving adolescent vaccine uptake. While the authors pay lip service to the importance of parental involvement in vaccination decisions, they conclude that teen and preteen consent would pose “minimal” risk while offering “substantial prosocial benefits, including reinforcement of the norm of vaccination.”

How are parents responding to these multipronged assaults on their right to protect their children? Recent events in California, New York, Maine and elsewhere suggest that parents are not backing down. Whether they choose to engage in protests, arrests or lawsuits, parents have apparently learned one lesson that officials have not—namely, that “tougher” and more coercive vaccination policies only lessen trust and lead to further polarization.