Taylor 2014: The International Fall-Back Position for Officials Challenged About Vaccine Safety and Autism 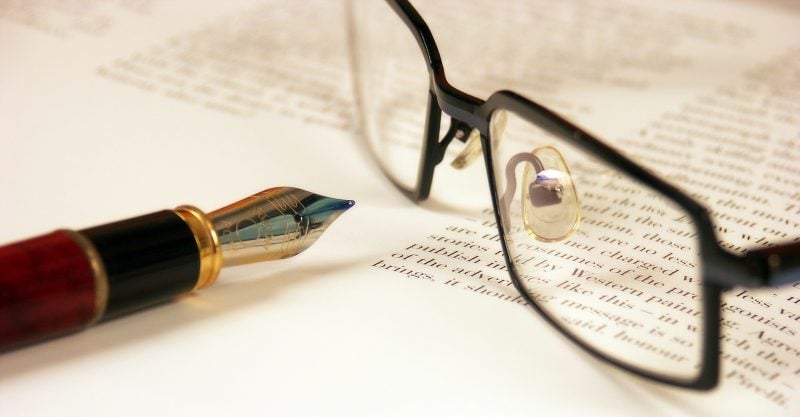 This is a complementary article to JB Handley’s “Vaccines and Autism—Is the Science Really Settled?” because of a parallel British experience I had. JB was bemused when he challenged Joshua Gordon, the presently appointed head of the United States about vaccines and autism, to be sent the “meta-analysis” by Taylor et al ‘Vaccines are not associated with autism: an evidence-based meta-analysis of case-control and cohort studies’. Could he do no better than that? In one respect this was consistent because this was the same study brandished by Gordon’s predecessor Thomas Insel at a 2014 Congressional hearing, when – if memory serves – Rep Posey chastised him by suggesting he might at least produce something that did not involve the research of Poul Thorsen, the former CDC employee on the run for embezzlement (whom the US government in all its might and majesty has now failed to extradite from Denmark in virtually in nine and a half years, despite being on the most wanted list).

In my case the story reaches back to November 2018 when I wrote to the British Government’s then Chief Medical Officer, Sally Davies, asking her to make good her claim that “we know” MMR “is a safe vaccine”. In response she referred me to the exact same paper Gordon cite to JB and Insel cited to Congress:

…Specifically in relation to whether MMR vaccines may be a cause of autism, a substantial body of population-based research has found no evidence to suggest a causal association. This evidence (not just for MMR, but other types of vaccine) is available for review in the published medical literature, and was summarised in a meta-analysis in 2014…

I think it is here worth mentioning that my answer (now recorded as part of an official document through Freedom of Information) was somewhat different than JB’s and therefore supplementary to it. Perhaps, when something is really rotten its rottenness may be multi-faceted, and this is what I have to add from my 2018 letter:

Regarding the meta-review by Taylor ‘Vaccines are not associated with autism’ [5] which you cited I note that there are just six MMR related studies included all of which have major problems. Three of the studies show apparent protective effect of MMR vaccines against autism (Madsen 8% [6], Smeeth 14% or 22% [7] and Mrozek-Budzyn 83%!!! [8]) which suggests bias. Of the Madsen paper Cochrane 2005 warned [9]:

“The follow up of diagnostic records ends one year (31 Dec 1999) after the last day of admission to the cohort. Because of the length of time from birth to diagnosis, it becomes increasingly unlikely that those born later in the cohort could have a diagnosis”

It remains troubling that as with a number of studies from this Danish group the co-ordinator on behalf of US Centers for Diseases Control, Poul Thorsen, is wanted for financial fraud from the CDC, though not extradited to the US now after nearly 8 years [10].

“The conclusion, however, implied bias in the enrollment of cases which may not be representative of the rest of the autistic population of the city of Atlanta, USA where the study was set.”

And indeed in 2014 the paper was repudiated by one of the leading authors, William Thompson [11]:

“I regret that my coauthors and I omitted statistically significant information in our 2004 article published in the journal Pediatrics. The omitted data suggested that African American males who received the MMR vaccine before age 36 months were at increased risk for autism. Decisions were made regarding which findings to report after the data were collected, and I believe that the final study protocol was not followed.”

The study by Smeeth [14] is compromised by its patchy data source, the General Practice Research Database where the autism rate represented is perhaps only one tenth of cases diagnosed [12]. Cochrane commented [9]:

“In the GPRD – based studies (Black 2003; Smeeth 2004) the precise nature of controlled unexposed to MMR and their generalisability was impossible to determine…”

It remains problematic whether the unvaccinated in this study were genuinely unvaccinated.

“The cohort study of Uchiyama 2007 was potentially affected by a different type of bias, considering that the participants were from a private clinic and that definitions of applied Autistic Spectrum Disorders (ASD) diagnosis and of methods used for ASD regression ascertainment were not clearly reported.”

And the Uno study [15] will suffer from similar issues since the cases came from the same clinic. Moreover, in both instances the studies were far too small (904 persons and 413) to necessarily provide any clear result even if they had been better controlled.

Nor can the Taylor meta-analysis [5] cover up the entire absence of pre-marketing studies. In 1988-9 when the British government was persuaded to introduce Pluserix, MMR2 and Imravax there were no safety studies at all, and successive governments have been forced into the defence of a policy which they had embarked on without safety evidence…

[5] Luke E Taylor et al, ‘Vaccines are not associated with autism: An evidence-based meta-analysis of case-control and cohort studies’, Vaccine 2014,

[10]  Office of Inspector General, US Department of Health and Human Services, Fugitive Profiles,

[11] Statement of William W. Thompson, Ph.D., Regarding the 2004 Article Examining the Possibility of a Relationship Between MMR Vaccine and Autism

Well, the British government cannot say it was not warned. Of course, it does not help that the 2020 Cochrane review of MMR whitewashes all but one of the papers it hitherto lambasted in 2003, 2005, 2012 (surprising that Gordon did not use that) but the ability of the world’s leading health officials to hide behind such poor data is a sign only of high level buffoonery while families suffer and (as with COVID) the economy goes down plug-hole with Autism Spectrum Disorders heading for 5% in schools, and going up by 20-25% a year. Cochrane is apparently paid for by the British, Danish and US governments in that order: they get the science they pay for more than ever. There is no longer the remotest reality check.