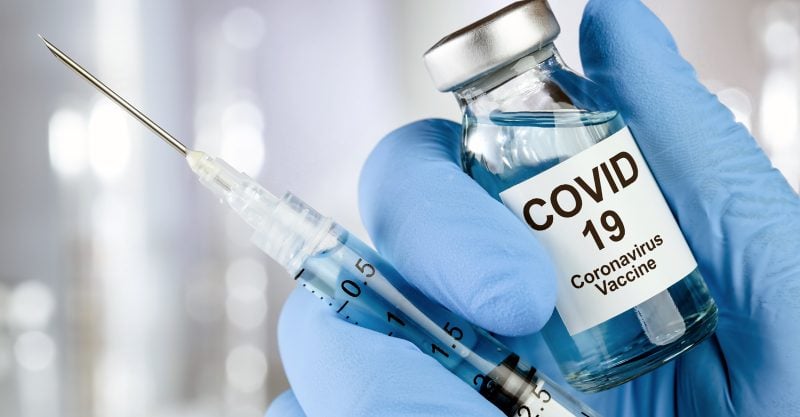 On Tuesday, AstraZeneca announced a pause on its experimental COVID-19 vaccine trial after a woman in the UK developed a “suspected serious reaction.” The company is also conducting trials in the U.S., South Africa and Brazil, with enrollment in all these countries on hold for now.

AstraZeneca is partnering with researchers at Oxford University to develop this vaccine, and is testing it on children as young as 5 years old. The World Health Organization’s Chief Scientist Soumya Swaminathan called the project a COVID-19 vaccine race “frontrunner” earlier this year.

The company asserts that a panel of independent experts will review the adverse reaction and decide whether or not AstraZeneca should lift the pause.

While AstraZeneca says the woman has not been officially diagnosed, an anonymous source told the New York Times that the woman’s symptoms were consistent with transverse myelitis (TM).

TM is a neurological disorder characterized by inflammation of the spinal cord, a major element of the central nervous system. It often results in weakness of the limbs, problems emptying the bladder and paralysis. Patients can become severely disabled and there is currently no effective cure.

Concerns over associations between TM and vaccines are well known. A review of published case studies in 2009 documented 37 cases of transverse myelitis associated with vaccines, including Hepatitis B, measles-mumps-rubella, diphtheria, pertussis, tetanus and others in infants, children and adults. The researchers in Israel noted “the associations of different vaccines with a single autoimmune phenomenon allude to the idea that a common denominator of these vaccines, such as an adjuvant, might trigger this syndrome.” Even the New York Times piece on the recent AstraZeneca trial pause notes past “speculation” that vaccines might be able to trigger TM.

Perhaps the most infamous example of this phenomenon is the case of Colton Berrett. Berrett received Merck’s HPV vaccine at age 13 after doctors advised his mother it would help prevent cervical cancer in his hypothetical wife down the line. After the vaccine, doctors diagnosed Berrett with TM, and the boy became increasingly paralyzed as his spine became increasingly inflamed. Doctors said he’d eventually lose the ability to breathe and the family chose to intubate him. After years of living with this disability, and needing someone to carry a breathing apparatus for him at all times, Berrett took his own life.

Even if AstraZeneca’s vaccine is found responsible for the trial participant’s TM symptoms, that may not become the official conclusion. In July, another participant developed symptoms of TM, and the vaccine trial was paused. But an “independent panel” concluded the illness was unrelated to the vaccine, and the trial continued.

As Nikolai Petrovsky from Flinders University told the Australian Broadcasting Corporation, these panels are “typically made up of doctors, a biostatistician and a medical representative of the sponsor company running the trial.”

It’s unclear if the panel that reviewed the first case of TM will be the same group of experts to decide if the second case of TM was caused by the vaccine, but the Oxford team seems to be laying the groundwork for another such conclusion.

“This may be due to an issue related to the vaccine. It also may not,” a spokesperson from Oxford University told ABC News Thursday.

Also of significance is the fact that researchers have yet to produce a safe and effective vaccine against any coronavirus. When researchers were experimenting on vaccines against SARS (similar to COVID-19 in that it infects the lungs), trials were halted completely, after the vaccinated animals developed even more severe (and sometimes fatal) versions of SARS than the unvaccinated animals.

As Forbes reported in May, all six monkeys injected with AstraZeneca’s COVID-19 vaccine became infected with COVID-19 after being inoculated. Then, all the monkeys were put to death, meaning the public won’t know if other issues were to have developed.

Adding obscurity to the AstraZeneca trial results is the fact that control groups are given Pfizer’s Nimenrix, a meningitis and pneumonia vaccine.

In a tweet, Oxford University’s Oxford Vaccine Group explained the decision, while seemingly indicating that it doesn’t expect its own vaccine to be safe at all since adverse reactions to Nimenrix and the new COVID-19 vaccine are expected.

Robert F. Kennedy Jr., chief legal counsel and chairman of Children’s Health Defense, explains, “Since none of these companies have ever had to test their products for safety against a true inert placebo, they have always been able to dismiss these sort of tragic outcomes as sad ‘coincidence.'”

Furthermore, AstraZeneca is no stranger to hiding negative trial data from the public eye. DrugWatch.com has documented this pattern at length. For example, the company knowingly and systematically hid results showing that its antipsychotic drug Seroquel was either ineffective or harmful, which is revealed in company emails. (AstraZeneca had to pay $520 million to the U.S. Department of Justice and $647 million in settlements after covering up Seroquel’s side effects.)

Not to mention, in March 2020, the U.S. Department of Health and Human Services issued a declaration under the PREP Act (retroactive to February), providing liability immunity “against any claim of loss caused by, arising out of, relating to, or resulting from the manufacture, distribution, administration, or use of medical countermeasures,” including vaccines. This means that AstraZeneca is indemnified against lawsuits, regardless of whether or not its new vaccine produces harmful effects.

AstraZeneca calls its recent decision to halt the trial a “routine action,” and some experts have chimed in with similar takes. Cambridge University lecturer Dr. Charlotte Summers contends the pause is a sign of the “rigorousness of the safety monitoring regime,” while Florian Krammer, a Virologist at the Icahn School of Medicine, similarly argues the move to pause proves that “only safe and effective therapies make it to the market.”

But, as Kennedy points out, this move to investigate adverse reactions is anything but routine. “The vaccine industry is unaccustomed to this level of scrutiny,” he says. He suggests that most vaccine approval processes are not subject to such investigation by the global public eye, and that “if the 72 doses now mandated for children [such as measles-mumps-rubella] had endured critical appraisal by so many eyeballs, not one of them could have gotten close to an FDA license.”