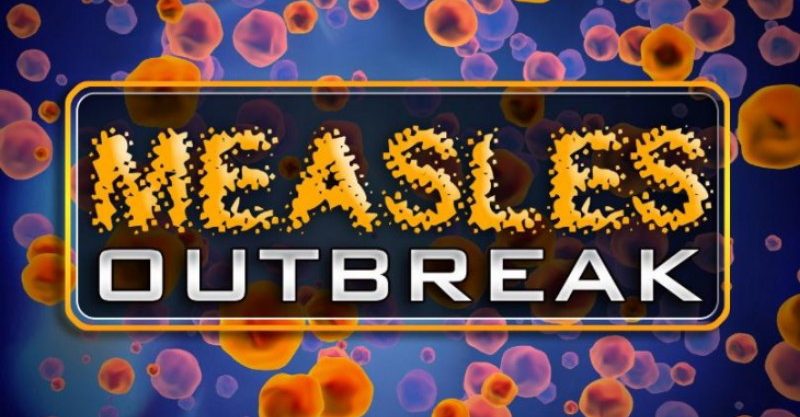 A 20-year-old’s death highlights vaccine dangers the CDC has known about for decades.

On September 3, 1992, a 20-year-old man with haemophilia A and asymptomatic HIV infection received an MMR shot to fulfill a college vaccination requirement for a second dose of measles-containing vaccine.

By July the following year, ten months after the vaccination, he had developed a dry cough and chills and was waking with night sweats. On July 30, 1993, he visited his physician and a month later he was hospitalized as he had lost weight, was feverish and struggling to breathe.

On October 6, 1993, 13 months after being vaccinated, doctors performed an open-lung biopsy on the young man. Biopsy specimens revealed measles infection in his lungs and he was diagnosed with measles pneumonia. The virus samples were stored. He was treated and stabilized and was discharged from hospital on October 29.

The following month he returned to the hospital, however, because of increased shortness of breath, chest pain, nausea and vomiting. He was treated again, his chest was drained and he was discharged on November 23.

On November 27,  the young man returned to the hospital because of nausea, vomiting and dehydration.

On December 13 he became encephalitic — his brain was swelling.

On December 17, 1993, 15 months after his vaccination, he died.In 1995, for undisclosed reasons, medical researchers decided to examine the measles virus isolated from lung biopsy tissue samples taken from the young man in October 1993. They sequenced the genome of this virus and compared it to the sequence of the Moraten vaccine virus strain and reported they differed by only two nucleotides, essentially confirming the identity of the virus isolated from the lung biopsy specimen from the young man as a Moraten vaccine virus.“[The Centers for Disease Control and Prevention] CDC was notified of these findings in March 1996, and supplemental sequence studies performed at CDC support the conclusion that Moraten vaccine was the source for the measles virus isolate,” the agency reported in its  Mortality and Morbidity Weekly Report (MMWR) in 1996.

While [the CDC] whips up terror about wild measles outbreaks, it’s hiding the dangers it knows about its engineered vaccine virus.

The case study reviewed here is from the 1990s but that is all-the-more troubling since it raises a number of serious public health questions that the CDC has known about for decades and has not yet attempted to address. Worse yet, it has not yet disclosed these known dangers to the public. While it whips up terror about wild measles outbreaks, it’s hiding the dangers it knows about its engineered vaccine virus.

The CDC has known for decades that its measles vaccine virus can cause infections, that those infections can lurk silently in people for a long time and they can kill, that the virus sheds in the urine of vaccinated individuals and that it can spread. In 2011, for example, doctors released a 22-year-old theatre worker in New York City from hospital with full-blown measles to roam the streets. They thought she was only sick with vaccine-associated measles. It looks just like measles but doctors are told not to count it when it occurs in the recently vaccinated and that it can’t spread.

They were wrong. The vaccinated “Measles Mary” spread the vaccine disease to four of her contacts (two of whom were fully vaccinated) who spread the disease until it became a full-on measles outbreak. Like today that was almost certainly blamed on irresponsible “anti-vaxxers” at the time, though it all began in a vaccine needle.

Public health does warn immunocompromised patients that they might get the disease they are being vaccinated against with a live-virus vaccine.  But does it tell them that the signs of infection might show up more than a year later? Or that they could die from it? No.  The rest of us are told the story that we must all take vaccines to promote “herd immunity” so that people who have weak or damaged immune systems are protected. But the truth is that immune-compromised individuals are the most vulnerable to the dangers vaccinated individuals pose. Vaccinated people shed live viruses that can infect and replicate uncontrollably in immune-compromised patients. These people are the most likely to experience grave side effects of vaccination. Public health knows that many of the most susceptible to infection damage are also the most vulnerable to vaccine damage — like the case study described above or these ones here, here and here.

Who is at risk?

The truth is that CDC people know that some children will be devastatingly diseased by vaccines and they don’t know who they are beforehand. Vaccination is a gamble. How do we know a child isn’t immune-compromised before we give him a vaccine?  These children are the most at risk of serious vaccine injury yet there is nothing to identify them. No one in public health is advocating screening children before vaccination to protect them. They just aren’t interested in those children who will pay the price for the “herd.”

Also, if public health has known for decades that a person can develop an infection from a supposedly attenuated virus more than a year after injection, why do all the vaccine safety studies only follow patients for weeks or even just days after vaccination?

And how common is late-onset vaccine infection?  How many patients who develop infections are biopsied and how many of those biopsies are sequenced and compared to vaccine strain? Almost none, I’d bet. Although the CDC gives no reason for the research on the case study, it likely came as a result of a damage claim for the patient’s death.  It could be that hundreds or thousands of infections are due to vaccine-related strains but never tested for it. If that sounds like an assumption, it is. But until there is vaccine science to study it, then it can’t be ruled out. The science is hardly settled if we don’t know answers to basic questions like how often people are infected by vaccine virus.

The truth is that the public health narrative about a benign, multi-billion dollar engineered vaccine virus stamping out a terrifying wild measles virus is unravelling. Nearly 30 years ago, a young man died and public health knew that story wasn’t true.  They should have dealt with the problem in front of them. But they didn’t.