Can Immune Dysregulation Cause Neurodevelopmental Disorders? 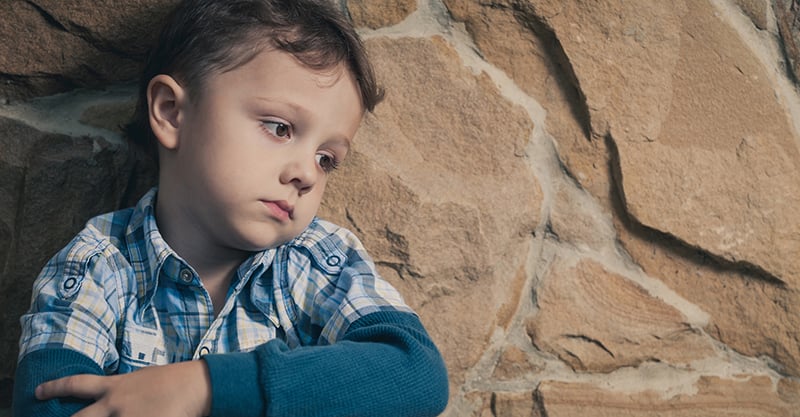 A common criticism of the Western medical model is that it tends to look at body systems in isolation from one another. Here and there, however, scientific disciplines arise that explicitly acknowledge interactions across systems. Neuroimmunology is one such field, having established that the central nervous system (CNS) and the immune system engage in bidirectional communication and that proper brain function depends on a well-regulated immune system.

As neuroimmunologists have come to accept that “components of the immune system play previously unrecognized roles in the nervous system,” the field has contributed substantially to the understanding of neurodevelopmental disorders and particularly autism spectrum disorders (ASDs). Neuroimmunology’s insights about ASD have been sorely needed because, on the surface, autism remains a subjectively defined “mental health” diagnosis (at least according to the Diagnostic and Statistical Manual of Mental Disorders), characterized by “dysfunction in social behavior and language, abnormal response to sensory input, and…repetitive behavior and cognitive disabilities.” As autism research has grown in sophistication—increasingly highlighting ASD’s underlying biological basis—it has become apparent that immune dysregulation is just as much of a hallmark of autism as brain inflammation is. What is more, the wrong kind of immune influences during pivotal stages of early brain development can have profound effects on both neural and immune function later in life.

Under ordinary circumstances, the immune system mobilizes inflammatory molecules in response to infection or tissue damage; once the job is done, the inflammatory response subsides. However, a delicate balance exists between the appropriate activation needed for “beneficial immune maintenance” and the “deleterious over-activation of immune cells” that can lead to systemic dysfunction. ASD and other neurodevelopmental disorders perfectly illustrate the situation of immune-inflammatory mechanisms gone awry.

A 2015 review outlined this “pro-inflammatory skew” in ASD, noting that autism is characterized, in part, by “hyperexcitable” and “exaggerated” responses from T cells—the all-important immune cells that attack foreign substances, augment the action of antibody-producing B cells and produce molecular messengers called cytokines. Autism researchers have noted the complex roles played by cytokines in neurodevelopment and have repeatedly observed elevated levels of some cytokines in individuals with ASD—including interleukin-4 (IL-4), interleukin-6 (IL-6), some types of tumor necrosis factor (TNF) and others. Elevated IL-4 in neonates has been associated with increased odds of severe ASD later in childhood. These “excessive and skewed cytokine responses” typify the ASD immune profile to such an extent that researchers have proposed using cytokine evaluation as a biological marker for ASD. According to the authors of the 2015 review, skewed immune-inflammatory mechanisms are not just associated with ASD but likely play a fundamental role in autism causation.

Blood Brain Barrier. How do immunological challenges contribute to ASD? One hypothesis is that immune dysregulation compromises the integrity of the blood-brain barrier and thereby triggers a chain of neuroinflammatory events. With a permeable and “permissive” blood-brain barrier, pro-inflammatory cytokines are free to pass through and can continue perpetuating a systemic inflammatory response.

Studies of vaccines have illustrated how this process may play out. Chinese researchers who explored the relationship between hepatitis B vaccination and neurobehavioral impairments in neonatal mice found that vaccination induced neuroinflammation through the action of the cytokine IL-4. In combination, the components of the vaccine (including both the hepatitis B antigen and an aluminum adjuvant) dramatically increased levels of IL-4 in the brain through penetration across the “immature” blood-brain barrier, both in the immediate aftermath of vaccination and over the longer term. The researchers explained that the neonatal overexposure to IL-4 triggered by the vaccine increased the blood-brain barrier’s permeability, allowing IL-4 to continue “infiltrating into the brain in the later life of mice.” Vaccine researchers have acknowledged that although vaccination is intended to “educate” the immune system, each new vaccine to which individuals are exposed “will potentially alter the dynamics of their immune system”—with sometimes “detrimental” effects.

Gut Microbiota. Another increasingly studied topic is the influence of the gut microbiota on the immune and nervous systems “and vice versa”—and the recognition that a healthy gut plays a critical role in proper immune system and neural development. When circumstances prompt abnormal development of the gut microbiota, it “can contribute to diseases of the gut as well as the CNS”—including not only ASD but conditions such as attention deficit hyperactivity disorder (ADHD), mood disorders, multiple sclerosis and even obesity. In a vicious cycle, imbalances in gut microbes “alter the whole-body and brain distributions of neurotoxins produced by [gastrointestinal] tract bacteria,” and the subsequent immune response increases systemic levels of inflammatory cytokines, once again significantly affecting the integrity of the blood-brain barrier.

Maternal Immune Activation. As written about previously by Children’s Health Defense, the concept of maternal immune activation has allowed researchers to zero in on the vital relationship between the immune system of a mother-to-be and fetal neurodevelopment. In combination with factors such as genetic susceptibility, maternal stress and exposure to “additional aversive postnatal events,” maternal immune challenges (and the resulting alterations in inflammatory cytokines) have been shown to be capable of affecting fetal brain development and increasing the risk of ASD, schizophrenia and other neurodevelopmental disorders. In a study of over 1.2 million pregnancies, Finnish researchers showed that elevated maternal levels of C-reaction protein (CRP)—a biomarker of “low-grade inflammation”—were related to “a significant increase in risk of childhood autism in offspring.” Calling attention to the importance of respecting the “exquisitely sensitive” developing brain, one group of researchers has emphasized that “the immune system has a critical role in brain development and associated behavioral outcomes for the life of the individual” [emphasis added].

Why the immune system matters

Researchers have pointed out that the interrelationship of an infant’s immune system with natural infections, microbiome development and environmental influences has been evolving “over millions of years”—and vaccination represents a very recent intervention in this evolutionary “maturation process.” What this observation suggests is that the utmost caution is warranted when attempting to jumpstart the fine-tuned immune system through vaccination.

Not everyone is accustomed to viewing neurodevelopmental disorders as conditions involving immune dysfunction, but adopting a neuroimmune-informed perspective is not just an abstract intellectual exercise. Understanding the immune system’s prominent role in the development of neurodevelopmental disorders such as autism—and acknowledging that vaccination represents a powerful immune system intervention—will make it far more possible to develop effective strategies for diagnosis, therapeutic intervention and, above all, prevention.