Black in the Age of Autism: A Tale of Two Boys 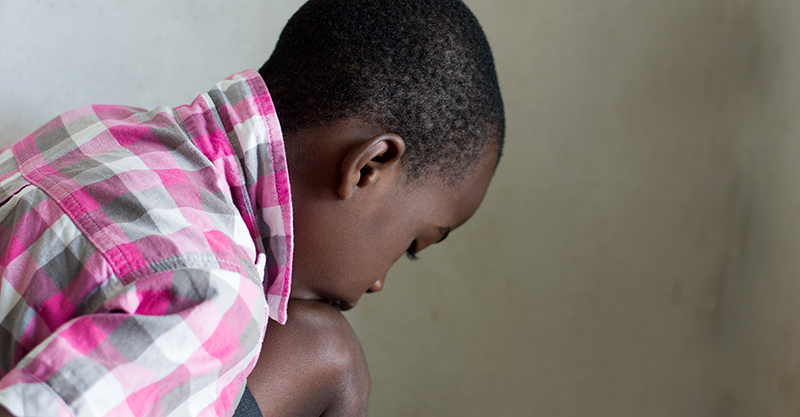 A beautiful African American baby came for a 15 month well checkup in 1998. His growth and development were normal. The mother had a smile on her face and joy in her heart.

Per the current CDC recommendations, the doctor ordered an MMR vaccine, along with the caveat that the baby may have a fever, rash or irritability about 7-12 days later. However, what happened was unexpected and frightening. He developed yellow mushy diarrhea and lost his emerging language. He changed from being a happy baby to being irritable and hard to settle. The doctor wondered what could possibly be going on.

That doctor was me.

Thus started my 22 years (and counting) diversion from teaching pediatrics in a family medicine residency program to trying to figure out what was happening to a generation of children who seemed to have much more chronic illness and neurodevelopmental problems than I had been trained to expect when I finished my Chief Residency in pediatrics at a highly regarded university.

In 2000, I started a solo practice to serve children who were falling through the cracks inherent in a world where short acute pediatric visits got reimbursed and  complex problems which required critical thinking and research did not. Fortunately, I had a husband with a salary and two kids who were likely to get college academic scholarships, so he enabled me to work for 16 months with no salary. I stumbled upon some pioneers who were looking at the medical problems of children with autism; neurodevelopmental pediatrician Mary Megson was the first I met. I began attending Defeat Autism Now! Conferences, where I met amazing mentors like Bernie Rimland, Jon Pangborn, Sid Baker, Richard Deth, and Jill James to name but a few. I began attending twice yearly ARI Think Tanks, where I learned from bench scientists, other clinicians, and brilliant parents of children with autism. The goal was to synthesize what the parents saw in their children with the best basic science and clinical acumen. I served as Medical Director of the Autism Research Institute for five years (which was wonderful) and as an expert witness in Vaccine Court (which was horrible).

Hearing the controversy over Wakefield’s concern over the safety of the MMR vaccine, I decided to dive into some clinical research to see for myself. Our gut biopsy study on 30 children with autism and 30 controls, interpreted by a local pathologist who was blinded as to the status of the child, replicated the findings of excess inflammation and increased lymphoid nodular hyperplasia in the children with autism compared to controls.

I became more concerned about the lack of double-blind vaccine trials, the adjuvants and excipients in vaccines, the synergistic effects of multiple vaccines given together and the growing burden of childhood chronic illness which was devastating families. Over the years I appeared before a Senate sub-committee, went to the leadership of the AAP, wrote to the CDC and attended NIH hearings to advocate for research into the medical problems in children with autism. I begged for a vaxxed/unvaxxed study. I have been spectacularly unsuccessful as there has never been a true placebo-controlled vaccine trial on single vaccines looking at long term side effects, much less on vaccines given in various combinations. Nor have there been CDC-funded studies comparing the highly vaccinated to unvaccinated children for prevalence of chronic disease.

Black boys who got MMR before the age of three were 3.36 times more likely to be diagnosed with autism.

Fast forward to 2016 when William Thompson alleged that the CDC knew, from a study done in the early 2000s, that age of MMR receipt was correlated with the risk of autism in African American children. Black boys who got MMR before the age of three were 3.36 times more likely to be diagnosed with autism.

In 2016, we were more than a decade into using a modified vaccine schedule (which still met criteria for Virginia kindergarten entrance). We avoided immunizing patients who were ill, advised against the use of acetaminophen after vaccines due to glutathione depletion, and factored in family history of allergy, autoimmunity, and autism when making vaccine decisions. Our prevalence of new onset autism in patients born into our practice was significantly lower than the national average. We gave MMR at 2 years of age for most children and only if they had no ongoing undiagnosed gastrointestinal problems and no recent antibiotics. We had no new cases of autism in African American children.

That changed when one of our Medicaid patients went to the local Health Department to get vaccines. We advise our patients to follow Advocates for Children vaccine recommendations when they go to the Health Department and to avoid vaccines when recently sick or on antibiotics, but this mother reported getting significant pressure to “catch him up” on vaccines.  At his one-year checkup, he was on 10 days of Augmentin for an ear infection and day 4 of RSV (respiratory syncytial virus). He presented to the Health Department 12 days after onset of RSV and received the following vaccines at once: DTAP, MMR, varivax, Hib and pneumococcal.

The patient returned eight days later presenting with fussiness & irritability; this is the same time frame one would expect an MMR reaction to manifest. At his 15-month checkup, he was having tantrums and head-banging and biting kids at day care. His head circumference had increased from 80th percentile at 12 months to 97th percentile, in the context of a family history of macrocephaly. He was referred to neurology.

A genetics workup included a chromosomal microarray, a Fragile X test, and testing 2000 genes known to be associated with autism and intellectual disability.  All were negative.

At age five, he is still on a waitlist for ABA. He got speech therapy and an IEP. He has global developmental delay and has “spells” but his EEG is normal. He has problem behaviors triggered by transitions and frustration at not being able to communicate. He hits, bites, kicks and pinches others and has self-injurious behaviors. I think the clinical evidence shows that he suffered neuroinflammation with the multiple vaccines given at 12 months.

Since the original results of the age effect risk of MMR for African American boys became known in 2016 (remember the data was from 2001) we have delayed MMR vaccine to age three for black children.

What about my original patient from 1998?  I still take care of him despite the fact that I told the parents I thought his autism was related to the shot I gave him when he was 15 months old. They forgave me because no one suspected problems back then. The infamous retracted Wakefield paper was published in 1998, and the kerfuffle had not started when I gave the vaccine order. He is 22 now, and has difficult-to-control seizures and very little language. He does not have the daily living skills to live independently. Other problems that have been identified include Vitamin D deficiency, allergies, and intermittent neutropenia. His only identified genetic risk factor is impairment in folate biochemistry related to his compound heterozygous MTHFR status.

His parents forgave me.  It took much longer for me to forgive myself.  My career since then has surely been motivated by my desire to make amends for my mistake.

The CDC apparently identified a signal of risk in 2001 and then manipulated the study protocol retroactively to make the signal go away. The suppression of the MMR autism risk played into decisions that were made by the Institute of Medicine and the National Vaccine Compensation Program (aka “Vaccine “Court”).

We do not have enough research to precisely calculate the relative risk factors that may be operative in autism risk for black children. But the parents of the approximately 100,000 African American boys who have been diagnosed with autism since 2001 may find the misinformation discounting risks of MMR in their children unforgivable.