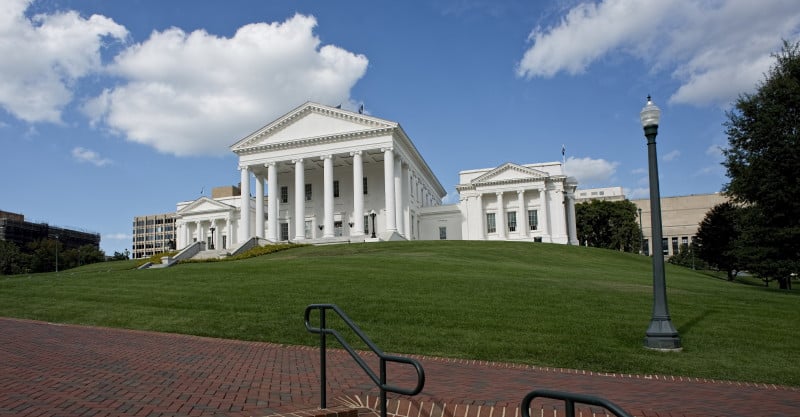 On February 18, more than fifty parents crowded into a Senate room to testify before the Senate Health Subcommittee regarding a bill that requires school immunizations. The bill they considered would transfer the legislature’s decision-making authority over vaccine mandates to the federal Centers for Disease Control and Prevention (CDC). Every vaccine on the CDC’s recommended list, except annual flu shots, would automatically be required of Virginia schoolchildren. Future CDC-recommended vaccines would be added to Virginia’s requirements too, without further deliberation. This would mean 13 additional vaccines against 8 diseases now, including hepatitis A, meningitis and the HPV vaccine for boys, and other vaccines in the future.

The Subcommittee voted 5-0 with one abstention in favor of the bill. But could there be a problem? The educated parents who took time out of their busy lives to testify think so. And notably not a single parent testified in favor of the bill — only physicians and medical representatives with professional and financial interests at stake.

Parents showed up for many reasons:

First, safety. Vaccines do not undergo the kind of rigorous safety testing that drugs do. Because vaccines are “biologics,” they can be tested for periods as short as 4 days, as for the hepatitis B vaccine, and are usually tested against other vaccines, not inert saline placebos. This kind of testing masks serious problems that only show up when vaccines are in widespread use.

The notion that vaccine injury is one is a million is a myth. A federal Agency for Health Research Quality study suggests that vaccine injury is as common as 1 in 38 vaccines given. Making matters worse, manufacturers and healthcare providers cannot be held liable — Congress granted them blanket immunity under the 1986 National Childhood Vaccine Injury Act.

In addition, vaccine are not always effective. They don’t confer any immunity in up to 10% of the population, and vaccine-induced immunity wanes over time. Outbreaks of pertussis, mumps, measles, and chickenpox regularly occur in vaccinated children.

Conflicts of interest are real. Because the CDC promotes vaccines, holds vaccine patents, and works closely with the CDC Foundation, to which Big Pharma contributes, it is not an unbiased referee. A revolving door between the CDC and the pharmaceutical industry as well as lucrative consulting contracts has led many observers to conclude that the CDC is captured by industry.

Dr. Bill Thompson, a Ph.D. scientist at the CDC who was granted federal whistleblower protection, alleges that CDC scientists found that African-American boys are 3.36 times more likely to become autistic from the measles-mumps-rubella vaccine before 36 months than if they received it after 36 months. CDC supervisors then required Dr. Thompson and his colleagues to destroy the data and publish inaccurate results.

If the Senate passes the bill, Virginia will automatically turn future CDC-recommended vaccines into statewide mandates without legislative review. Virginia would literally be making its children first-in-line to try new CDC-recommended vaccines. Does no one remember the CDC’s Tuskegee experiments on African-American males? People may not know that the CDC experimented with an unlicensed measles vaccine on inner city children as recently as 1989.

Similarly, the human papilloma vaccine should give legislators pause. The federal government has received over 520 death reports and over 64,000 serious injury reports about this vaccine. Indeed, in Tarsell v. HHS, the Court of Federal Claims actually decided that Gardasil caused the death of Christina Tarsell, a 21-year old college student.

Parents need to call the shots when it comes to their kids, and they need legislators to pause before they hand over their authority to unelected federal bureaucrats who are captured by the pharmaceutical industry.