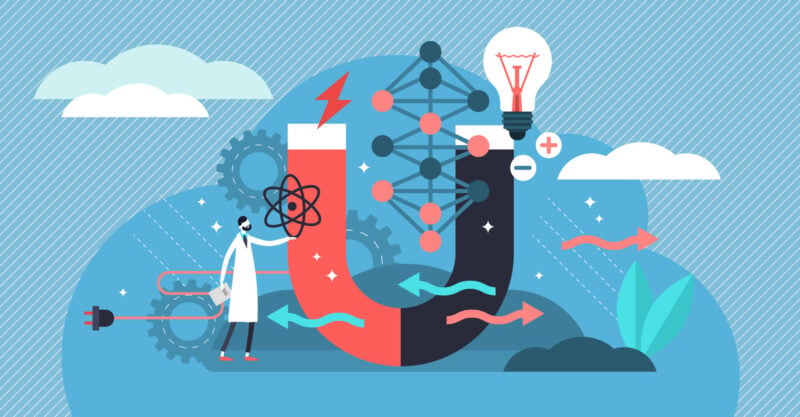 The electromagnetic force F that acts on a given charge q moving with a velocity ν in an electric field E and magnetic field B is given by the following equation:

Along with the electromagnetic force, the other fundamental forces of nature include the strong nuclear force, which describes the forces between protons within the atomic nucleus, the weak nuclear force, which governs particle decay processes such as radioactive decay, and the force of gravity, which is the study of the interaction between objects with mass.

In general, a “field” is any physical quantity that has different values at different points in space. Therefore, electromagnetic fields can be simply thought of as a mathematical function that describes the strength of the field and the direction of the field at different positions and times.

Static electric fields, or electrostatic fields, are generated by stationary charges — charges that are not moving and fixed in space. Static electricity is an everyday phenomenon that occurs when charged particles are transferred between bodies. Since materials differ in their ability to transfer charge, some materials accumulate charge while others lose charge. When charged objects make contact with a neutrally-charged object, the negatively-charged object neutralizes its charge by donating electrons, while the positively-charged object neutralizes its charge by adopting electrons. This discharge may result in an electric discharge that can be felt or seen.

A familiar example of this occurs when walking across a carpet with socks on and making contact with a neutral object, such as the metal screw on a light switch. Static electric fields also describe the phenomenon of lightning. In a rain cloud, colliding and bumping water molecules create a static electric charge. When a significant build-up of charge occurs, it rapidly discharges via the neutral ground, resulting in lightning.

Another static electric field source is high-voltage direct current (DC) powerlines. A DC is an electric current whose flow of charge is always in the same direction. DC currents are also used in electronic devices that are powered via a battery or rechargeable devices like smartphones and laptops that use an alternating current (AC) adapter to convert from AC to DC.

Electromagnetic radiation (EMR) consists of oscillating electric and magnetic fields that propagate through space, as shown in the diagram below. Oscillation or oscillatory motion is defined as the periodic variation of magnitude or position around a central value, typically with respect to time. In the case of electromagnetic waves, oscillation refers to the variation of the electric and magnetic fields. 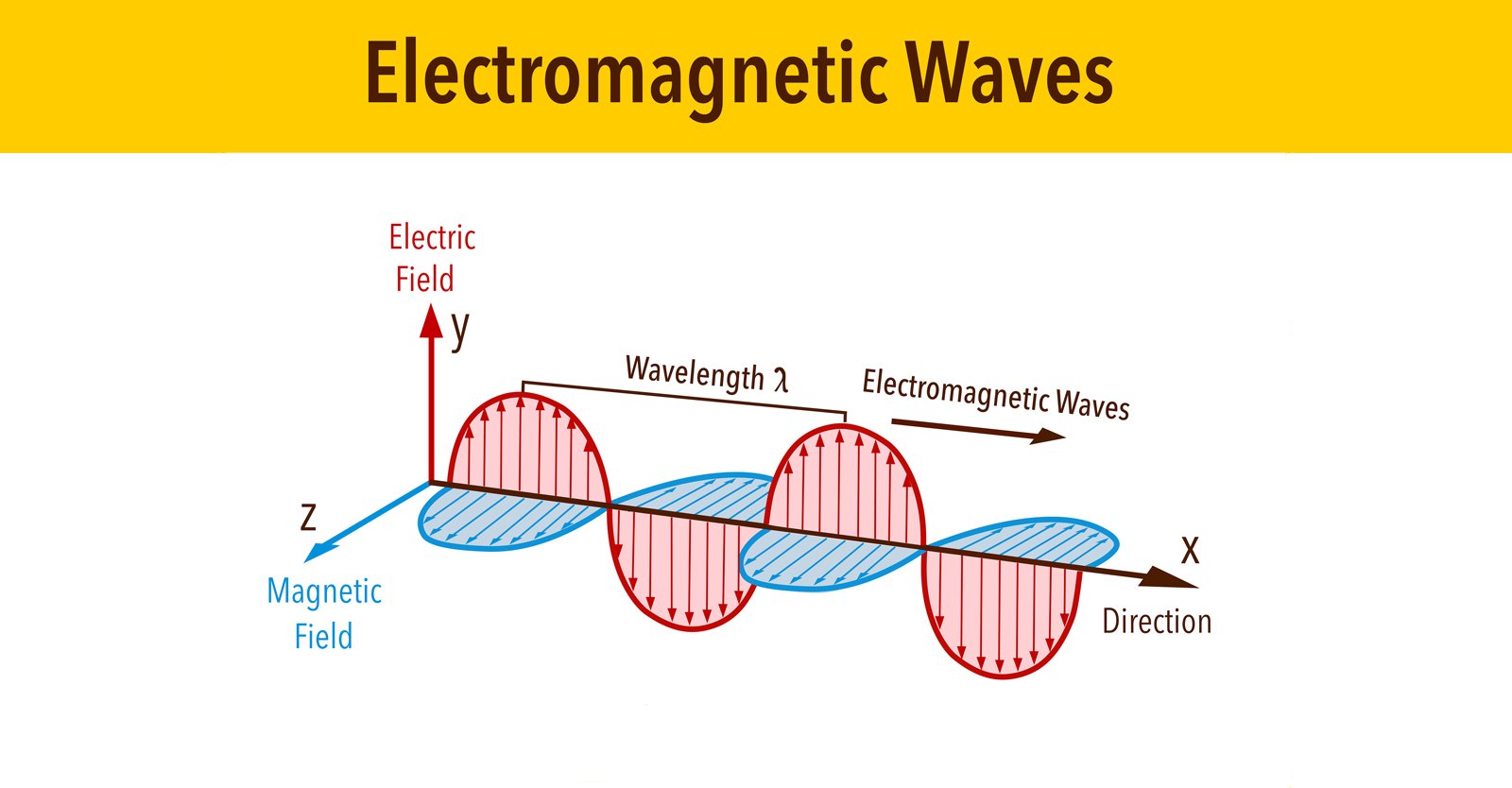 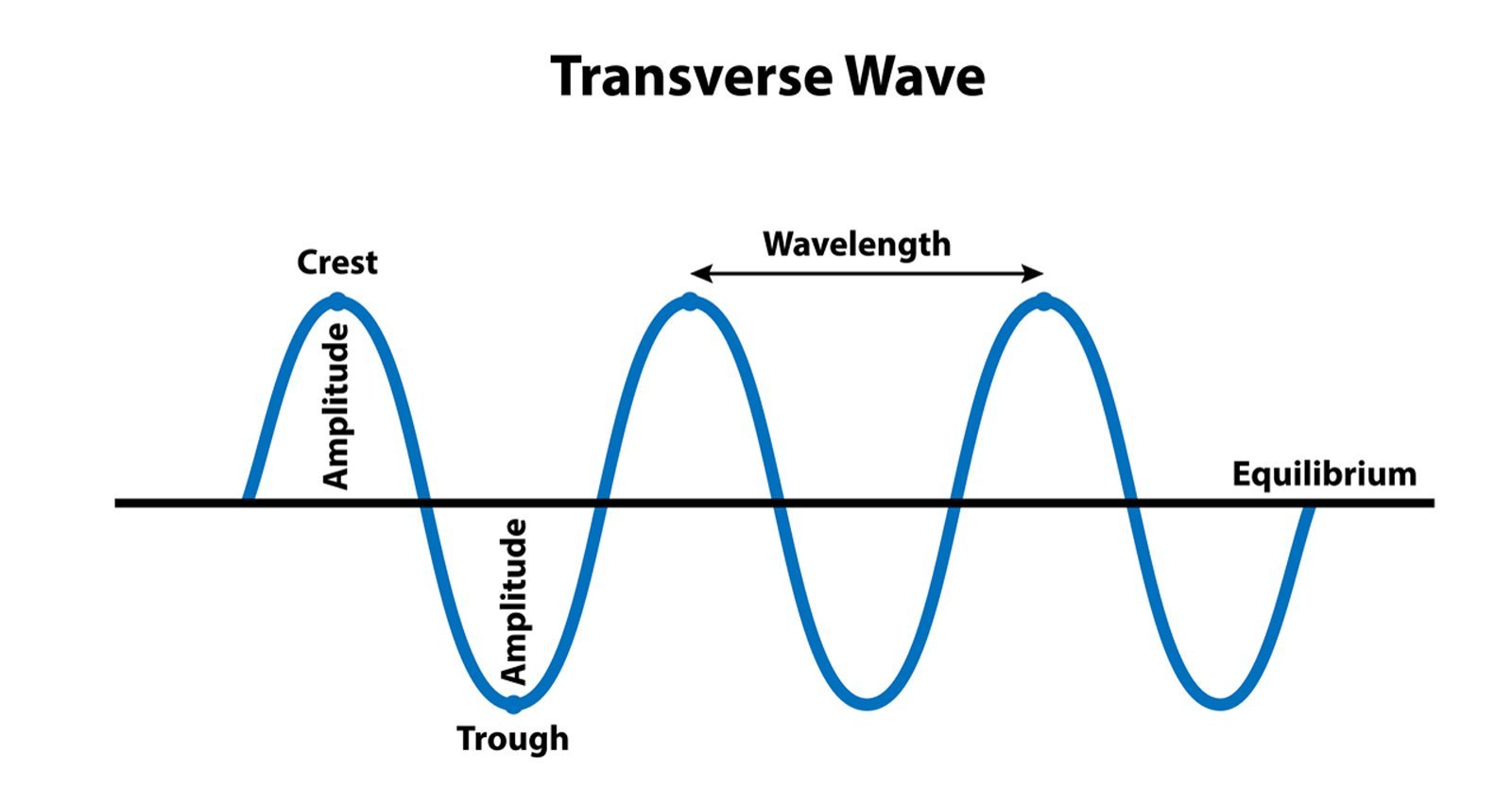 Ionization Energy and the Tetherball Analogy

The concept of ionization energy and the photon model of electromagnetic radiation can be better understood using an analogy of a tetherball. A tetherball is a playground game that consists of a ball suspended from the top of a vertical pole with a string, and tossed back and forth between players.

On the other hand, if the players, say children on a playground, toss the ball back and forth between themselves, and the string stays intact, this is analogous to non-ionizing radiation which does not have enough energy to break the bond between the electron and the atom. While this analogy does not describe all of the different types of damage that can occur from non-ionizing radiation, it illustrates a simple explanation of ionization energy.

Public ‘Not Being Told the Truth’ About Cellphone Radiation, Attorney Tells RFK, Jr.

How to Protect Yourself From Cellphone Radiation

Mind Control Through Sound Waves? ‘This Week’ With Mary + Polly