Dr. Zach Bush on Humans and Germs: ‘It’s Not Us Versus Them’

On a recent episode of “The Model Health Show,” Dr. Zach Bush, triple board-certified physician and thought leader on the microbiome, challenged the “us versus them” model of germ theory: “Without microbes, we don’t exist.” 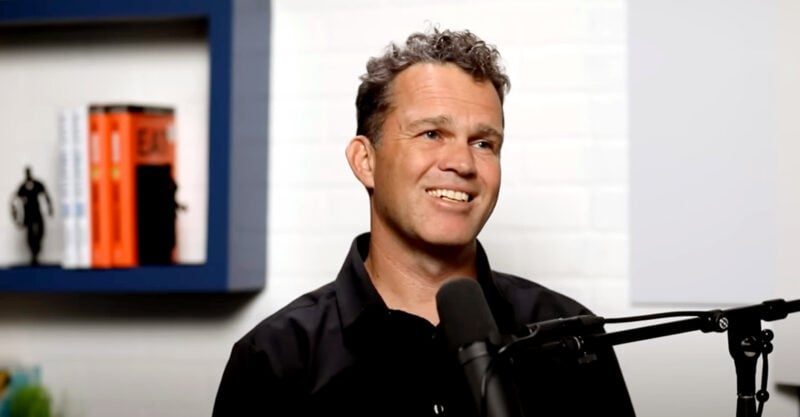 Dr. Zach Bush, a thought leader on the human microbiome, challenged the “us versus them” model of germ theory on a recent episode of “The Model Health Show” with Shawn Stevenson.

Bush is a triple board-certified physician specializing in internal medicine, endocrinology and hospice care. He is an internationally recognized educator and thought leader on the microbiome as it relates to health, disease and food systems.

But the last 20 years of scientific discovery about how a healthy human body is inhabited by trillions of microbes, including bacteria and viruses, and how the body relies on the presence of these microbes to function, have “disrupted” this model, Bush said.

“We’re finding our way in allopathic Western medicine to an unfortunate conclusion that we were wrong, and that all the other ancient sciences were right.”

For thousands of years, Bush said, ancient health sciences — such as Ayurvedic medicine and Chinese traditional medicine — have affirmed a model of the “complete oneness in biology” that regards human life as inherently in relationship with the rest of nature, rather than a view of human beings as separate from and at odds with other manifestations of biological life on Earth, such as microbes.

In this ancient science model “you can’t separate out a single species” as separate from the rest of nature because human beings derive their sense of health — including physiological coherency, mental sanity and personal identity — through being in communicative relationship with the rest of biology, according to Bush.

Germs and humans: not ‘us versus them’ but a ‘cooperative relationship between many species’

Bush explained how scientists such as Louis Pasteur developed a germ theory of disease based on the idea that humans are always under attack from disease via the presence of germs, including hostile viruses and bacteria.

Other scientists during Pasteur’s era, such as Antoine Béchamp and his colleagues, disagreed with Pasteur’s germ theory.

According to Bush, these other scientists said the notion of an “us versus them” reality of microbes attacking human beings didn’t make sense because humans never would have existed if it weren’t for microbes.

“[Microbes] were here long before us,” Bush explained, “then we emerged from this environment of microbes, so there’s no way they’re against us.”

In fact, recent research suggests the human body contains a vast microbiome of helpful bacteria, fungi and viruses so small they are invisible to the naked eye — but without them, we wouldn’t be alive.

“The microbiome is the collection of all microbes, such as bacteria, fungi, viruses, and their genes, that naturally live on our bodies and inside us.

“Although microbes are so small that they require a microscope to see them, they contribute in big ways to human health and wellness.

“They protect us against pathogens, help our immune system develop, and enable us to digest food to produce energy.”

Genetic sequencing of healthy human brain tissue has confirmed the presence of microbes that assist, rather than threaten, neurological functioning, Bush said.

“We can take a section of brain, genetically sequence it, and we find out — oh my God! — there are thousands of species of bacteria and fungi and yeast that are in the human brain when it’s healthy.”

This information is “super disruptive” to a world that thought the human body was home to only the human species and that the human immune system’s role was to eliminate the enemy germs that attacked it.

“Now we understand both the human body and the immune system to be one of a cooperative relationship between many species,” Bush explained. “And so, in the end, we are an amalgamation of life rather than a single species.”

Disease ‘emerges from a weakened body’

“Disease isn’t a phenomenon that simply attacks a human body,” Bush said. “Disease is something that emerges from a weakened body.”

“Nature conspires for our highest purpose,” Bush suggested. What appears as the onset of an illness is a human body in a weakened state making use of the presence of a microbe to renew and recharge its cellular energy to return to a stronger state.

Maybe an individual recently underwent a great deal of stress that weakened the body. The intelligence of the body, then, would decide “we’re going to benefit from four or five days in bed — or maybe four weeks in bed,” Bush said.

It’s like how a person will blame their partner for the foibles of the relationship, according to Bush. “But the fact is, you’re looking in the mirror and everything you’re blaming on them is happening internally. You’re projecting that outward.”

“Same thing with us and the microbes: If we’re having a problem and we keep blaming Lyme disease or coronavirus or HIV, we’re missing the boat.

“The story is a collapse within ourselves and ultimately that collapse is very interesting: It’s a loss of self-identity.

“The immune system is a system of communication. Its purpose is to maintain human identity. And you can’t do that in a vacuum. You do not know who you are if you are isolated.

“So the whole purpose of the immune system is a system of communication that brings us into this broad ecosystem of bacteria, fungi, viruses and the like.”

By communicating with these other species, we discover ourselves, said Bush.

Rather, it’s about communication across all cell structures, as if they were saying, “Oh! There’s a whole cell population over here that is damaged and pre-cancerous. Let’s wipe that out! Let’s clean this up!”

To do that, the immune system triggers a fever.

“One of the most powerful tools that the immune system triggers is a fever,” Bush said. “Fever is something we actually now do therapeutically to cancer patients.”

He described how using heat blankets to induce heightened body temperatures in cancer patients and then giving them tiny doses of chemotherapy is “extremely successful” in eradicating cancerous cells.

The kicker, however, is that bacteria living inside human cells in the form of mitochondria is what generates heat in the human body — yet another example of the interconnectedness of species in the “ecosystem” of the human body, Bush said.

“The mitochondria are this brilliant other organ system that is, as a cellular population, logarithmically larger than the human system. So our human cells are 70, 50 or 70 trillion, depending on who you read.”

“That’s a huge number,” Bush said. “But the 50 trillion cells are dwarfed by 14 quadrillion bacterium in our cells called mitochondria.”

“A trillion to quadrillion is a thousand-fold. A thousand trillion is a quadrillion … so when we ask what is the relationship between microbes and human health, it’s very simple: Without microbes, we don’t exist.”

We need to ‘live the null hypothesis’

Despite much research showing the inaccuracy of germ theory’s antagonistic view of human beings as separate from nature and constantly being attacked by hostile microbes, many academic scientists continue to hold this view, Bush said.

How can this be?

Bush suggested it’s a “follow-the-money” issue — how does the grant funding system for academic research work?

It’s also an intellectual focus on reductionism — a view that prioritizes studying a tiny, singular part of the whole rather than studying the entire organism in all its complexity and interrelatedness with other organisms, Bush said.

In order to get grant money to do research, Bush explained, academic scientists are required to take on a reductionist perspective that does not conflict with prior research — much of which was based on the assumptions of germ theory.

Since securing grant money relies on a peer-review process, bullying occurs in academia. If the research proposal threatens the theoretical basis of the grant panel experts who are reviewing the proposal, there’s little chance it will be funded.

This is a problem, Bush pointed out, because to learn something new, scientists must test their ideas against the “null hypothesis” of their ideas.

Any student of statistics knows that to set up a successful experiment, one should not test against one’s own hypothesis because that will likely lead to a biased perception of the experiment’s results.

Rather, one should test against the “null hypothesis” by testing to see if the opposite of one’s hypothesis can be proven false.

“We are probing the wrong question because the null hypothesis has not been asked,” Bush said. “We need to reiterate our understanding of biology within nature and therefore ask the tough questions.”

Bush suggested people “live the null hypothesis” by embracing curiosity about beliefs and ideas that appear opposite of one’s own, rather than perceiving differences through the lens of a threat.