In 9 days, on Nov. 16, Robert F. Kennedy, Jr.’s book — “The Real Anthony Fauci: Bill Gates, Big Pharma, and the Global War on Democracy and Public Health” — will be released. Pre-order your book today. 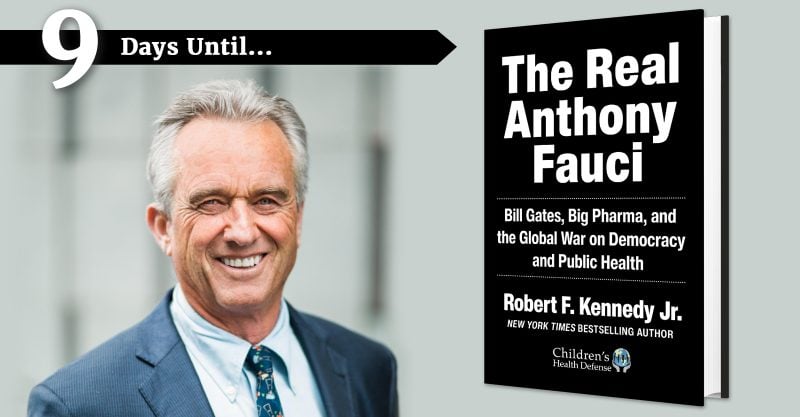 In recent weeks, mainstream and social media exploded with accounts of how Dr. Fauci used American tax dollars to fund cruel animal experiments. News storiesNews stories described how — after being starved and having their vocal cords removed so that they couldn’t howl or bark — beagles had their heads trapped in cages with hungry sand fleas that ate their hosts alive.

Kennedy explains in his upcoming book:

“In 1965, my father kicked down the door of the Willowbrook State School on Staten Island, where pharmaceutical companies were conducting cruel and often-deadly vaccine experiments on incarcerated children.

“Robert Kennedy declared Willowbrook a ‘snake pit’ and promoted legislation to close the institution and end the exploitation of children.

“Fifty-five years later, national media and Democratic Party sachems have beatified a man who presided over similar atrocities, somehow elevating him to a kind of secular sainthood.

“What dark flaw in Anthony Fauci’s character allowed him to oversee — and then cover up — the atrocities at Incarnation Children’s Center?

“At very best, there must be some arrogance or imperiousness that enables Dr. Fauci to rationalize the suffering and deaths of children as acceptable collateral damage in what he sees as his noble search for new public health innovations.”

The experiments at Willowbrook School are just the tip of the iceberg. Pre-order your copy of “The Real Anthony Fauci” today to learn the disturbing truth about Fauci’s unconscionable experiments on animals and children.