In a 30-minute speech on the Senate floor, Sen. Bernie Sanders (I-Vt.) said, “I am not sure that members of Congress have the willingness or the courage to stand up to the powerful special interests who control the economic and political life of this country.” 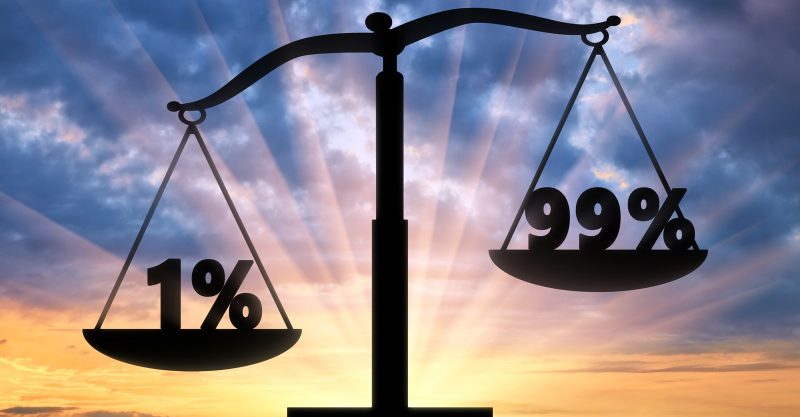 Less than 24 hours before his Senate Budget Committee hearing about Wall Street greed and oligarchy in the U.S., Sen. Bernie Sanders on Wednesday delivered a sweeping and impassioned speech — reminiscent of his two presidential runs — railing against Congress for serving corporate interests and failing to actually address the needs of the American people.

Speaking on the Senate floor for nearly half an hour, the Vermont Independent highlighted that the ongoing COVID-19 pandemic “has had a devastating and horrific impact,” from “severely” disrupting the education of younger generations to killing over 900,000 people in the U.S. alone, including essential employees forced to work in dangerous conditions.

“While the vast majority of people in our country are hurting emotionally, they’re hurting economically, these are not difficult times for everybody,” he explained. “If you are a billionaire in this country or a CEO of a large corporation … these times have not been bad — they have, in fact, have been very, very good.”

“When so many people have died, and become ill, and lost their jobs, and missed school and suffered,” Sanders said, “745 billionaires in America became more than $2 trillion richer. And that is, to my mind, the clearest example of the level of corporate greed that we are experiencing.”

“Corporate profits are at an all-time high and CEOs, heads of large corporations, have seen huge increases in their compensation packages,” the senator said, pointing out that chief executives now make about 350 times more than the average U.S. worker.

“And this issue — the issue of the incredible concentration of ownership in our country — is almost never talked about here in Congress or in the corporate media,” he continued, “and that has a lot to do with the corrupt political system that we operate under, where many members of Congress receive huge campaign contributions from these very same people.”

The Senate Budget Committee chair then took aim at three Wall Street firms that will also be targeted at his Thursday morning hearing: BlackRock, Vanguard, and State Street. They collectively manage over $21 trillion in assets, or more than the gross domestic product of the U.S., the world’s largest economy.

These three firms, Sanders explained, “are major shareholders in more than 96% of S&P 500 companies.” They “are the largest shareholders in some of the biggest banks in America” and “are among the top owners of the four major airlines.”

BlackRock, Vanguard, and State Street also “own an average of 20% of the major drug companies,” the senator said, while also noting that a handful of firms “are now the major owners of rental housing” and ” control half of the newspapers” in the country.

These are very difficult times for working families. But for billionaires and the CEOs of large corporations, times have never been better. I’m LIVE on the Senate floor to explain why. https://t.co/7NwsnAVwUo

“The reality is that tens of millions of working-class people, lower-income people, in the wealthiest country on Earth, are suffering today under incredible economic hardship, desperately trying day to day to survive.”

While “half of the people in our country are living paycheck to paycheck and tens of millions of our people are an accident, a divorce, an illness, or a layoff away from economic devastation,” Sanders noted, “over 80 million Americans are uninsured or under-insured and tens of thousands die each and every year because they don’t get to a doctor when they should.”

“Many public schools throughout our country lack the resources to adequately educate our young people, or pay their teachers the wages those teachers deserve — at the same time we are the most heavily incarcerated nation on Earth,” he added.

“Meanwhile, 45 million Americans who did go to college … are now drowning in $1.8 trillion in student debt.”

Americans aren’t just suffering, he explained. Polls show they are also “giving up on democracy.” As Sanders put it: “They work long hours for low wages. They worry about their kids. They can’t afford healthcare. They see their jobs going to other countries.”

Faced with such conditions, Sanders said, voters are frustrated with elected officials and wondering: “Do they live in the real world? Do they understand what is going on in our lives or are they too busy going out raising campaign contributions from the rich and the powerful?”

“The time is long, long, long overdue for the Congress to start addressing the needs of the American people,” Sanders declared. “And I know it is a radical idea to suggest that maybe, just maybe, we should do what the American people want, and not what the wealthy campaign contributors want.”

Sanders then detailed some actions the vast majority of Americans want Congress to take, from lowering the costs of prescription drugs and expanding Medicare to reforming the tax code.

“When overwhelming numbers of the American people know it is beyond absurd that some billionaires and large, profitable corporations don’t pay a nickel in federal income tax,” he said, “maybe, just maybe, we might want to change our tax system so that the rich and the powerful start paying their fair share of taxes.”