A Colorado Town Is About as Vaccinated as It Can Get. COVID Still Isn’t Over There.

San Juan County, Colorado, is one of the most vaccinated counties in the U.S. Leaders across the country continue to expound on the vaccine as the single path forward in the pandemic. But San Juan’s experience the past few weeks with its first COVID hospitalizations shows that, even with an extremely vaccinated population, masks are still necessary. 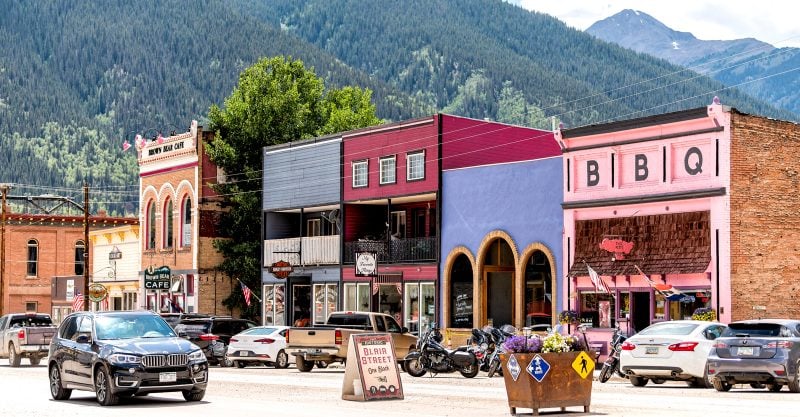 San Juan County, Colorado, can boast that 99.9% of its eligible population has received at least one dose of COVID-19 vaccine, putting it in the top 10 counties in the nation, according to data from the Centers for Disease Control and Prevention.

If vaccines were the singular armor against COVID’s spread, then on paper, San Juan County, with its 730 or so residents on file, would be one of the most bulletproof places in the nation.

Yet the past few months have shown the complexity of this phase of the pandemic. Even in an extremely vaccinated place, the shots alone aren’t enough because geographic boundaries are porous, vaccine effectiveness may be waning over time and the delta variant is highly contagious. Infectious-disease experts say masks are still necessary to control the spread of the virus.

The county logged its first hospitalizations of the pandemic in early August — this year, not 2020. Five summer residents were hospitalized. Three ended up on ventilators: Two recovered and the third, a 53-year-old woman, died at the end of August. All were believed to be unvaccinated.

Those cases and even the ones that didn’t need hospitalization raised the alarms for the county with a single incorporated town: Silverton. It’s a tight knit former mining community nestled in the mountains of southwestern Colorado, where snowstorms and avalanches often block the lone road that passes through.

“The pandemic is just still going on,” said DeAnne Gallegos, the county’s public information officer and director of the local chamber of commerce. “We kept thinking it was going to end before this summer. Then we were thinking in November. Now we’re like, ‘No, we don’t know when.’”

So the county decided to backtrack: “We went back to the tools that we knew we had,” Gallegos said. “Mask mandate indoors and then discouraging indoor events.” Outdoor events continued, such as a brass band concert on the courthouse steps, and the area’s signature Hardrockers Holidays mining competition, with its pneumatic mucking and spike driving.

On the whole, once the under-12 set is taken into account, 85% of the county’s total population is fully vaccinated. But in the summer, the population nearly doubles as seasonal residents roost in second homes and RV parks, some vacationing while others take up seasonal jobs.

Then, there’s what Gallegos described as “the tsunami of tourism” — the daily influx of people arriving on the historical railroad from Durango and the dusty jeep trails through the mountains. Many of those visitors are of unknown vaccination status.

The county’s two-week incidence shot up in August to the highest rate in the state, and stayed there for most of the month. Even though that spike amounted to a grand total of about 40 known cases, it was nearly as many as the county had logged during the entirety of the pandemic — and cases spilled into the vaccinated as well.

Any number of cases would be a big deal in a small place without its own hospital. “We are all one-man bands just trying to make it happen,” Gallegos said. The county’s public health director, Becky Joyce, for example, does everything from contact tracing and COVID testing to putting shots in arms.

And when the county restarted its mask mandate, it was Gallegos who designed the signs and spent her weekend zip-tying them around town.

The biggest concentration of COVID cases happened at an RV park and a music festival driven indoors by rain.

“It makes sense that coming out of three or four weeks of just jamming tourism, people were starting to get sick who work in the restaurants, at the RV parks,” Gallegos said. “And then you bring all the locals condensed together for a couple of nights of concerts and it was just the trifecta.”

Dana Chambers, who runs the hardware store in Silverton, was vaccinated as soon as possible. She said returning to a mask mandate felt in some ways like “a step back.”

But, she said, businesses like hers need the summer tourism rush to survive the quiet winter, when just a few hundred tourists come, largely to jump out of helicopters onto ski terrain. “If we have to wear the mask, that’s what we’ll do.”

Data shows the vaccines protect against death and hospitalization due to COVID. But even effective vaccines are no match for the transmissibility of delta.

“Even in the best-case scenario — if vaccines reduce transmission by 80% — you’re actually twice as likely to get COVID now than you were in July,” Raifman said, due to the virus’s recent proliferation. “It’s impossible statistically to achieve herd immunity with the delta variant.”

Meanwhile, many local and national leaders, including in Colorado, continue to focus on the vaccines almost exclusively as the path forward.

Talia Quandelacy, an epidemiologist with the University of Colorado-Denver and the Colorado School of Public Health, said the concept of herd immunity in this pandemic has been oversimplified and over-relied-on.

“It’s a useful guide to have some sort of target to aim for,” she said. “But usually, if we hit a certain metric, that doesn’t mean that transmission or the pandemic is just going to disappear.”

Many scientists agree that, especially with most of the world still unvaccinated, COVID is likely here to stay, eventually morphing into something more like the common cold. “It’s probably going to be a matter of a couple of years,” Quandelacy said. “But that seems to be the trajectory that we are on.”

For that reason, the “finish line” language used by many politicians has frustrated Anne Sosin, a policy fellow at the Nelson A. Rockefeller Center for Public Policy at Dartmouth College studying COVID and rural health.

The vaccines are doing what they’re supposed to do — keeping people from getting really sick, not keeping them from ever getting infected — but that hasn’t been communicated well. “The messaging around this has not been very nuanced,” she said.

She pointed to the experience of an epidemiologist who wrote in August in The Baltimore Sun that he’d caught COVID at a house party where all 14 guests and the host were vaccinated. The host had infected him and nine others.

“As miraculous as they are in keeping people out of the hospital and alive, we can’t rely on them alone to prevent infection,” Sosin said of the vaccines.

And public health experts said San Juan County shows that measures such as masks, ventilation and distancing are also needed. They are circulating the “Swiss cheese” model of COVID defense, in which each prevention measure (or layer of cheese) has holes in it, but when stacked together they create an effective defense.

Sosin said rural places, in particular, may need those layers of defense because residents are often tightly connected, and disease travels quickly within social networks.

Joyce, the public health director, who declined an interview request, wrote on Facebook in August that the county’s recent experience proved “the vaccine creates a line of defense but does not make us invincible to this disease or the variants.”

Raifman views that realization — paired with San Juan’s ensuing indoor mask requirement — as a success at a pivotal moment. The month-long mandate was then lifted Sept. 10, as the county had dropped back to a low COVID transmission rate. At the time, it was the only county in Colorado with such low transmission.

“This is the moment where we kind of define: How are we managing the virus over the longer term?” Raifman said. “So far, we’re defining that we don’t manage it; we let it manage us.”

Originally published by Kaiser Health News (KHN). KHN is a national newsroom that produces in-depth journalism about health issues. Together with Policy Analysis and Polling, KHN is one of the three major operating programs at KFF (Kaiser Family Foundation). KFF is an endowed nonprofit organization providing information on health issues to the nation. 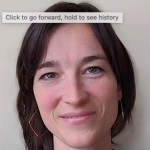 Rae Ellen Bichell is a Colorado Correspondent for Kaiser Health News, based in Longmont.