On the latest episode of the “The Defender” podcast, British funeral director John O’Looney spoke to Children’s Health Defense Chairman Robert F. Kennedy, Jr. about what he witnessed while working on the frontlines of the COVID pandemic in the UK. 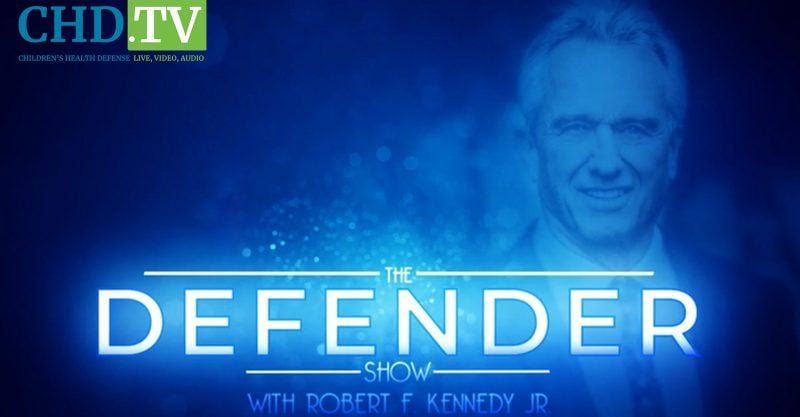 On the latest episode of the “The Defender” podcast, British funeral director John O’Looney told Children’s Health Defense Chairman Robert F. Kennedy, Jr. what he witnessed while working on the frontlines of the COVID pandemic in the UK.

O’Looney told Kennedy how the UK media misrepresented COVID to scare the public, how powerful sedatives were overprescribed in senior care homes and how do not resuscitate (DNR) orders were assigned to patients without consent.

O’Looney described how early on in the pandemic, the BBC contacted him for an interview — then turned the interview into a propaganda piece to spread fear. He said the BBC journalist spent 20 minutes going over “what she wanted [him] to say.”

“[The BBC] got me to dress up in full PPE and a face mask, which is not something I would usually do,” he said.

O’Looney told Kennedy that as a funeral director, he witnessed many deaths wrongfully labeled as COVID deaths. For example, he recalled the case of a man “who was hit by a car and [died with] tire marks from his head to his shoulder.” The man’s death was attributed to COVID, O’Looney said.

O’Looney said senior care homes pushed the powerful sedative midazolam on older people. Through the UK’s equivalent of a Freedom of Information Act request, O’Looney discovered UK government purchases of midazolam rose by 300% to 1,000% during the pandemic.

In the U.S., the drug is used for state-sanctioned lethal injections.

O’Looney discussed how during the height of the UK’s COVID spike, DNR orders were given to COVID patients without the patient’s consent or the patient’s family’s consent.

The UK media reported these DNR orders were given predominantly to those with learning and other disabilities.

O’Looney dismissed claims that he’s “anti-vax,” saying he’s had “all vaccines throughout his lifetime with the exception of the COVID vaccine because I see firsthand the damage it’s doing.”

Listen to the interview here: