Dean Wilson, executive director of Atchafalaya Basinkeeper, is willing to put his life on the line to protect the nation’s largest swamp, he told Robert F. Kennedy, Jr. in an interview on “RFK Jr. The Defender Podcast.” 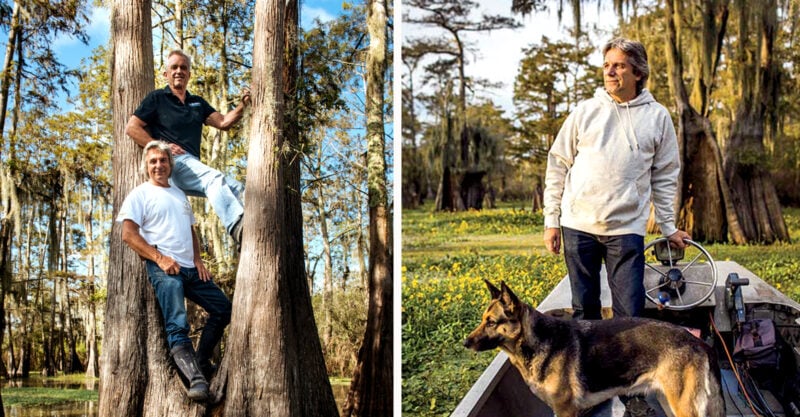 Dean Wilson is willing to put his life on the line to protect the nation’s largest swamp. By “standing between the loggers and the cypress,” he has saved the Atchafalaya Basin in Louisiana more than once.

Wilson is executive director and basinkeeper of Atchafalaya Basinkeeper, an organization he founded in 2004 to protect and restore the basin. The group is a member of Waterkeeper Alliance, founded by Robert F. Kennedy, Jr.

He has lived in the Atchafalaya Basin since the 1980s. And has been the target — sometimes literally — of the cypress logging industry.

Wilson discussed the importance of the basin — and all of America’s wetlands — with Kennedy on “RFK Jr. The Defender Podcast.”

The Atchafalaya Basin is the basin of the Atchafalaya River, a 135-mile-long natural distributary of the Mississippi River that empties into the Gulf of Mexico.

The most ecologically vital parts of the basin include some 885,000 acres of forested wetlands and 517,000 acres of marsh, according to the Basinkeeper group.

The basin is also one of the biggest migratory staging grounds for waterbirds and shorebirds in North America, Kennedy explained.

Wilson agreed. “For the ecology of the planet, we’re talking about probably the most important single ecosystem in North America for migratory birds,” he said.

As coastal wetlands recede, those farther away from the coast are the ones that will still be here in 50 to 100 years, Wilson said. The Atchafalaya Basin is the largest and most important of them, he added.

In 2008, Kennedy called Wilson “the eyes and ears of the Atchafalaya,” and also its “voice and fist,” in a Mother Jones article featuring Wilson and his sometimes dangerous efforts to protect the swamp against cypress loggers.

Loggers came to the Atchafalaya in the late 1990s. The state of Louisiana told residents that their harvesting of cypress trees for mulch and lumber was sustainable and beneficial, Wilson said, but he could see this wasn’t true.

He worked to save the cypress forests for “a spiritual reason,” he told Kennedy. “I didn’t think we had any hope to stop anything, but I just could not see myself walking this planet in a time of history when that was taking place and do nothing about it.”

Wilson put himself at risk by following mulch trucks and flying over logging roads to track the logging companies’ activities.

At one point, logging industry agents poisoned his dog, he said. He also was on the receiving end of death threats from industry representatives.

Finally, the U.S. Environmental Protection Agency agreed to enforce Section 404 of the Clean Water Act and in 2008, Walmart, Lowes and Home Depot declared a moratorium on cypress mulch from coastal Louisiana.

In 2012, logging operations stopped in the basin thanks to pressure from Atchafalaya Basinkeeper. But threats continue, and Wilson and his group remain vigilant, he told Kennedy.

“I believe there is a heaven,” he said. “And I don’t think I will go to it if I look the other way” while the basin is threatened.