Playwright and novelist CJ Hopkins spoke this month with Robert F. Kennedy, Jr. on “RFK Jr. The Defender Podcast” about totalitarianism, populism and global capitalism in the era of COVID-19. 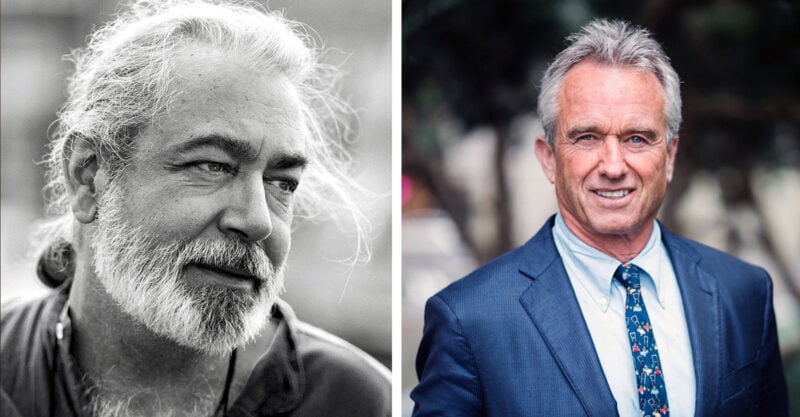 “This is what we’ve seen for the last two years … this spirit or this energy being turned on society with just an unbelievable intensity,” Hopkins said.

Kennedy and Hopkins in early April discussed the emergence of totalitarianist-like rule in recent decades — and especially during the COVID-19 outbreak. Kennedy thanked Hopkins for “continually being a voice of informed and idealistic dissent.”

Hopkins’ plays include “Horse Country,” “screwmachine/eyecandy” and “The Extremists.” He is the author of several essay collections drawn from his satirical blog Consent Factory, and the 2017 dystopian novel “Zone 23.”

Hopkins is “honest as daylight,” said Kennedy, and a “guru” of critical thinking. “His honesty gives him a clarity of thought and a clarity of expression,” Kennedy added.

“How do we describe the functioning power system that we are living under? Currently it doesn’t really fit the old models. I don’t think we have gotten our minds around what it is yet.

One of Hopkins’ books is “The War on Populism,” and he and Kennedy discussed how populism can become warped.

“Populism often begins with an idealistic impulse,” said Kennedy. “But it also tends to align itself with all of the alchemies of dark demagoguery.”

Hopkins said he wrote his first stage play after the collapse of the Soviet Union, when he felt we entered a “new world,” a “global capitalist” world:

“I think for the first time in human history, we live in a world that is dominated by a single ideology and it’s complex. … It’s not seven guys sitting around in a room, you know, making up conspiracies.

“It’s a very, very complex situation, but nonetheless, it is the first time that one ideology, one power system, dominates the entire globe so much.”

Kennedy and Hopkins also discussed whether the end of COVID-19 restrictions will mean the end of government overreach.

Hopkins was pessimistic. “Pathologization of everyday life” is here to stay, he said.

Kennedy agreed, saying that although he tries to get up every day and “fight the bad guys,” he worries the powers that be have a series of crises lined up in the pipeline.

The government will not relinquish accumulated powers, Kennedy said, but instead, “it’s holding them in the back pocket.”

Hopkins said, “I feel like the overarching message of the last two years has been … ‘shut up and get in line.’ … It’s a more brazen totalitarianism than I’ve ever experienced  from the West in my lifetime.”

“It’s a scary, scary world that we’re living in and it’s getting scarier,” Hopkins added. “This is why I use big scary words like ‘totalitarianism.’”