On Dec. 7, the Pennsylvania Supreme Court will hear oral arguments in the case urging the court to reject a smart meter mandate promoted by the state’s Public Utility Commission and PECO, a local utility company. The public can listen to the hearing live via YouTube. 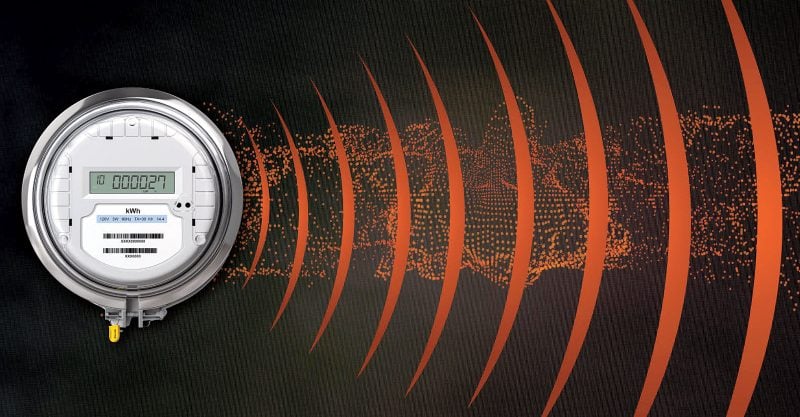 CHD’s amicus brief was joined by eighty organizations, 57 Doctors, and 19 Scientists. This case is important not only for Pennsylvania residents, but also because it may have implications on a national scale.

On Dec. 7, the Pennsylvania Supreme Court will hear oral arguments in the case. The public can listen to the hearing live via YouTube.

“Smart” wireless utility meters have been deployed in the U.S. for the last 10 years or so, replacing the analog mechanical meters that were used to measure electric use for decades. Smart meters contain transmitting antennas that continuously communicate the electric usage to the utility company, via wireless technology.

Since the beginning of their deployment, smart meters have been shown to be a major cause of sickness, and activist groups around the country have fought their forced installation.

Utility companies and state public utility commissions have denied the harm, claiming these meters are safe as they comply with the Federal Communications Commission (FCC) safety regulations. Nevertheless, some companies allow consumers to opt out of the smart meter technology.

This case concerns a 2008 Pennsylvania law, Act 129, a smart meter opt-in law interpreted by the Pennsylvania Public Utility Commission (PaPUC) to mandate wireless smart meters on homes, and to deny disability accommodation to those adversely affected by exposure to pulsed radiofrequency (RF) radiation emitted by these meters and other wireless devices.

All parties then appealed the Commonwealth Court decision to the Pennsylvania Supreme Court (called “cross-appels”), which agreed to hear the cross-appeals.

Losing this case could have devastating implications for any smart meter opt-out program around the country. It may also adversely affect the right for disability accommodation for those who are harmed by these meters and other wireless devices.

CHD’s historic win in its case against the FCC for the agency’s decision not to review its 1996 health guidelines is important for the consumers’ case. After the U.S. Court of Appeals for the D.C. Circuit ruled in August that the FCC’s decision not to review its guidelines is not evidence-based and that the agency failed to review overwhelming evidence of harm, including in regard to smart meters, these meters can no longer be regarded as safe.

Further, CHD’s amicus brief reveals an admission of harm by the FCC for frequencies below 10 MHz. Such frequencies emitted by these meters enter a house’s electric wiring, thereby transforming it into a whole-house antenna. The symptoms admitted by the FCC are similar to those described by the consumers.

Statements included in CHD’s amicus provide strong support to the consumers’ claims. The amicus brief included a statement from 57 physicians who, combined, have more than 3,000 patients who developed electrosensitivity from exposure to wireless radiation-emitting devices, including smart meters; a statement from 17 expert scientists explaining the scientific evidence of harm; a statement by an expert engineer regarding the operation of these meters; and a statement by the Building Biology Institute.

Until this stage of the case, all consumers were represented by the same attorney, Steve Harvey. However, for the appeal to the Pennsylvania Supreme Court, two of the consumers, Laura Sunstein Murphy and Maria Povacz, decided to discontinue Mr. Harvey’s representation and engaged another attorney, Tracey Lewis.

CHD’s amicus is in alignment with the arguments made by attorney Lewis (rather than those that were made by Mr. Harvey). In this cross-appeals hearing scheduled for Dec. 7, both attorneys for consumers (Lewis and Harvey) will have time to speak in addition to the PaPUC and PECO attorneys. Each of the attorneys has 15 minutes.

The case is second on the court’s roster, scheduled for the 9:30 a.m. ET session. However, this hearing is unlikely to start before 10:30 a.m. ET. According to Lewis, the court’s first case for the day is super-charged as it involves a police shooting. Therefore the court is expecting a large turnout and said they will take extra time to clear and sanitize the courtroom between arguments.