Advocacy group says a just and rapid transition to organic and regenerative agricultural practices would address the problem of pesticide contamination of groundwater and drinking supplies. 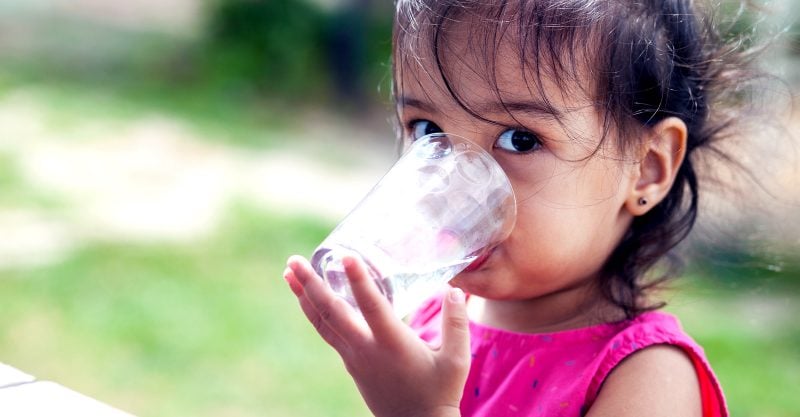 There is considerable ink (digital and actual) covering the health and environmental impacts of pesticide exposures, and reporting on the issue of pesticide migration into groundwater and waterways.

Beyond Pesticides maintains that organic practices in land management, and especially in agriculture, are the solution to the contamination of our waterways and groundwater. Such practices, widely adopted, would have enormous salutary effects on human health and the health of ecosystems and their inhabitants.

Published in Environmental Science & Technology, the study paper reports this research as the “first systematic assessment of raw [untreated] groundwater used for public drinking supply across the United States to include and provide human-health context for a large number of pesticide degradates.”

Samples for the research were gathered across 1,204 sites — at or near the wellheads — in 23 principal aquifers whose groundwater is tapped for drinking water supply used by approximately 73 million people. The samples were analyzed for 109 pesticides and 116 degradates.

How do pesticide compounds get into groundwater and drinking supplies? Rain or snow melt can transport pesticides from farm fields, residential properties, and managed turf (e.g., golf courses, parks, athletic fields, etc.) through storm drains or as runoff that is absorbed into surface soils — especially fairly permeable soils. The water then percolates down, in a process known as “recharge,” into deeper soils. Any aquifers, whether shallow or deep, acquire this water with the pollutants in it.

Wells that draw on such aquifers, whether public or private, can become contaminated with pesticides and their degradates. The paper notes that, “Pesticide degradates are often detected more frequently and at higher concentrations than their parents due to high transformation rates and because long travel times, common from source to the depth zone used for public supply, support environmental transformation.” In addition, aerial pesticide application can land on off-target areas or arrive via drift, contributing to the migration of these compounds through soils and into groundwater.

As context, the paper sets out the magnitude of pesticide use (excluding antimicrobials and biologics) in the U.S. — 400–450 million kg from 2005 through 2012 — and recognizes that “pesticide compounds vary widely with respect to types of human-health effects and potential degree of toxicity.” It identifies the five most common agricultural pesticides in use as of 2017: glyphosate, atrazine, metolachlor-(S), 2,4-D, and acetochlor, and notes results of a 2020 study showing that in the western U.S., atrazine is the most frequently detected pesticide in drinking water supplies (see bullet points, below).

The occurrence of particular pesticide compounds and degradates in groundwater shows variance across different regions of the country. These variances are due to a variety of local factors, including: particular regional agricultural pesticide uses and protocols; proximity to non-agricultural sources of pesticide use (e.g., golf courses or other managed turf); local hydrological dynamics; and the nature of the local/regional soils, among others.

Among the analysis data of the research were these outcomes:

The research also finds that, though the presence of pesticides in its samples was common, concentrations that “approach [benchmark] levels of potential human-health concern” occurred for a small number of compounds, and none of the samples yielded levels higher than the benchmarks (BQs) used by the study (“of detected pesticide compounds with benchmarks, none had a BQ > 1”).

There were, however, six pesticide compounds (and 1.6% of well samples) that showed concentrations “approaching levels of potential concern.” Those pesticides were alachlor, atrazine, and diuron; the degradates included didealkylatrazine/CAAT, 4-hydroxychlorothalonil, and deethylatrazine/DEA.

It is instructive, if disconcerting, to read Beyond Pesticides 2008 coverage of a USGS study that evaluated the presence of pesticides in groundwater samples taken in 1993–1995 and 2001–2003. Among the results, which reinforce the new findings: “The six pesticide compounds detected are the triazine herbicides atrazine, simazine, and prometon; the acetanilide herbicide metolachlor; the urea herbicide tebuthiuron; and an atrazine degradate, deethylatrazine (DEA).”

The whole “benchmark” issue re: human health impacts, while complex, is important. The Environmental Protection Agency (EPA) has established some MCLs, or maximum contaminant levels (levels lower than threshold levels expected to confer significant health risk) for 18 pesticides, and so-called HHBPs (human-health benchmarks for pesticides) for another 394 that lack MCLs. Another federal agency, the USGS (U.S. Geological Survey) uses an unenforceable system of screening levels (HBSLs, or Health-Based Screening Levels) for 30 pesticides and seven pesticide degradates that lack either MCLs or HHBPs.

These various thresholds point to a variety of problems with the systems that are supposed to evaluate what is and is not dangerous for public health. USGS has been critical of EPA for not setting adequate water quality benchmarks for pesticides. As of a few years ago, USGS’s National Water-Quality Assessment Program (NAWQA) wrote,

“Current standards and guidelines do not completely eliminate risks posed by pesticides in waterways because: (1) values are not established for many pesticides, (2) mixtures and breakdown products are not considered, (3) the effects of seasonal exposure to high concentrations have not been evaluated, and (4) some types of potential effects, such as endocrine disruption and unique responses of sensitive individuals, have not yet been assessed.”

In 2012, EPA set guidelines (HHBPs) for 350+ chemicals relative to their chronic and acute effects in sensitive populations. In 2017, the agency updated that guidance on pesticides in drinking water. Yet the HHBP benchmarks are non-regulatory and non-enforceable, and there continue to be no federal MCLs for all but 18 pesticide compounds.

In addition, EPA has made precious little progress on evaluation of health impacts of exposures to multiple, or mixtures of, pesticides. Nor has there been adequate attention to the “inert” or adjuvant ingredients in pesticide formulations. Further, as this research paper notes, the actions of pesticide degradates are both less studied and less predictable than those of pesticide active ingredients. Research (in note 14 of subject paper) from 2013 notes: “It remains difficult to anticipate the extent and pathways of pesticide degradation under specific field conditions.” Thus, the researchers acknowledge one limitation of the study’s conclusions.

Another is that, as the paper authors write: “The laboratory method could not quantify every type of pesticide. Compared with considering only compounds with benchmarks, adding degradates without benchmarks to the screening process for potential human-health concerns resulted in small increases in the final number of individual compounds” that may represent health risks.

But the paper concludes with:

“Degradates without benchmarks are unlikely to substantially increase the potential for human-health concerns associated with the occurrence of pesticide compounds in groundwater used for public supply.”

Beyond Pesticides asserts that, given the inadequacies of EPA evaluation of health impacts of pesticides — as noted above — this narrow conclusion, relevant to this study, ought not be interpreted as particularly reassuring.

What Beyond Pesticides wrote in its Pesticides in My Drinking Water? factsheet endures:

“This problem requires individual precautionary measures and preventive, community based action to protect [individual and public health] and ultimately, stop ongoing pesticide use that ends up in drinking water from numerous agricultural, public land, and home and garden uses. Beyond Pesticides urges a solution that keeps pesticides out of the water, rather than trying to clean them up after they enter our waterways and drinking water supply.”

That solution, a just and rapid transition to organic and regenerative agricultural practices, would address a huge proportion of this problem of pesticides contamination of groundwater — and ultimately, of drinking water supplies. To learn more on pesticide impacts on water quality generally, and on individual actions, see the Beyond Pesticides Water Quality factsheet, the website page Threatened Waters: Turning the Tide on Pesticide Contamination, and the Pesticides in My Drinking Water? factsheet.