It’s “deeply offensive” that people who apply for a religious exemption from the COVID-19 vaccine are “subjected to the Inquisition” and must “prove” the sincerity of their religious beliefs, Megyn Kelly told viewers of “The Megyn Kelly Show.” 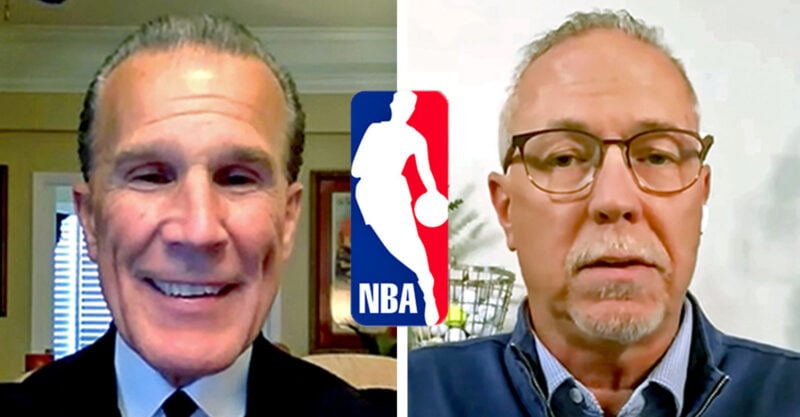 It’s “deeply offensive” that people who apply for a religious exemption from the COVID-19 vaccine are “subjected to the Inquisition” and must “prove” the sincerity of their religious beliefs, Megyn Kelly told viewers of “The Megyn Kelly Show.”

Kelly, a journalist, lawyer and political commentator, interviewed former National Basketball Association (NBA) referees Ken Mauer and Jason Phillips who, along with Mark Ayotte, sued the NBA for firing them because they refused the COVID-19 vaccine. All three applied for, and were denied, religious exemptions.

According to the lawsuit, “The NBA’s lawyers, after a pointed interrogation” of the plaintiffs that lasted 30 minutes, “adjudged plaintiffs’ beliefs to be illogical, unorthodox, and/or not entirely religious and therefore insufficient to satisfy the ‘high standard’ of a sincerely held religious belief.”

Kelly told viewers she took issue with this notion of a “high standard” of religion and “the absurdity of them making you prove it” by showing them “just how good a Catholic you are” and how deep your objection runs.

“When it comes to asserting a religious belief, you have to be subjected to the Inquisition.” She added:

“You’ve got to sit in front of people [in this case, a Jewish NBA lawyer] who don’t even share your religion and try to persuade them that you’re a true believer [by saying], ‘I swear I’m a real Catholic. I really do object to abortion. It affects my feelings about these vaccines.’

“There’s something indignant about it.

“It’s deeply offensive that they make you jump through those hoops to try to get an exemption.”

“I don’t care if you’re Presbyterian, Baptist, Muslim, Hindu, Jewish — I respect all types of religions and believe that everybody should be allowed to take part in their own religion.”

Phillips told Kelly that since the beginning of the COVID-19 pandemic in March 2020, he and his wife had been “very prayerful.”

“We were praying for the health and safety of our friends, of our family, of everyone and then when this [COVID-19 vaccine] mandate came out, of course we became very prayerful of that,” he said.

“We were just led to believe — through our prayer and our readings — that [receiving a COVID-19 vaccine] was not the right thing to do, and that’s what led me to submitting my religious exemption request.”

Phillips’ religious exemption request was denied after a 30-minute interview with an NBA attorney who, according to the former referees’ lawsuit, “micro-analyzed” Phillips’ religious statement and personal religious beliefs and “impugned his sincerity and integrity.”