An analysis released Tuesday found that rich countries are allowing multinational corporations to dodge at least $89 billion in taxes every year by not requiring firms to publicly disclose how much of their profits they are shifting to tax havens. 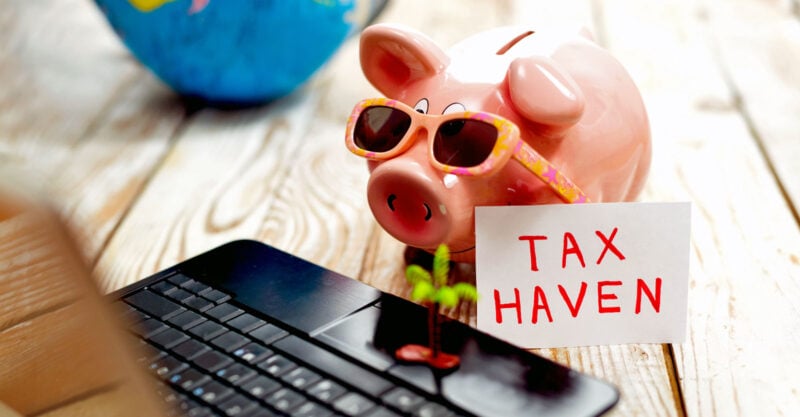 An analysis released Tuesday finds that rich countries are allowing multinational corporations to dodge at least $89 billion in taxes every year by not requiring firms to publicly disclose how much of their profits they are shifting to tax havens.

The Tax Justice Network’s latest assessment of the state of global taxation castigates the Organization for Economic Cooperation and Development (OECD) — often described as “the rich countries’ club” — for failing to uphold basic tax transparency standards in the decade since the G20 directed OECD nations to collect and disclose country-by-country data on corporate profit shifting.

“Rather than requiring multinational corporations to make their country-by-country reports publicly available,” the Tax Justice Network noted, “the OECD permitted multinational corporations to privately disclose their reports to their governments, who were then required to anonymize the reports before sharing them with the OECD which would then aggregate and share the data with the public.”

In its 2021 report, the Tax Justice Network estimated that world governments were losing over $483 billion a year in revenue to multinational corporations and wealthy individuals moving money to tax havens.

Due to OECD nations’ failure this year to publish country-by-country tax data, which is supposed to help uncover and deter corporate tax avoidance, the Tax Justice Network was “unable to report new estimates — as countries face a global cost of living crisis — on how much tax governments are losing to global tax abuse committed by multinational corporations and the superrich,” the group laments in its new report.

However, the Tax Justice Network was able to “assess the global cost of the OECD’s failure to deliver on the country-by-country reporting mandate of the G20.”

“Based on the most robust available estimates of the increased tax payments from multinationals that have been required to make themselves more accountable by publishing their country-by-country reporting, we conservatively estimate that cross-border corporate tax abuse could have been reduced by $89 billion in the last year of available data,” the report states.

“This reduction would have amounted to 28% of the $312 billion we reported to have been lost to cross-border corporate tax abuse in the last year of available data.”

Rachel Etter-Phoya, a senior researcher at the Tax Justice Network, said in a statement that the OECD’s “concession to corporate tax abuse is a political choice to turn a blind eye.”

“Our governments patronize us with talk about making ‘tough decisions’ to deal with the global cost of living crisis, then choose to stay quiet about multinational corporations that have privately confessed to cheating the public out of billions in tax,” Etter-Phoya continued.

“They’re choosing to protect the cherries on the cakes of the richest corporations while people worry about putting food on the table.”

“Our message to governments is clear: stop the cover-up to lift living standards up,” Etter-Phoya added.

Alex Cobham, the Tax Justice Network’s chief, amplified that call with an open letter to G20 leaders as they gather in Indonesia for their annual summit.

“By engineering the [corporate] anonymity concession into its standard, the OECD has failed governments around the world and cost them billions in revenue each year,” Cobham wrote.

“Even the most starry-eyed OECD member country must recognize that the organization has failed to deliver both on the global public good of country-by-country reporting, and on providing a forum for tax rule-setting that is either inclusive or effective.”

“We now call on the G20 to bring this global public good into the daylight of democracy at the U.N. by supporting the G77 and Africa Group resolutions; by asking the U.N. tax committee to take up responsibility for country-by-country reporting data and/or by backing the creation of the Centre for Monitoring Taxing Rights through a U.N. tax convention; and by supporting the creation of a truly inclusive, intergovernmental tax body under U.N. auspices,” Cobham added.