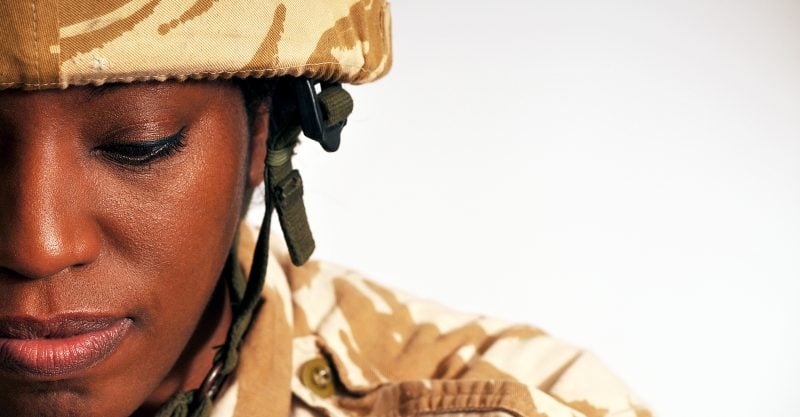 The Four Horsemen of the Apocalypse are known as Death, Famine, War and Conquest. One could say that in the U.S. military, the “Four Horsemen of Pharma” are these four drugs: pyridostigmine bromide (PB), mefloquine (Lariam®), smallpox vaccine and anthrax vaccine.

The public health page on the Department of Veterans Affairs (VA) website lists four uncommon exposures to medications and vaccines encountered by people serving in the modern military, and states that “some veterans have raised concerns about” these exposures.

The VA lists identifies the uses for these vaccines and medications, but doesn’t state how many veterans have raised concerns about them, or what those concerns are.

The VA does, however, conclude that there is insufficient evidence to determine a causal relationship between any of the drugs and chronic illness.

Pharmaceutical companies regularly claim that “correlation-does-not-equal-causation” when they want to deflect reports of adverse and systemic reactions. Many in the U.S. view vaccines as having mythical properties, including that they are always safe and always effective for all people.

But a closer look at the “Four Horsemen of Pharma” calls into question both of these claims.

“PB use and/or PB side effects were significantly associated with Gulf War-related symptomatic illness in all six of the six studies that evaluated this association, while controlling for effects of other exposures.”

One of the highlighted studies in the report found that PB is associated with a 40-fold increased risk for Gulf War illness among veterans. The report detailed additional neurobehavioral and neuroendocrine adverse effects of PB:

In 2010, the Institute of Medicine (IOM) issued a report, “Health Effects of Serving in the Gulf War,” that disputed the Research Advisory Committee’s 2008 conclusions. IOM concluded that the committee’s 2008 report, with 454 pages and 1840 references, lacked sufficient evidence for a causative relationship between any drug or toxin and chronic multi-symptom illness. IOM’s report effectively blocked claims for disability compensation for veterans who claimed PB-related injuries.

Mefloquine, sold under the name Lariam, was given to military members to protect against malaria, an infectious disease transmitted by mosquitoes. The drug is no longer sold in the US. But it was administered weekly, in tablet form, to military personnel in Iraq and Afghanistan. In 2013, the U.S. Food and Drug Administration (FDA) published a safety alert on mefloquine and added a black-box warning for both neurological effects and “serious psychiatric” effects. The side effects include: convulsions or seizures, confusion, paranoia, hallucinations, unusual behavior, mood changes, agitation, depression, suicidal thoughts and suicidal behavior. Mefloquine side effects can last for months or years after the drug was stopped. It is unclear why this drug was prescribed for military personnel when other malaria drugs with decades of demonstrated efficacy and safety were available. Veterans may file for disability compensation for side effects related to mefloquine use during military service.

Mefloquine was an experimental venture between the U.S. Department of Defense (DOD) and a pharmaceutical company. Walter Reed Army Institute of Research conducted phase I and phase II clinical trials, Hoffman-LaRoche and Smith Kline skipped phase III safety trials, and the FDA approved mefloquine in 1989.  Medical professionals were reporting and documenting severe neuropsychiatric side effects by 1994. Not until 2016 did the U.S., UK, Australian and German militaries ban Lariam because “research showed the drug can cause permanent side effects and brain damage.”

The DOD implemented a smallpox vaccine pilot study in 2002 for 450,000 military members as a bioterror countermeasure for a viral smallpox exposure. Dr. William Winkenwerder, DOD’s assistant secretary of defense for Health Affairs, concluded that the vaccine was safe, even though about 1 in 12,000 people who received the vaccine experienced a rare side effect: acute myopericarditis or inflammation of the membrane covering the heart. However, Army Col. John D. Grabenstein, the Military Vaccine Agency’s deputy director for clinical operations, refuted media reports of the vaccine causing heart attacks in military members. In the American Forces Press Service, Grabenstein said, “We have had several heart attacks among (those receiving) smallpox vaccines, but no more than we have had among a similar amount of unvaccinated people, so our conclusion is that heart attacks and smallpox vaccination are unrelated.” These two co-authors said the vaccine’s common side effects were limited to blisters, itching and a day of feeling sick.

The FDA’s “Highlights of Prescribing Information” for the smallpox vaccine clearly details cardiac events as a serious adverse reaction in both the DOD program and the clinical trials at an estimated incidence rate of 6.9 per 1000. The DOD smallpox program reported 86 cases of myocarditis or pericarditis out of 730,580 people who received the Dryvax brand smallpox between 2002-2005. The clinical trials of ACAM2000 brand and Dryvax brand reported 10 cases of myocarditis in 3851 subjects. The FDA reports that not only can the smallpox vaccine cause death resulting from sudden cardiac arrest, but also that “death has also been reported in unvaccinated contacts accidentally infected by individuals who have been vaccinated.” Furthermore, severe vaccine-related adverse events, defined as interfering with normal activities, were reported in 10%-13% of subjects.

According to the 2003 GAO Report “Smallpox Vaccination: Review of the Implementation of the Military Program,” DOD implemented the 2002 smallpox vaccine with unprecedented cautions: a phased roll-out, a screening form for contraindications, allowed exemptions, a newly utilized active monitoring system for vaccine adverse reactions called the Defense Medical Surveillance System (DMSS) and training for medical providers on safe vaccine storage and treatment protocols for adverse reactions. The GAO report detailed 184 noteworthy adverse reactions among 501,946 vaccinations in the first year of the smallpox vaccine program. None of these safety measures and surveillance systems were in place for the highly-reactive anthrax vaccine program roll-out in 2001, the year prior for the entire military.

In 2000, Pamela B. Asa, PhD, also with Tulane Medical School, published two papers indicating that symptomatic Gulf War veterans had detectable levels of IgG antibodies to squalene, but that healthy veterans did not. This research was highly criticized by government scientists. The Gulf War Veterans’ Illnesses 2008 report narrates a very perplexing investigation of squalene. Government scientists tested anthrax vaccine lots and initially reported that squalene was not detected. Later, government scientists re-tested and found “trace amounts” of squalene, and then blamed squalene presence on “natural occurrence or contamination” and even suggested “clandestine use of an unapproved adjuvant.” Squalene was not licensed for vaccine use in the U.S., yet was commonly used in vaccine clinical trials. The FDA, manufacturing records and DOD asserted that squalene was not used in anthrax vaccine formulation. Squalene was also detected in diphtheria and tetanus vaccines, without reports of associated Gulf War Syndrome.

The Research Advisory Committee that authored the The Gulf War Veterans’ Illnesses 2008 report attempted to exonerate squalene by informing the public on how toxic aluminum vaccine adjuvants are comparatively worse. That admission implicates harm from 4,925 mcg of cumulative aluminum exposure by 18 months of age for children following the current Centers for Disease Control vaccine schedule. In 2016 research journalist Neil Z. Miller wrote:

“Overall, the aluminum adjuvant produced more adverse effects than placebo, squalene or the combined adjuvants. After six months, mice injected with the aluminum adjuvant exhibited significant declines in muscle strength and endurance, and increased indicators of anxiety, compared to placebo. Aluminum adjuvant was also associated with indicators of increased central nervous system inflammation and motor neuron loss, as reflected by a significant increase (350%) in the number of reactive astrocytes in the lumbar spinal cord and neuronal apoptosis in the motor cortex and spinal cord. Investigators concluded that their findings were consistent with an association between aluminum adjuvants and neurological deficits, including ALS.”

Eventually, the U.S. military halted the anthrax vaccine program after a federal court affirmed in 2008 that the FDA and DOD imposed an illegal mandate for an experimental vaccine that was not licensed for use against inhalation anthrax.

Help for veterans exposed to the ‘Four Horsemen’

Gulf War Veterans may be eligible for a variety of VA benefits, including a Gulf War Registry health exam, a free evaluation to determine long-term health problems associated with military service.