Microbiologist: Why I Won’t Get Second COVID Shot — and Why Enlisting Kids in ‘Clinical Trial’ Is ‘Unfathomable’

According to Madhat Khattar, Ph.D., who took the first dose of the COVID vaccine in March, but won’t get a second dose, enlisting children to protect adults in what is effectively an ongoing clinical trial is simply unfathomable. 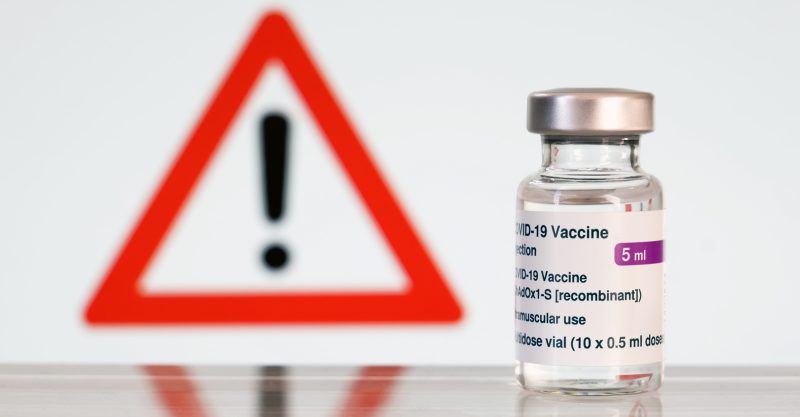 Never previously have I felt hesitant about vaccines. Yet I took my first dose of the COVID-19 vaccine last March with some hesitation, and have since decided not to take the second dose.

Something struck me as problematic very early on in the COVID-19 narrative when the director-general of the World Health Organization announced that the coronavirus in question was ‘public enemy number one’, an ‘unprecedented threat’ and an ‘enemy against humanity.’

I knew that something was not right, for this was the kind of terminology that had been used at the end of the Second World War, not to describe an infectious agent, but to refer to nuclear weapons and the banality of evil.

I complied with the first UK-wide lockdown in March 2020 with an unresolved mixture of disbelief and concern, laced with an unavoidable shot of fear — even though, rationally, I did not believe that the air all around us was full of a new plague. I even volunteered for vaccine trials. This was the UK shutting everything down, and everyone in.

But I gradually came to the view that the lockdown was disturbingly misguided — at best disproportionate to the problem it was meant to solve. But like many, I did not want the National Health Service to fall apart, nor did I want to catch SARS-CoV-2 myself, or to pass it to anyone else.

I even refrained robotically from hugging my mother and siblings when I visited my family late in 2020.

As it turned out, science was the casualty of a toxic narrative of extreme urgency and fear, a narrative swiftly adopted by most governments and their advisors the world over.

Koch’s postulates (the demonstration of a causal link between a microbe and a disease that have served us well for over a hundred years since their articulation by the German physician Robert Koch) were summarily discarded in favor of correlation.

The presence of fragments of SARS-CoV-2, specifically targeted and detected using RT-PCR, became incontrovertible evidence that SARS-CoV-2 was the causative agent of symptoms so generic that they could easily be caused by a wide range of respiratory pathogens, and not only viral ones.

But once you extinguish the need to demonstrate causation the mind recedes into a truism of a kind, because when scientific thinking gives way anything goes if asserted enough times. And so we became, each and every one of us, a biological problem.

We were confined to one or the other group: vulnerable or infectious, a segregation that continues despite evidence of preexisting immunity and near-universal vaccination in the UK. And “test, test, test” was how this division was planted in our daily lives. If you test positive, then you are infectious. And if you test negative, you are vulnerable to infection.

As a result, a positive test result became synonymous with a clinical case. And even though (after some pressure from dissenting scientists) daily UK COVID-19 mortality figures are reported as deaths of any cause within 28 days of a positive COVID-19 test, the caveat became mere semantics. In the public consciousness, COVID-19 was the cause of these daily deaths — in mine the statistics were a daily announcement of the slow death of clear thinking.

The collapse of clear thinking seems to have led some to equate the idea of elimination of SARS-CoV-2 with, say, that of measles. The fantastical notion of a Zero COVID world could only appeal to someone who (knowingly or unknowingly) suffers from a dystopian obsession with immortality. But far worse, we are no longer merely responsible for our own well-being.

We are now burdened with saving every other life on the planet from a disease whose infection fatality rate is not unusual compared to other respiratory diseases with which human civilizations have coexisted, suffered, and recovered.

The collective blame for transmission of the smallest and most slippery of all microbes, viruses, had hitherto been implicitly and wisely shared by the community as a price worth paying for the continued process of civilization.

As Professor Sunetra Gupta put it:

The advent of a vaccine to relieve the human population of the menace of a fatal disease should be a moment of global celebration. But to the Zero COVID mind, COVID-19 vaccines are a weapon in a fight against nature, not a voluntary health intervention to protect the vulnerable.

I am not against vaccination, but I am against the coercive campaigns and guilt-summoning policies to promote vaccination, or any other medical intervention for that matter. The COVID-19 vaccine is no longer for me a question of health, but a deeper matter of principle, of good science and of moral philosophy.

In particular, enlisting children to protect adults in what is effectively an ongoing clinical trial is simply unfathomable. It is enough to watch this advert to recognize the huge, unfair and misinformed burden which children have been put under.

Those who argue that vaccination is required to keep schools open should only reflect a fraction deeper on their argument to recognize its disturbing motive, which is to make a political decision easier to take.

I have taken the first dose, but I do not wish to continue to be part of the narrative of irrationalism, fear and coercion that promotes the vaccination program.

I may end up having to take the second dose if that is what it takes for me to continue to be able to work or to travel to see my family — I am not an ideologue. But for now, I am quitting the global clinical trial of COVID-19 vaccines because it is morally unsettling whichever angle you examine it from.

It was the veteran columnist Simon Jenkins who saw with unmatched prescience the future towards which we were heading. Writing in The Guardian on March 6, 2020 — just over two weeks before the UK’s first lockdown — Jenkins ended his piece with the following line,: “You are being fed war talk. Let them wash your hands, but not your brain.”

It seems they had us do both. 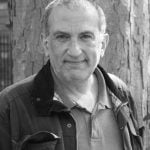 Medhat Khattar, Ph.D. is deputy program director of the MSc clinical microbiology and infectious diseases at the University of Edinburgh.