Wayne Rohde, host of the “Right on Point podcast,” interviewed Children’s Health Defense President Mary Holland about vaccine passports and how vaccine status could be used as the basis for discrimination and segregation. 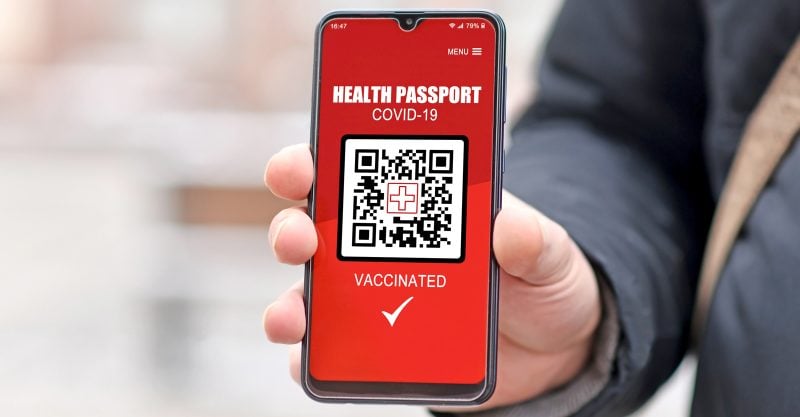 The media is covering “about half the story” about vaccine passports “and it’s the wrong half,” according to Wayne Rohde, host of the “Right on Point” podcast.

Rohde interviewed Mary Holland, president and general counsel of Children’s Health Defense, about vaccine passports and their potential to infringe on basic civil liberties. Holland pointed out how Jacobson v. Massachusetts, the 100-year-old landmark Supreme Court case used to justify vaccine mandates, is being “stretched beyond recognition,” and how some of today’s Supreme Court justices are pushing back.

Rohde and Holland also discussed the United Nations’ plan, under the Sustainable Development Goals, of ensuring that every human being has a digital ID by 2030, how tech companies are building vaccine passports platforms designed to track far more than just vaccine status and the potential for vaccine passports to be used to discriminate against healthy people who refuse to get the vaccine.

“Right on Point” covers the news of the week, and hosts some of the biggest names in politics, academia and media. The podcast is available on iTunes, Google Play, YouTube and Spotify. Recent podcast topics have included the Countermeasures Injury Compensation Program with attorneys Peter Meyers and Renee Gentry; employment mandates with attorney Marshall Tanik and the latest book by best-selling author Gerald Posner, Pharma: Greed, Lies and the Poisoning of America.”