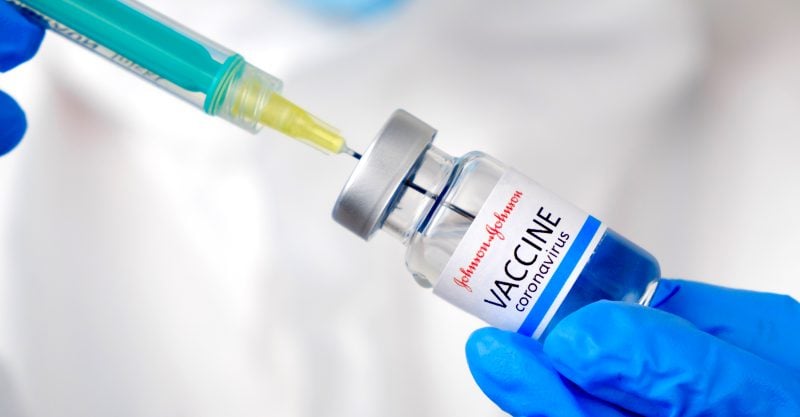 The report followed Wednesday’s news that a J&J vaccine site in Colorado shut down after 11 people experienced reactions, and two were hospitalized.

According to a Wake County press release, more than 2,300 J&J vaccines were administered at the PNC Arena clinic in Raleigh. Eighteen patients suffered immediate adverse reactions and were evaluated by Wake County emergency medical personnel. Fourteen were treated on site and four people were transported to area hospitals.

Wake County officials and the North Carolina Department of Health and Human Services made the decision to pause vaccinations after consulting with the vaccine manufacturer. Both teams said they would investigate the issue.

Remaining appointment holders were offered Pfizer vaccines or the opportunity to reschedule until the evaluation is completed.

“We know it can be alarming to hear about or see people having reactions to vaccination — this is why we closely monitor those we vaccinate in case of reaction,” said Wake County Public Health Medical Director Kim McDonald.

According to U.S. News and World Report, David Wohl, an infectious disease expert at UNC Health who oversees the UNC vaccination sites, said between eight and 14 of the roughly 1,250 J&J vaccine recipients injected Thursday fainted after receiving the shot, though nobody was taken to a hospital.

Because of the timing of the day in which the adverse reactions started occurring, Wohl said UNC Health completed all shots for people who had Thursday appointments at the two sites.

Wohl’s department is still working to analyze the source of the problem, but Wohl said he does not believe most of the cases stem from allergic reactions to the vaccine.

“I’m just concerned that if we have as many people fainting as we do, we need to understand why,” Wohl said. “Everyone that I’ve seen really doesn’t have an underlying medical history that’s of concern, but many of them do report having fainted previously.”

The Centers for Disease Control and Prevention (CDC) analyzed the vaccine lot used at the PNC Arena and UNC sites and recommended J&J vaccinations continue, according to WSOC-TV, a Charlotte news station. The CDC is not telling health departments to stop vaccinations, the agency said in a statement.

CDC spokeswoman Kristen Nordlund said the agency is aware of adverse reactions in some people who received J&J’s COVID vaccine in Iowa, Colorado, Georgia and North Carolina. Those reactions include dizziness, light-headedness, feeling faint and rapid breathing, but vaccine lot analyses found no reason for concern.

“COVID-19 vaccines are safe and effective,” Nordlund said. “Many people don’t have any side effects after COVID-19 vaccines, but some people will have pain or swelling at the injection site or fever, chills or a headache. These typically don’t last long and are signs that your body is building protection.”

In response to the recent reports of site closings, the vaccine maker said in a statement, “there is no greater priority than the safety and well-being of the people we serve. When we receive reports of adverse events in individuals receiving our medicines and vaccines, we collect necessary information and carefully assess the events.”

As The Defender reported in March, J&J has a criminal track record involving safety concerns with numerous products. The company has paid billions of dollars in fines and punitive damages related to fraud and other dubious practices for its role in the opioid crisis, for failure to warn that Risperdal — an antipsychotic drug produced by the company — could lead to breast growth in boys and for its asbestos-tainted baby powder associated with cancer, which the company knew about for almost 50 years and failed to disclose.

Unlike Moderna and Pfizer’s vaccines, which use the mRNA technology, J&J uses a genetically engineered “viral vector” similar to the technology used by AstraZeneca.

On Wednesday, EU regulators confirmed a “possible link” between AstraZeneca and blood clots resulting in suspension of AstraZeneca’s vaccine in younger populations in many European countries, and guidance in the UK that the vaccine not be used in people under 30.

The European Medicines Agency said Wednesday during a press conference it is also looking carefully at the J&J vaccine, as three cases of blood clots associated with low platelets, similar to the cases reported after AstraZeneca vaccines, have been reported, as well as one instance of thrombosis in a clinical trial.