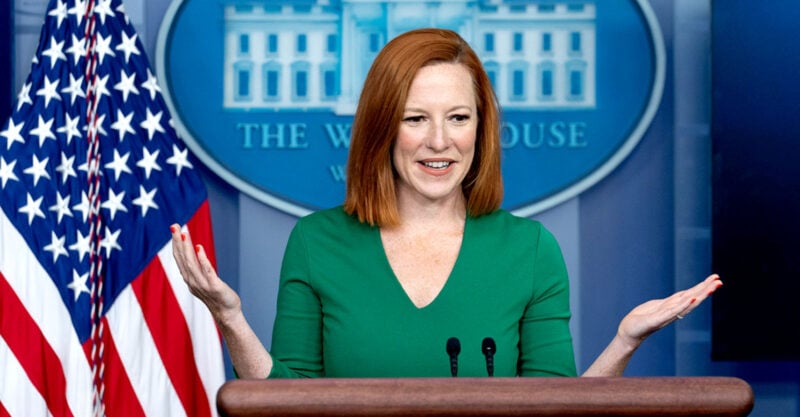 Former White House press secretary Jen Psaki is fighting a subpoena that was issued in the Big Tech-government censorship case, claiming that she shouldn’t be compelled to testify.

Psaki, who left the Biden administration in May, shouldn’t be burdened by having to sit for a deposition, Jeannie Rhee and other lawyers representing the Virginia resident said in a filing to a federal court in Alexandria.

The plaintiffs in the censorship case, including the attorneys general of Missouri and Louisiana, convinced a judge to allow them to depose eight current and former administration officials, including Dr. Anthony Fauci and Psaki.

“The Court finds that Plaintiffs have proven that Jennifer Psaki has personal knowledge about the issue concerning censorship across social media as it related to COVID-19 and ancillary issues of COVID-19,” U.S. District Judge Terry Doughty, a Trump appointee based in Louisiana, said in his recent order.

“Psaki has made a number of statements that are relevant to the Government’s involvement in a number of social-media platforms’ efforts to censor its users across the board for sharing information related to COVID-19.”

“Any burden on Psaki is outweighed by the need to determine whether free speech has been suppressed,” he also said.

But plaintiffs have already obtained the information they’re seeking from Psaki, including the names of federal officials in touch with the platforms, and have not proven they need to question Psaki to obtain additional information, Psaki’s lawyers asserted.

They asked the court in Virginia to quash the subpoena “because it is unduly burdensome.”

“The burdens of preparing and sitting for any wide-ranging deposition are significant, let alone the deposition of a former senior administration official. And imposing that burden on Ms. Psaki, a nonparty private citizen, is entirely unwarranted on this record.

“The proposed deposition is, at best, a fishing expedition to try to identify additional members of a conspiracy that Plaintiffs have merely alleged to exist, after they have already received extensive expedited discovery and although there exist alternate sources for that information.”

In a declaration, Psaki said she would need to devote “several days” to preparing for a deposition and attending the deposition itself. That would be “highly disruptive to both my work and my family,” she said.

U.S. Department of Justice lawyers submitted a brief in support of Psaki’s position.

The Biden administration also is appealing the deposition order for three others — Surgeon General Vivek Murthy, Cybersecurity and Infrastructure Security Agency Director Jen Easterly and Rob Flaherty — all of whom are still part of the administration.

The department asked Doughty to enter a partial stay for that trio as the appeal is considered, but Doughty rejected that request in a Nov. 2 ruling.

“The Court finds that both the public interest and the interest of the other parties in preserving free speech significantly outweighs the inconvenience the three deponents will have in preparing for and giving their depositions,” he said.