According to a new study in the Journal of Exposure Science and Environmental Epidemiology, fast food from popular chains such as McDonald's, Burger King and Pizza Hut contain harmful chemicals linked to a suite of health problems. 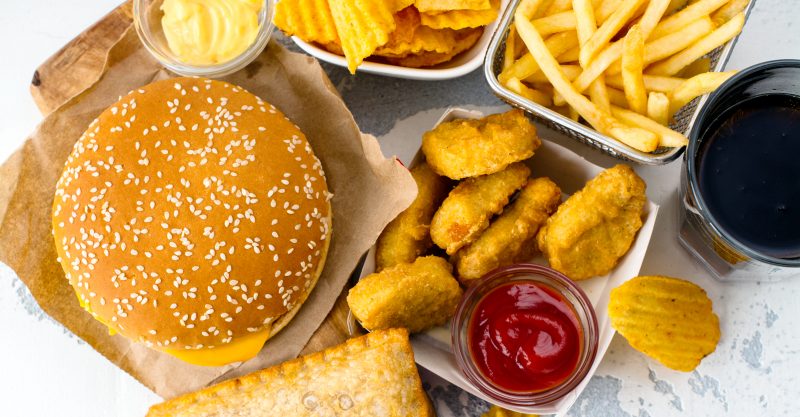 As Americans devour a fast-food burger in the car or gobble up a chicken burrito in front of the TV, some may bite into phthalates, according to a new study in the Journal of Exposure Science and Environmental Epidemiology.

This is the first study to directly measure the amount of phthalates present in common fast foods in the U.S. and adds to mounting evidence linking phthalate exposure to fast food consumption.

A group of synthetic chemicals widely used to make plastic more flexible, phthalates are as ubiquitous in modern life as their host plastic products, ranging from toys to personal care products to food packages.

Easily absorbed by human bodies, phthalates have been shown in human and animal studies to disrupt our endocrine system by heisting hormone receptors — such as the estrogen receptors or the retinoic acid X receptors — and turning on and off the switches for gene expressions.

The chemicals have been linked to a wide range of health impacts, including birth and reproduction problems, impaired brain development, diabetes and cancer.

“Phthalates are everywhere,” Lariah Edwards, a postdoctoral scientist at George Washington University’s Milken Institute School of Public Health and the lead author of the paper, told EHN. “There’s enough evidence for us to be concerned.”

Additionally, they looked at levels of three replacement plasticizers, chemicals used to substitute banned phthalates, in the foods and gloves collected.

Among the 67 food and glove samples analyzed in this study, all eight phthalates except DMP were detected. Specifically, 52 (81%) of the samples contained a phthalate called DnBP while 45 (70%) contained DEHP.

Mounting scientific evidence has linked both chemicals to fertility and reproductive problems in humans as well as increased risks for learning, attention and behavioral disorders in childhood.

Additionally, the new study found that, in general, foods containing meats, such as cheeseburgers and chicken burritos, had higher levels of chemicals compared to those that don’t.

Jessie Buckley, an environmental epidemiologist at Johns Hopkins University who was not involved in this study, told Environmental Health News (EHN) the findings speak to fast foods as “a double whammy,” offering lower nutrition values and pernicious chemicals.

“I was really excited to see that this study included those,” said Buckley who, among many other scientists, is working to investigate the health impacts of these novel plasticizers which scientists still know little about.

Currently in the U.S., “a chemical isn’t a problem until it’s proven dangerous,” Douglas Ruden, an environmental toxicologist who studies phthalates at Wayne State University but was not involved in this study, told EHN.

Therefore, although the U.S. Consumer Product Safety Commission banned the use of eight phthalates in children’s toys and child-care products in 2017, the plastic industry is able to replace the prohibited phthalates with slightly tweaked plasticizer chemicals.

“It is like whack-a-mole,” said Ruden, referring to the tug-a-war between scientists trying to assess the health and safety of potentially harmful new plasticizers and their evolving successors.

Moreover, the phthalates banned by the Consumer Product Safety Commission are not outlawed by the U.S. Food and Drug Administration in food packaging materials. As a result, some of the prohibited phthalates, such as DiBP and DiNP, still could be found in food products — such as the ones collected in this study, potentially making their way back to children.

The discrepancy in phthalate regulations “just doesn’t make any sense,” Stephanie Engel, an environmental and perinatal epidemiologist at the University of North Carolina who was not involved in this study, told EHN. “I think it is critical that the U.S. regulatory agencies focus on common sense regulations that remove phthalates from consumer products.”

Engel’s research found that mothers’ exposure to phthalates is associated with increased risk of ADHD and ADHD-like behaviors and other behavioral issues in children down the road.

One limitation of this study is that the researchers collected a relatively small number of fast food items in one city. Nonetheless, both Engel and Ruden think the paper offered an important first step to shed light on the extent to which phthalates exist in fast food.

This study also illuminates the health and nutritional disparities among under-resourced communities, which are more likely to consume fast foods and thus more susceptible to phthalate exposure.

Between 2013 and 2016, more than one-third of U.S adults consumed fast food on any given day, with non-Hispanic Black adults consuming the most (42.4%), according to the U.S. Centers for Disease Control and Prevention.

Children and adolescents are in a similar boat: CDC data showed that between 2015 and 2018, 36.3% of them consumed fast food on a given day, with non-Hispanic Black and Hispanic adolescents consuming the most.

“That’s something to think about,” said Edwards, the study author. “I hope that my science can inform those whose job is to look at policy and figure out ways to strengthen and better protect public health.”