‘Grocery Cartels’ Control What Americans Eat, Where They Shop for Food

According to a report by Food & Water Watch, "grocery cartels" comprised of corporate monopolies have created a false illusion of consumer choice in a system that's also draining local communities and enriching corporate executives. 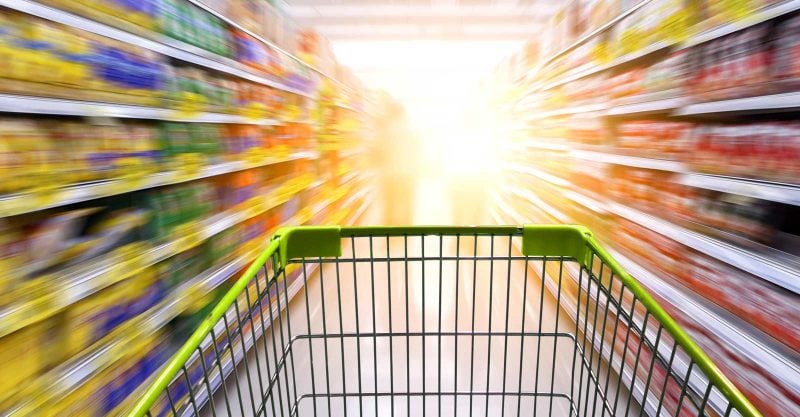 “Grocery cartels” comprised of corporate monopolies controlling most of what Americans eat and drink — and the supermarkets in which they shop — have created a false illusion of consumer choice in a system that’s also draining local communities and enriching corporate executives, according to a new report published by Food & Water Watch, which offers steps to rebuild the broken U.S. food system.

“Americans, however, faced rising food costs and widespread shortages of some staples,” the report states. “And while the cost of meat shot up, prices paid to farmers actually declined, spurring a federal investigation.

Most atrociously, frontline workers who stocked grocery shelves or worked in meat processing plants sickened and died from COVID-19. Yet many corporations limited hazard pay and instead invested in stock buybacks.”

“The COVID-19 pandemic pulled back the curtain on the idea that the current food system offers abundance, efficiency and resilience,” the authors assert.

The brief’s key findings include:

“Supermarkets might present a facade of variety and choice, but chances are you are choosing between just a handful of companies for each supermarket item,” the report states. Its researchers found especially acute consolidation in food categories including soy milk — in which France-based Danone accounts for 80% of all sales — dips, dominated by PepsiCo’s 88% market share, baby food and yogurt.

“This is not a broken system,” the publication stresses. “It is functioning as it was designed: to funnel wealth from local communities into the hands of corporate shareholders and executives.”

“Fortunately, alternative models exist that invest in their workers and the local economy, while increasing our food system’s resilience to shocks like the pandemic,” the authors contend. “A combination of antitrust law and enforcement and public incentives to help regional food hubs take root can help turn the tide.”

Food & Water Watch research director Amanda Starbuck said in a statement that “over the past century, food giants have been quietly consolidating their power, stripping out the resilience baked into more diversified, regional food systems, and cutting local economies out of the picture.”

“The grocery cartel has created an illusion of choice and efficiency to disguise their profiteering off of the American consumer, who is unwillingly asked to trade abundance for resilience,” she continued.

“We envision a U.S. food system more resilient, just and sustainable than the one we have today,” Starbuck added. “To get there, we need to address the rampant food monopoly consolidation crisis on our hands.”

To accomplish this, the report urges policymakers to “stop consolidation in its tracks” by passing legislation including the Food and Agribusiness Merger Moratorium and Antitrust Review Act, reinstating the Grain Inspection, Packers and Stockyards Administration — which was eliminated by former President Donald Trump in 2018 — and enforcing existing antitrust laws and breaking up oligopolies and monopolies.

Additionally, the authors urge the establishment of more grocery cooperatives, food hubs and local processors. All of these, says Starbuck, “can rebuild our food system from the ground up.”