A federal court on Tuesday ruled that the U.S. Department of Agriculture erred in allowing food companies to label genetically engineered products simply with digital codes that consumers have to scan, without any accompanying disclosure options. 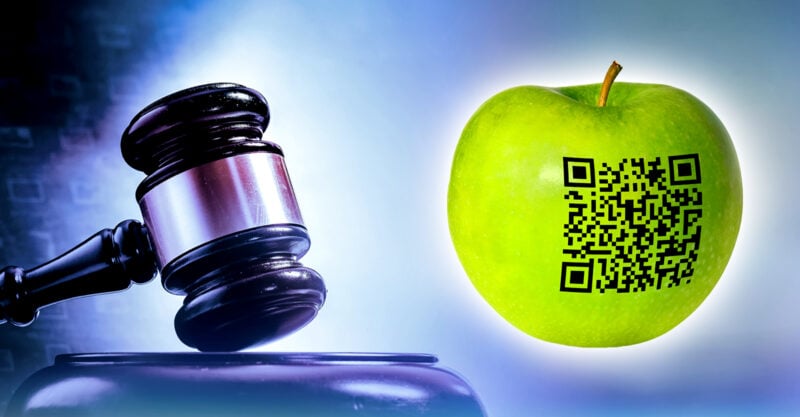 Years of legislative and court battles over the labeling of genetically engineered (GE) foods took another turn this week when a federal court determined on Tuesday that the U.S. Department of Agriculture (USDA) erred in allowing food companies to label GE products simply with digital codes that consumers have to scan, without any accompanying disclosure options.

Under USDA rules that took full effect earlier this year, food made with genetically modified crops can be labeled simply as “bioengineered,” or come with a QR code guiding consumers to more information online, among other options.

But the court said those rules did not comply with the law and found that the USDA knew that allowing “standalone electronic disclosure” would not provide consumers “sufficient access” to disclosures about bioengineering involved in creating certain products.

The National Bioengineered Food Disclosure Standard was passed six years ago as an amendment to the Agricultural Marketing Act of 1946 in order to nullify state laws mandating that foods made with GMO soybeans, corn or other GMO crops be labeled as such.

The Grocery Manufacturers Association, which represents the interests of the nation’s largest food and beverage companies, was a key architect of the legislation.

Though the law provides for “a mandatory uniform national standard for disclosure of information to consumers,” the USDA did not adhere to that standard in crafting rules for how the law would be implemented, the court found.

The court said the law specifically requires that an electronic or digital link be accompanied by “on-package language” indicating that the link provides access to food information, along with a telephone number that provides access to the bioengineering disclosure.

The court noted that a study conducted for USDA found “key technological challenges,” including a lack of technical knowledge and a lack of infrastructure that would prevent consumers from obtaining information through electronic or digital disclosure methods.

The court ruled that USDA’s decision to allow for electronic or digital disclosures without requiring additional on-package labeling was a “significant error,” and ordered USDA to correct the rules to comply with the law.

“The court has now confirmed that the USDA acted unlawfully in allowing standalone QR code and other digital and electronic GMO labeling,” Andrew Kimbrell, executive director of the Center for Food Safety, said in a statement. “This should be a warning to the industrial food sector that avoiding clear on-packaging labeling by using QR codes alone will not pass legal scrutiny.”

The Center for Food Safety filed the court challenge against the USDA in 2020 on behalf of a coalition of nonprofit groups and retailers, including the Natural Grocers retail chain and Puget Consumers Co-op, the nation’s largest community-owned food market.

The lawsuit followed the USDA’s rulemaking in December 2018. The labeling law fully took effect this past January.

The court sided with USDA on several other challenges brought by the Center for Food Safety, including upholding USDA’s use of the word “bioengineered” and blocking the use of the descriptions “GE” or “GMO.”

The court also ruled that the USDA can continue to exclude “highly refined” products such as sugar from mandatory labeling unless the genetically altered material is detectable through manufacturer testing.