Freshwater fish provide livelihoods for 60 million people and feed at least 200 million globally, but nearly a third of the world’s freshwater fish species face extinction, according to a report released Tuesday by 16 conservation groups. 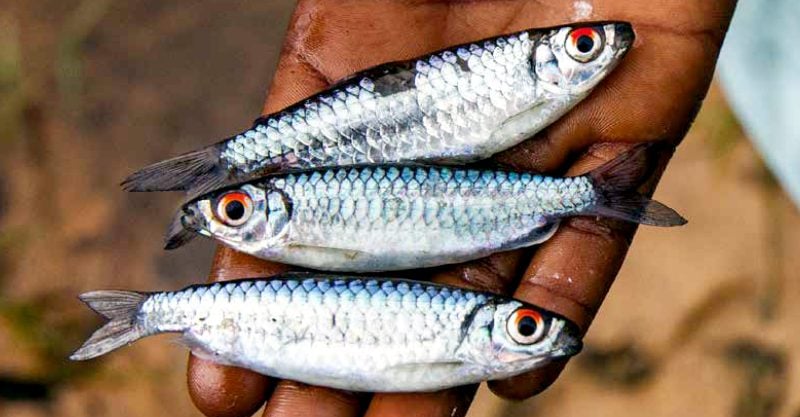 The world’s freshwater fishes are in “terrible trouble,” with nearly a third facing extinction if humanity doesn’t swiftly change its ways to prevent major losses that would impact not only the species at risk but also hundreds of millions of people, according to a report released Tuesday by 16 conservation groups.

Published ahead of a crucial United Nations biodiversity summit scheduled for May, “The World’s Forgotten Fishes” details the “dazzling diversity” of freshwater fishes; their importance to food security, jobs, and ecosystems; threats posed by current human behavior; and how scientists suggest tackling the extinction crisis.

Although the various species of freshwater fish provide livelihoods for 60 million people and feed at least 200 million globally, particularly vulnerable and Indigenous communities across Africa, Asia and South America, when it comes to conservation, they are “overlooked and undervalued,” writes World Wildlife Fund International (WWF) executive director Jon Hutton in the report’s foreword.

“Freshwater fishes are also critical for the health of all kinds of ecosystems, and support food webs that extend from birds to bears, and from mountains to mangroves,” he adds. “Beyond that they drive multibillion-dollar industries for anglers and aquarium-lovers alike, while historically they’ve been entwined in cultures on every continent.”

As Hutton outlines: “There’s no mystery about why freshwater fish numbers are falling so precipitously: habitat degradation, poorly planned hydropower, pollution, over-abstraction of water, unsustainable sand mining, the introduction of invasive non-native species, wildlife crime and, of course, climate change are among the factors pushing fish populations to the brink.”

They’re the world’s #ForgottenFishes – we need to remember how important they are to people & nature before it’s too late.

The report from WWF and other organizations calls for urgent action to safeguard the 18,075 known species of freshwater fishes, warning 80 species have already been declared extinct by the International Union for Conservation of Nature Red List of Threatened Species — 16 in just 2020. Over the past half-century, populations of migratory freshwater fish have dropped by 76% and mega-fish by a “catastrophic” 94%.

“This can’t continue,” the report says. “Humanity can’t afford to lose any more of the world’s forgotten fishes or the freshwater ecosystems they inhabit.”

WWF global freshwater lead Stuart Orr explained that “nowhere is the world’s nature crisis more acute than in our rivers, lakes, and wetlands, and the clearest indicator of the damage we are doing is the rapid decline in freshwater fish populations. They are the aquatic version of the canary in the coalmine, and we must heed the warning.”

“Despite their importance to local communities and Indigenous people across the globe, freshwater fish are invariably forgotten and not factored into development decisions about hydropower dams or water use or building on floodplains,” he noted. “Freshwater fish matter to the health of people and the freshwater ecosystems that all people and all life on land depend on. It’s time we remembered that.”

The report notes that the plan is echoed in the Convention on Biological Diversity’s fifth Global Biodiversity Outlook — which was released in September, just before a summit on the subject, and served as a final report card on the Aichi Biodiversity Targets. World leaders are set to adopt a global biodiversity framework at the May meeting in China, which was postponed due to the coronavirus pandemic.

WWF also put out a biodiversity publication in September — the Living Planet Report 2020, which found an average 68% decrease in population sizes of mammals, birds, amphibians, reptiles, and fish between 1970 and 2016. The group responded by reiterating its call for a New Deal for Nature and People, which Orr referenced Tuesday.

“What we need now is to recognize the value of freshwater fish and fisheries, and for governments to commit to new targets and solutions implementation, as well as prioritizing which freshwater ecosystems need protection and restoration,” he said. “We also need to see partnerships and innovation through collective action involving governments, businesses, investors, civil society, and communities.”