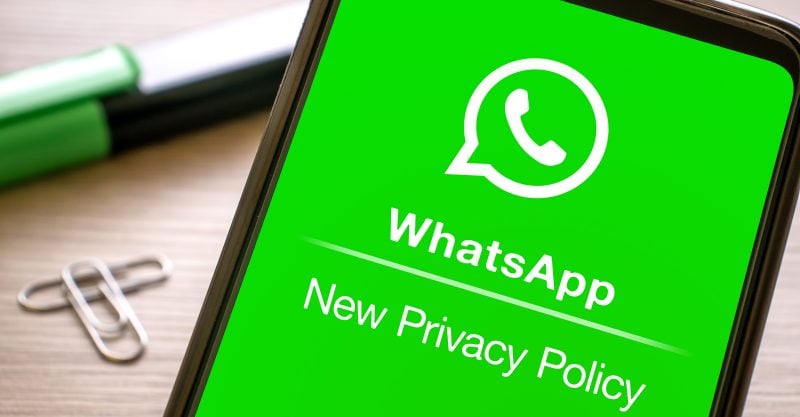 A coalition of more than three dozen social justice, labor and digital rights organizations launched a campaign May 3 aimed at stopping Facebook from further rolling back privacy protections on WhatsApp, a messaging service that billions of people worldwide use to send encrypted messages to family members, friends and colleagues.

After purchasing WhatsApp for $19 billion in 2014, Facebook CEO Mark Zuckerberg vowed that the service would “operate completely autonomously” and that Facebook would “absolutely not” change the way the app uses personal data.

But in 2016, Facebook rolled out what it characterized as a routine terms and conditions update that gave the tech behemoth access to WhatsApp users’ account information, phone numbers, IP addresses, browser details and other data unless users opted out within a 30-day window.

Users who joined after 2016 — around a billion people — did not get the chance to opt-out.

Then in January, WhatsApp presented users with a choice: either allow Facebook to share some of their personal data with its family of companies, or lose access to messages on their account. In the face of widespread backlash against the policy changes, WhatsApp delayed the new update until May 15.

Burcu Kilic, digital rights program director for consumer advocacy group Public Citizen, said in a statement Monday that “this latest move to encroach upon the privacy of WhatsApp users is further proof that Facebook is using exploitative practices and abusing its dominant market power.”

“Facebook must be broken up, not permitted to further integrate the disparate services it never should have been permitted to agglomerate,” said Kilic. “We call on legislators worldwide to ‘Stop Facebook and Save WhatsApp.”

Because of its relatively strict data privacy regulations, the EU is exempt from the WhatsApp change — an exemption that the digital rights coalition argues should be extended to all. Many of WhatsApp’s roughly two billion users reside in India and Brazil.

Facebook is giving WhatsApp users two options: hand over your data or delete the app.

We can’t let Mark Zuckerberg continue to get filthy rich off of this exploitation of our personal info. We must reclaim our privacy. pic.twitter.com/p5lHdPZgs9

On its new website, the Save WhatsApp coalition — which includes Fight for the Future, Indonesia for Global Justice and the Center for Digital Democracy — warns that the new privacy policy “will give Facebook even more power to extract money from WhatsApp communications” by targeting users with more personalized advertisements.

With the latest change, the coalition argues, Facebook is “proving once again that it will not miss a chance to abuse its monopoly position to extract as much data from us as possible, by relying on the fact that we will soon have nowhere left to go communicate out of their reach.”

“We must prevent this privacy discrimination by calling our regulators to rapidly take a stand and oppose and stop the data flows between WhatsApp and Facebook,” the coalition says. “Those who can are leaving WhatsApp in large numbers because of concerns of increasing abusive tactics. But many cannot.”