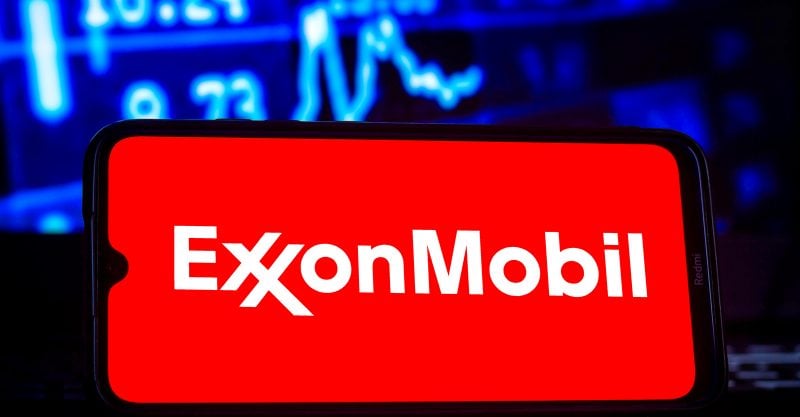 A pair of reports published Tuesday in the wake of a damning exposé featuring secretly recorded ExxonMobil lobbyists further illuminated the fossil fuel giant’s efforts to influence powerful centrists in Congress and beyond.

The videos from Unearthed, Greenpeace U.K.’s investigative journalism arm, feature one current and one former ExxonMobil employee, Keith McCoy and Dan Easley, who thought they were discussing the company’s lobbying efforts with a recruitment consultant.

While ExxonMobil chairman and CEO Darren Woods claimed that McCoy and Easley made “disturbing and inaccurate comments about our positions on a variety of issues, including climate change policy, and our interaction with elected officials,” the reporting has increased scrutiny of the company’s lobbying and finances over the past two weeks.

“Joe Manchin, I talk to his office every week. He is the kingmaker on this because he’s a Democrat from West Virginia, which is [a] very conservative state… and he’s not shy about sort of staking his claim early and completely changing the debate. On the Democrat side we look for the moderates on these issues. So, it’s the Manchins. It’s the Sinemas. It’s the Testers.

“ …Sen. Coons… has a very close relationship with [President Joe] Biden, so we’ve been working with his office — as a matter of fact our CEO is talking to him next Tuesday and having those conversations and just teeing it up, and then that way I can start working with his staff to let them know where we are on some of these issues.”

The other Republicans McCoy named were Sens. John Barrasso (Wyo.), John Cornyn (Texas), Steve Daines (Mont.), and Marco Rubio (R-Fla.). He noted that it is easier to have conversations with senators who are up for reelection in 2022 — such as Rubio, Kelly and Hassan — “because they’re a captive audience, they know they need you and I need them.”

‘I talk with Joe Manchin’s office every week’ from Greenpeace Unearthed on Vimeo.

Collin Rees, the senior campaigner at Oil Change U.S. who conducted the new analysis, found that over the past decade, the six Democrats collectively received nearly $333,000 from lobbyists, political action committees (PACs), and lobbying firms affiliated with ExxonMobil.

“This is a story about how lobbyists curry favor, and specifically about how Exxon’s current lobbyists have spent decades currying the favor of these six Democrats to position themselves to do things like safeguard fossil fuel subsidies and pare down infrastructure packages,” Rees told Kaufman. “Exxon has hired these firms and lobbyists because they’ve contributed hundreds of thousands of dollars to these Democrats, both before and after they were hired by Exxon.”

Kelly, a newcomer to the Senate, doesn’t accept corporate PAC money — which his spokesperson highlighted Tuesday, telling HuffPost that he “has not met with the individual in the original Exxon video, and hasn’t spoken with anyone from this company in the Senate.”

Hassan’s spokesperson said “the video only says that Sen. Hassan is up for reelection … it isn’t for her support of their policies but simply because she is up for reelection,” while spokespeople for Sinema and Coons told Kaufman that the analysis’ totals are “inaccurate” and “incredibly misleading.”

An ExxonMobil spokesperson said the company “complies with all federal and state regulations and lobbying laws,” and has “a responsibility to our customers, employees, communities and shareholders to represent their interests in public policy discussions that impact our business.”

Echoing Woods’ statement earlier this month in response to the exposé, the spokesperson added that McCoy’s recorded remarks “do not represent the company’s position on a variety of issues, including comments regarding interactions with elected officials.”

Janet Redman, Greenpeace USA Climate Campaign director, said Tuesday in a statement responding to the analysis that the six Democratic senators “can say they aren’t influenced by Big Oil, but those are empty words until they prove it.”

“To gain back the public trust, the Exxon 11 — and especially the six Democrats who accepted money from Exxon — must commit to no more meetings with fossil fuel companies while they craft the infrastructure and reconciliation bills,” Redman continued.

“They must also stop taking $15 billion out of the pockets of hard working Americans and giving it to fossil fuel companies in the form of subsidies,” she added. “To the Exxon 11 — here’s your chance to show that you stand with the people who elected you, not Big Oil.”

“West didn’t mention that Brookings received $100,000 from ExxonMobil last year, according to the oil company’s own disclosures. He also didn’t mention that, in parts of the transcript Unearthed did not publish but which they subsequently provided to The New Republic, Brookings is mentioned explicitly by McCoy as one of two think tanks his company is “actively involved in.”

A Brookings spokesperson pointed to the institution’s research independence guidelines and said that “Exxon has made no direct contributions to support specific scholars or specific research projects, and its funding is not directed toward Brookings’s carbon tax or climate change related research.”

The other think tank McCoy mentioned is the Center for Strategic and International Studies (CSIS), which last year got $175,000 in general support funding and $500,000 for its Securing Our Future Capital Campaign.

A CSIS communications officer told Aronoff that no one there dealt with McCoy and that “we have not had any discussions with ExxonMobil concerning a carbon tax.” However, the officer added that “we routinely invite Exxon, other oil and gas companies and other companies more generally to our conferences and events. Exxon representatives attend these events. In that sense, we communicate with them.”

Other recipients of money from ExxonMobil, according to the “Public Information and Policy Research” section of its 2020 Worldwide Giving Report, include the American Enterprise Institute ($100,000), Bipartisan Policy Center ($200,000), Council on Foreign Relations’ Corporate Program ($100,000) and U.S. Chamber of Commerce Foundation ($250,000).

An ExxonMobil spokesperson repeated Woods’ claim that McCoy’s comments don’t reflect the company’s positions, acknowledged that Woods is on CSIS’s board of trustees and said: “AEI, BPC, Brookings and CSIS are known for their collaborative approach and assembling a diversity of views to develop and research domestic and global policies on a variety of issues. We support those efforts.”

I love this piece. having written about this sort of influence before it’s always frustrating how, without leaked documents or whatever, this is often the limit of what you can say; even when it’s so obvious what the money is for, the think tanks just lie https://t.co/suc3oHCIF6 pic.twitter.com/n5XZrIW4C2

Aronoff wrote that “how you interpret this set of facts depends on how you think about financial incentives and corporate giving. ExxonMobil, at the end of the day, is a company; presumably, it is not pouring hundreds of thousands of dollars a year into centrist think tanks for fun.”

“The oil giant already maintains an impressive official lobbying operation, and donates generously to politicians,” she noted. “But by funding the institutions that help define ideas about what constitutes a reasonable climate debate, the company may be exerting more influence over public discourse than the public realizes.”