ExxonMobil climate scientists predicted the climatic damage its product would cause with remarkable accuracy, while the company spent huge sums of money denying and obfuscating the science of climate change, according to a study published Thursday in Science. 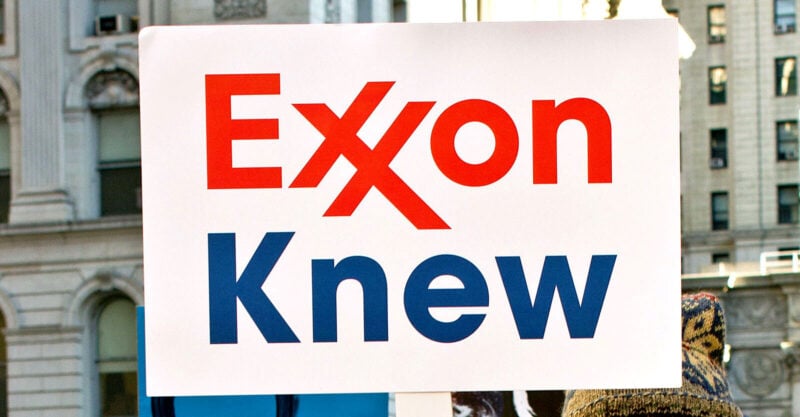 ExxonMobil climate scientists predicted the climatic damage its product would cause with remarkable accuracy, all while the company spent huge sums of money denying and obfuscating the science of climate change, a study published Thursday in Science reveals.

That “Exxon knew” its product was dangerously increasing global temperatures has been known for years, but the precision and accuracy of its predictions were “actually astonishing” Harvard science history and co-author of the study Naomi Oreskes told The Associated Press (AP).

“ExxonMobil accurately foresaw the threat of human-caused global warming, both prior and parallel to orchestrating lobbying and propaganda campaigns to delay climate action,” the study’s authors wrote.

Researchers “dug into not just to the language, the rhetoric in these documents, but also the data. And I’d say in that sense, our analysis really seals the deal on ‘Exxon knew,’” Jeffrey Supan, an environmental science professor at the University of Miami and lead author of the study, told the AP.

It “gives us airtight evidence that Exxon Mobil accurately predicted global warming years before, then turned around and attacked the science underlying it.”

Multiple states and municipalities have filed lawsuits seeking to hold Exxon accountable, along with numerous other oil and gas firms and trade associations, for defrauding consumers about the damaging impacts of their products.