Why Is EPA Still Exposing Women to Pesticides Linked to Breast Cancer?

A recent peer-reviewed study by scientists at the Silent Spring Institute — named after Rachel Caqrson — found that regulators routinely fail to consider whether a pesticide might cause breast cancer before approving its use. 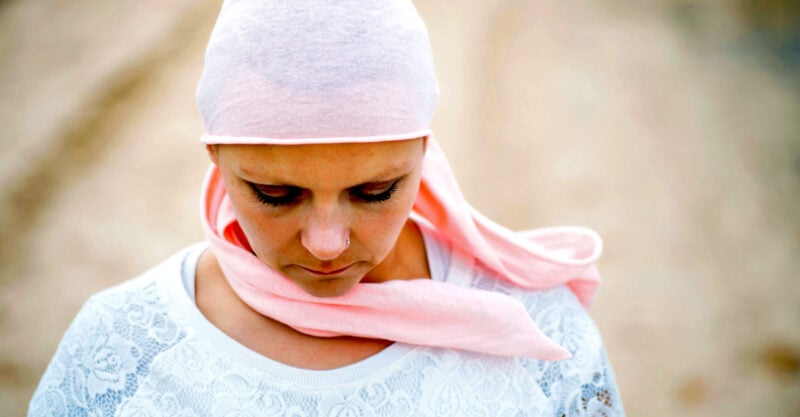 The book was seminal in that it sparked the modern environmental movement, a U.S. ban on DDT, and the founding of the U.S. Environmental Protection Agency (EPA).

However, despite decades passing since Carson first warned us about the dangers of pesticides, EPA continues to approve pesticides linked to breast cancer.

A recent peer-reviewed study by my colleagues at the Silent Spring Institute, a scientific research organization named in Carson’s honor, found that regulators routinely fail to consider the risk that a pesticide might cause breast cancer when approving its use.

Typically, when a manufacturer seeks EPA approval for a pesticide, it submits studies that address the potential for the pesticide to cause cancer.

Using the EPA’s pesticide registration documents, my colleagues identified 28 pesticides linked with mammary tumors in those studies. For 19 of these pesticides, the EPA dismissed the evidence altogether and only acknowledged nine of them as causing mammary tumors.

The pesticides are commonly used as preservatives in cosmetics, food and pharmaceuticals and as agricultural and residential herbicides. Yet in its evaluations, the EPA provided either no reason or vague rationales for dismissing the tumors. Many of the pesticides are not approved for use in the European Union.

Breast cancer remains one of the few cancers that continue to increase in prevalence. Not only is it the most commonly diagnosed cancer, surpassing lung cancer, but rates among U.S. women under the age of 40 are also on the rise.

In order to bring down incidence rates, it’s imperative that we address the preventable causes of breast cancer, and that includes catching cancer-causing chemicals before people are exposed.

To identify breast carcinogens, we need to account for the multiple ways that chemicals can trigger the development of cancer.

For instance, many of the pesticides reviewed in the Silent Spring Institute study act like endocrine disruptors, which can alter mammary gland development and increase breast cancer risk.

In another peer-reviewed study, the same team of scientists identified nearly 300 chemicals, including a number of pesticides, that cause cells to produce more of the hormones estrogen or progesterone — known risk factors for breast cancer.

The science of endocrine-disrupting chemicals has advanced.

And although testing has been updated to detect the effects of chemicals on the developing reproductive system, effects on the developing mammary gland are not required to be part of the EPA’s chemical risk assessments. This is a terrible oversight that limits the agency’s ability to identify chemicals that disrupt breast development and lactation and increase the risk of breast cancer.

In a new review article, my colleagues at Silent Spring outline different ways in which regulators could improve outdated testing methods, and therefore their ability to prioritize chemicals for regulation.

Carson railed against the chemical industry’s aggressive strategy of spreading disinformation and its influence over public officials. She argued that it was a conflict of interest for the U.S. Department of Agriculture to be responsible for both regulating pesticides and addressing the concerns of the agricultural industry.

In 1970, a newly created EPA was tasked with handling approval and restrictions of pesticides in the hopes of diminishing the influence of the agricultural lobby over the regulatory process. Unfortunately, allegiance to industry interests and corruption within the agency persists.

Recent investigations have found the EPA guilty of downplaying or deleting hazards in scientific evaluations of the safety of pesticides and other chemicals, waiving toxicity tests, creating a culture of intimidation toward staff scientists who raise concerns and greasing a revolving door between the agency and the agrochemical industry.

The agency almost solely relies on industry-led studies when approving pesticides, and often does not have the resources or time to scrutinize the data.

While it would be useful for independent researchers to evaluate information in the underlying studies that EPA used to report on the safety of pesticides, these are not usually publicly available without a granted Freedom of Information request, and that can take many months or longer to obtain.

Demanding more from the EPA

The EPA must update its carcinogenicity and reproductive testing guidelines to better capture the effects of pesticides on the mammary gland, including the effects of endocrine disruptors, and make underlying studies freely available so that they may be evaluated by independent researchers.

Importantly, the EPA needs to stop relying heavily on industry-financed studies in the first place.

EPA also must reevaluate its cancer risk assessments of five approved pesticides — malathion, triclopyr, atrazine, propylene oxide, and 3-iodo-2-propynyl butylcarbamate — given their widespread use and strong evidence of harm.

Rachel Carson was diagnosed with breast cancer while writing “Silent Spring.” When Carson testified in front of a congressional panel in 1963 about the perils of synthetic pesticides, the tumors had spread throughout her body and she struggled to walk to her seat.

Still, she told almost no one about her diagnosis, scared that her work would be dismissed as motivated by her illness. Carson died at 56, less than two years after the publication of “Silent Spring.”

We can honor Carson’s life by demanding more from the very institution her work inspired.