The EPA's proposed rule would reduce by 85% the use of planet-heating hydrofluorocarbons, man-made compounds that are thousands of times more potent than carbon dioxide. 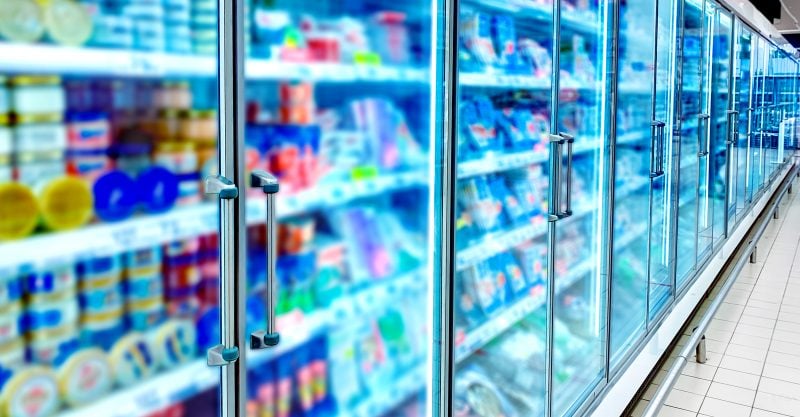 As the Biden administration faces pressure to step up its climate action, the U.S. Environmental Protection Agency (EPA) on Monday announced its first rule to tackle the global emergency — a proposal to reduce planet-heating chemicals commonly used in refrigeration and air conditioning by 85% over the next 15 years.

The EPA’s proposed rule on hydrofluorocarbons (HFCs) — which are thousands of times more potent than carbon dioxide — comes in response to the American Innovation and Manufacturing (AIM) Act, which Congress passed in December as part of a COVID-19 relief and spending package.

The proposal, which follows President Joe Biden’s recent pledge to halve U.S. emissions by 2030 and his Leaders Summit on Climate last month, was welcomed by David Doniger, senior strategic director in the Climate & Clean Energy Program at the Natural Resources Defense Council.

“This rapid move by the Biden EPA to start phasing down these extremely potent climate pollutants will deliver enormous public health and climate benefits to all Americans,” Doniger said. “EPA is wasting no time implementing bipartisan legislation that won support ranging from Natural Resources Defense Council and other environmental and public health advocates to industry and the Chamber of Commerce.”

“Replacing HFCs is a critical and totally doable first step to head off the worst of the climate crisis, and we have safer alternatives ready to go that will save industry money in the bargain,” he added. “The global HFC phasedown will avoid adding almost another degree Fahrenheit to our overheated world this century.”

Acknowledging that HFCs contribute to the climate emergency, “which threatens society with costly health and environmental impacts,” the EPA estimates that “the cumulative benefits of this action is $283.9 billion from 2022 through 2050, and that the proposal will yield cumulative compliance savings for industry.”

The agency’s statement also said that the total emission reductions for that time period are projected to amount to the equivalent of 4.7 billion metric tons of CO2, or nearly three years of U.S. power sector emissions at 2019 levels.

Today the EPA will submit proposal to curb use & production of super polluting #HFC refrigerants. A fast, global phasedown of HFCs can avoid up to 0.5C by 2100, taking one of the single biggest bites out of the climate problem. This is BIG progress!https://t.co/4eABCCl3v2

Under the proposal, set to be finalized later this year, EPA “would set the HFC production and consumption baseline levels from which reductions will be made, establish an initial methodology for allocating HFC allowances for 2022 and 2023, and create a robust, agile and innovative compliance and enforcement system,” the statement explained.

U.S. Climate Alliance executive director Julie Cerqueira said that “national standards will ensure all communities have access to higher quality products, and that we are giving U.S. industry the best opportunity to innovate and lead the global transition to HFC alternatives.”

“Alliance states have been leading the charge in reducing HFC emissions in recent years and now have a strong federal partner in this push,” she said. “It’s a win for jobs, a win for our economy, and it will help us achieve our bold state and federal climate goals.”

Avipsa Mahapatra, climate lead for the nonprofit Environmental Investigation Agency, told the Washington Post that the proposal is “very forward-looking” in terms of anticipating issues that may arise from reducing HFCs. She praised the Biden administration for acting swiftly, saying that “they have not compromised on ambition in the interest of speed.”

The moves mark a sharp shift from the Trump administration, which rolled back Obama-era policies aimed at fulfilling the nation’s commitment to reduce HFCs under a 2016 international agreement, called the Kigali Amendment. President Donald Trump never submitted the treaty for Senate ratification, and his deputies reversed a rule requiring companies to detect and repair leaks from any appliance or piece of equipment using more than 50 pounds of HFCs.

Biden officials are reviewing whether to revive the rule, and the president signed an executive order in January instructing Secretary of State Antony Blinken to submit the Kigali Amendment to the Senate for a vote. A total of 119 other nations have ratified the treaty. The European Union and Canada already have their own regulations in place dealing with HFCs, while China agreed to work with the United States to cut their use when John F. Kerry, Biden’s international climate envoy, visited there last month.

EPA Administrator Michael Regan declared Monday that “with this proposal, EPA is taking another significant step under President Biden’s ambitious agenda to address the climate crisis.”

Exciting #ClimateAction news this morning with @EPA & @EPAMichaelRegan laying out the plan to finally eliminate HFCs, one of the most potent greenhouse gases.https://t.co/Sx2qq5FoT5

“By phasing down HFCs, which can be hundreds to thousands of times more powerful than carbon dioxide at warming the planet,” Regan added, “EPA is taking a major action to help keep global temperature rise in check.

“The phasedown of HFCs is also widely supported by the business community, as it will help promote American leadership in innovation and manufacturing of new climate-safe products,” he noted. “Put simply, this action is good for our planet and our economy.”

That message was echoed by Sen. Ed Markey (D-Mass.), a lead sponsor of the Green New Deal Resolution and THRIVE Act.

Climate super-pollutants were designed to cool our buildings but instead heat our planet. Powered by Congressional action, @EPA is taking meaningful steps to limit these emissions. This is what a climate-safe future can look like: jobs, justice, and a healthy planet. https://t.co/WFKGNTVBwa

Passing the legislation last year, Carper added, “was a momentous climate achievement that will help save our planet, and today we are one step closer to its benefits being a reality.”

The Hill noted that “the provision was incorporated into a government spending bill after a compromise with Sen. John Barrasso (R-Wyo.), which added language preventing states from passing their own stricter HFC regulations for at least five years.”