After he was injured in April 2021 by Pfizer’s COVID-19, “Nick” started a public vaccine injury group on social media hoping to find answers and share practical solutions to help others like himself deal with lasting physical effects, but members had to “talk in code” or face censorship. 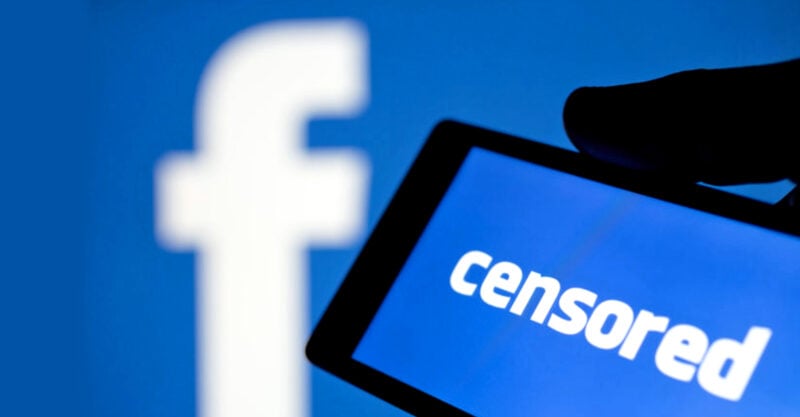 Nick started a public vaccine injury support group on social media about a year ago after receiving his one and only Pfizer shot for COVID-19.

That was back in April 2021, and he began suffering almost immediate neurological reactions after the injection, including temporary paralysis.

“I’ve had my entire life shattered by this vaccine,” Nick said, asking that his last name not be used. “It took me about nine months to get to a doctor willing to help me. They throw you under the bus. They leave you for dead.”

Nick launched the vaccine injury support group hoping to find answers and share practical solutions to help others like himself deal with lasting physical effects associated with COVID-19 injections.

The “absurd” part, he said, was the way that members used code to avoid being flagged or deleted. Words like “vaccine,” “injury” and “Pfizer” had to be avoided.

“Basically, [Facebook has] filters set up. I’m at the point where I’m certain that the federal government and Big Tech and Pfizer are all intertwined. It’s quite disgusting.

“They’ll delete your account [and] ban you. So everybody has to talk in code. [Facebook] will flag the post, delete the post, and delete the group. You’re not allowed to ask for help. You have to spell it in weird words.”

Nick said he experienced similar censorship on Reddit, where “a sea of people with the same problem” came looking for help and guidance.

“It was terrifying — this is happening — some sort of vaccine reaction,” Nick said. “Reddit constantly deleted me just for asking for help.”

“This is what you get for asking for help. All communications lost with the people that I was helping,” Nick said.

Catherine “Cat” Parker, who is vaccine injured and lives in Minnesota, launched the Vaccine Injury/Side Effects Support Group on Facebook in early 2022 when she couldn’t find information about vaccine injuries online.

“I saw many people needed a lot of emotional support and information. I decided I’d start helping people heal myself.”

Parker said she went into the project believing Facebook was a neutral corporate information technology platform for expressing different views and ideas.

“I would say within a month or so things would disappear” from the support group’s web page, Parker told The Epoch Times.

“Or you’d get a message that would say ‘misinformation.’ But it’s gotten really bad now — banning and suspending us. I think my last one was for 28 days. I’ve lost count now. This is my normal account. I’ve got all my photography there too.”

Parker said when she does a Google search on her support group, “we don’t exist on the search list.”

At last count, her group had 1,200 members, many of them health care professionals, but Facebook metrics show almost zero traffic, she said.

Parker said she received the Johnson & Johnson shot in April 2021 when her construction company mandated it. She was given her Pfizer booster in November 2021 and now suffers from debilitating health issues.

“How much time do you have?” Parker said when asked to describe her symptoms, which include “autonomic disruptions,” Parkinson-like symptoms and adrenal insufficiency.

“There are so many things — tremors, bleeding, clots, imbalances, brain fog, migraines, memory loss, stuttering — it’s insane,” said Parker, a freelance photographer diagnosed with COVID-19 about a month ago.

“I don’t ever feel good anymore … the vaccine. I used to live life to the fullest: travel and spend time with friends and family. I don’t do anything like that anymore because I don’t feel good anymore.

“You can’t find any information because we’re being censored so bad.”

She’s currently in Facebook “jail” for 28 more days for contesting a six-day ban for an earlier post.

“I’m not allowed to comment” on vaccine injuries,” Adley told The Epoch Times.

“I told the truth. So I guess telling the truth violates Facebook’s community standards policy. You have to follow the [vaccine] narrative because the narrative is a lie. They’re not following the science right now.”

“Facebook put me in Facebook jail for 30 days. I must create a new ID to get back as the group administrator.”

She was recently let go from her job as a nursing home professional while on medical leave, refusing to take a booster shot.

“I had brain, lung, heart and stomach damage, and you want me to get the booster, and you won’t accept my doctor’s medical exemption?

“This was medical rape. I did not give my consent. Putting me out in the street at 64 — that’s not a choice. No one can tell me that these human rights given to us by God can be taken away from us by a man.”

“I’m angry — angry because this is America. Why do we have a Constitution if we’re not abiding by it?” Adley said. “My body, my right — when did that go by the wayside?”

Parker said she plans to migrate from Facebook to TrialSite News, a free-speech platform based in Utah and is currently in negotiations.

“I see [Facebook] shutting us down,” Parker said. “I’m blocked on Twitter now for six days — for ‘violence.’ I think I said the vaccine was “worthless as [breasts] on a boar.’ I’m from the South. We have some good sayings.”

Parker said her goal now is to enable honest conversations and ask questions about COVID-19-related vaccines and injuries.

People are “angry now,” she said. “There’s a lot of us. It’s going to be like a Revolutionary War.”