Amazon Ring cameras threaten both society and consumers, according to organizations behind the campaign, which say it’s a "bad idea to fill your home with internet-connected devices capable of constantly watching and listening." 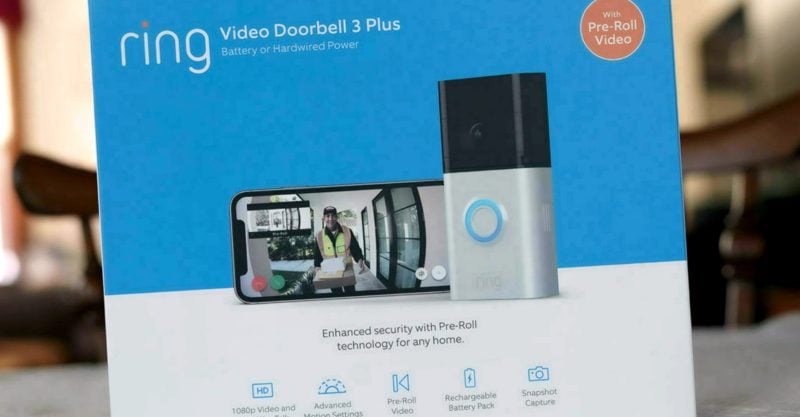 A coalition of more than 15 consumer protection, civil liberties, and civil rights groups on Tuesday launched a new campaign urging technology review websites to rescind or suspend their recommendations of Amazon Ring doorbell cameras, a product that critics say is detrimental to the well-being of families, communities and democracy.

The “Rescind Ring” effort seeks to persuade product reviewers to “consider the overall impact of a product on society at large in addition to the value to consumers in their assessment,” organizers explained in a statement.

“Ignoring the broader societal impact of a product does not make your review ‘neutral,’ it makes it reckless and incomplete,” said Evan Greer, deputy director of Fight for the Future, which is leading the push, alongside the Action Center on Race and the Economy, Demand Progress, and the Surveillance Technology Oversight Project among others.

The groups plan to mobilize thousands of supporters to pressure CNET, Consumer Reports, Digital Trends, Gizmodo, TechRadar and Tom’s Guide — websites targeted for their “best in category Ring recommendations made in the past year” — to “rescind their endorsement and update relevant guides before the holidays.” The campaign also targets Wirecutter, which “suspended their Ring review last December but is in the process of reviewing the camera for a possible reversal of suspension.”

Because “we know these recommendations play a critical role in purchasing decisions people make during the holidays,” Greer said, “it’s important reviewers uphold their commitment to consumers and the trust the public puts in their endorsements by withdrawing or suspending their Ring recommendation.”

“Product review sites would not recommend, for example, stalkerware apps used by abusers to track their spouses. They shouldn’t recommend harmful products like Ring, either,” Greer added.

According to the progressive organizations behind the campaign, “Amazon Ring cameras threaten both society and consumers.”

Campaigners say the cameras have poor security features, leaving consumers vulnerable to hacks and leaks. In addition, Amazon last month recalled 350,000 Ring doorbells after some of the surveillance devices caught fire, which watchdogs called “the latest example of the tech giant moving too quickly, and being reckless with security and safety, in order to flood our communities with cameras.”

“Beyond the obvious privacy issues, Ring has a terrible track record when it comes to security even for the users who buy them,” noted Fight for the Future’s chief technical officer, Ken Mickles.

“High-profile incidents where Ring cameras were hacked and used to spy on children forced the company to make some improvements, but from a technical perspective it’s just a bad idea to fill your home with internet-connected devices capable of constantly watching and listening,” Mickles continued. “I’d never trust one of these devices on my front door or around my kids.”

“Amazon Ring cameras are dangerous, not just for the people who buy them, but for their neighbors, their communities, and society as a whole,” said Greer. “Amazon’s monopoly power and aggressive pursuit of surveillance partnerships with police set them apart from their competitors.”

Collaboration between the tech giant and law enforcement agencies can exacerbate “racist targeting,” the campaign said, which “is especially worrisome when coupled with the fact that” over a third of all police killings in the U.S. since 2015 can be attributed to about half of the roughly 1,400 police departments partnered with Amazon.

She alluded to a case this summer in which “a man was killed by sheriffs in a Ring-related incident” and asked, “How many people have to be jailed or killed before tech reviewers realize Ring is not safe for anyone?”

“Review sites,” Mickles concluded, “are putting their credibility at risk by continuing to recommend these products.”