Kids Will Be Traumatized for Decades by COVID Policies, Child Psychiatrist Says

On the latest episode of “Against the Wind” on CHD.TV, Dr. Paul Thomas interviewed child psychiatrist Dr. Mark McDonald, and invited two college sophomores and a family advocate to examine the question: How does pandemic masking, distancing and hyper-sanitizing affect the mental health of children and youth in the long-term?

On the latest episode of CHD.TV’s “Against the Wind,” host Dr. Paul Thomas examined the psychological effects of pandemic precautions and practices on the youngest population.

The guests — Dr. Mark McDonald, a child psychiatrist, and two college students from George Fox University — focused on this question: How is distancing, mask-wearing, hyper-sanitizing and vaccine shaming affecting children and youth?

McDonald said has been drawing attention to what he’s learned in his Los Angeles-based child psychiatry practice concerning the negative effects of pandemic behavior.

He said he’s voiced his concerns on public platforms, and published, in local and national news, evidenced-based psychological evaluations of the pandemic response on children and the impact of school closures on children’s psychological health.

Over the course of a decade working as a child psychiatrist, McDonald said he’s observed the “garden variety” of treatable complaints — with rare instances of trauma that require more serious intervention.

But what he’s seen over the course of the pandemic — with the nationwide practice of masking children, distancing and hyper-sanitizing — is what he calls “child abuse.”

McDonald said adults have been “wallowing in their own anxiety” at the children’s expense. He said what he’s observed “… is the ratcheting up of severity and depth of symptomatology of anxiety and depression in kids across the whole spectrum of ages, races and economic classes. It really hasn’t spared anyone and it’s almost untreatable.”

He said mediations, therapies and interventions have been “nearly or completely ineffective” in treating the adverse effects of what he described as a mass delusional psychosis.

“I believe the problem is environmental. I think these kids are swimming — and have been swimming for over a year and a half now — in a toxic, stressful, irrational, dysfunctional, disconnected environment.”

He said by wearing masks children are missing the vital human connection found in facial expressions, and from distancing and isolation they are missing the reciprocity and the sensory benefits of other children, animals and the outdoors.

“All of that has been taken from them. The result, in my opinion, has been a complete collapse of their psyche — an arrest in their development — and the seeds, which are germinating and I’d say ‘flowering,’ of a full-blown trauma which I think will last for decades, if not generations.”

DeeDee Hoover, a child and family advocate, joined the show to interview two George Fox University sophomores, Sophie and Alyssa, about the social pressures to wear masks and take the vaccine on university campuses.

The students discussed the extreme consequences imposed on them by their university for going against the norm. They described in detail the psychological methods the college applied to push the vaccine as “the right choice,” and how that pressure has negatively altered their college experience.

“Against the Wind” is hosted by Dr. Paul Thomas, a Portland, Oregon pediatrician and author of “The Vaccine-Friendly Plan.” Each show features interviews with doctors and scientists who bring light to vital studies not covered by the media, and the persecution they face for standing up for medical freedom. Thomas hosts a live Q&A for members of “Against the Wind.” To join, visit doctorsandscience.com. 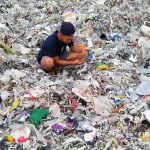 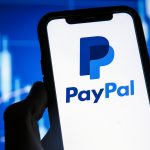 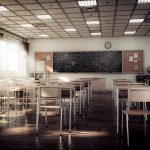 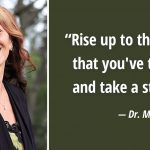 Dr. Michelle Perro to Fellow Pediatricians: ‘Rise Up, Take a Stance’ Against COVID Vaccines for Kids