New analysis by IRS researchers and academics estimates the richest 1% of U.S. households use complex tax avoidance strategies that allow them to outmaneuver the federal government's increasingly rare audits of the wealthy. 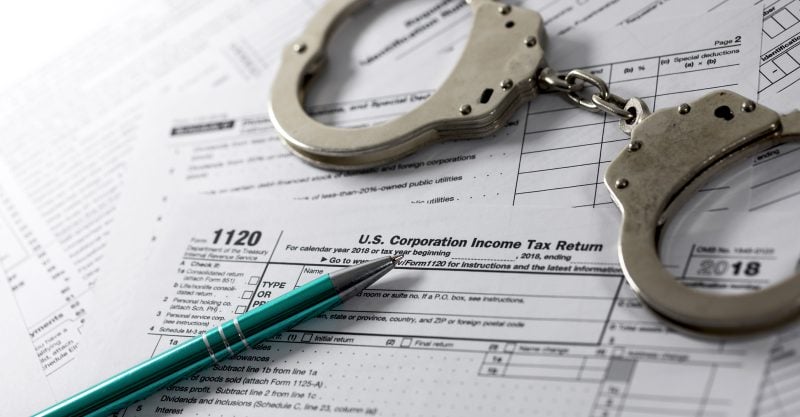 A new analysis by IRS researchers and academics published Monday morning estimates that the richest 1% of U.S. households don’t report around 21% of their income, often using complex tax avoidance strategies that allow them to outmaneuver the federal government’s increasingly rare audits of the wealthy.

Led by two IRS researchers as well as Daniel Reck of the London School of Economics and Emmanuel Saez of the University of California, Berkeley, the new paper finds that six percentage points of the richest households’ unreported income “correspond to undetected sophisticated evasion” such as offshoring, pass-through businesses, and other avoidance tactics.

“From a policy perspective, our results highlight that there is substantial evasion at the top which requires administrative resources to detect and deter,” the authors write. “We estimate that 36% of federal income taxes unpaid are owed by the top 1% and that collecting all unpaid federal income tax from this group would increase federal revenues by about $175 billion annually.”

“There has been much discussion in the U.S. about the fact that the audit rate at the top of the income distribution has declined,” the paper continues. “Our results suggest that such low audit rates are not optimal.”

This isn’t a loophole. This is tax evasion.

The IRS doesn’t enforce tax laws when it comes the ultra-wealthy. https://t.co/rzqwZNTovB

ProPublica reported in 2019 that in recent years, the IRS has audited the poor at around the same rate as the richest Americans, who have been the principal beneficiaries of years of budget cuts and staff shortages at the federal tax agency.

When the IRS actually conducts them, random audits “do not capture most tax evasion through offshore accounts and pass-through businesses, both of which are quantitatively important at the top,” according to the new analysis. As a result, the paper’s authors note, the incomes of the wealthiest people in the U.S. and the country’s overall inequality are significantly underestimated.

Reck, of the London School of Economics, told the Wall Street Journal ahead of the paper’s official release that the findings show “there is more revenue than you might have thought at the very top.”

“What’s needed,” argued Reck, “is a broader strategy that involves increased scrutiny of pass-through businesses [and] investments in the comprehensive audits that the IRS does in its global high-wealth program.”

Last month, Rep. Ro Khanna (D-Calif.) introduced legislation that would provide the IRS with $100 billion in additional funding over a decade so the agency can more closely examine and crackdown on tax evasion by the richest Americans. The bill would invest in improvements to IRS technology, require audits of the richest individuals and corporations, and implement more strict income reporting requirements.

Khanna’s office estimates that the Stop Corporations and Higher Earners From Avoiding Taxes and Enforce Rules Strictly (CHEATERS) Act would bring in $1.2 trillion in federal revenue over 10 years.

“We know our tax system is broken, and it’s long past time we start fixing it,” Khanna said in a statement. “The ultra-wealthy play by different rules than the rest of us.”