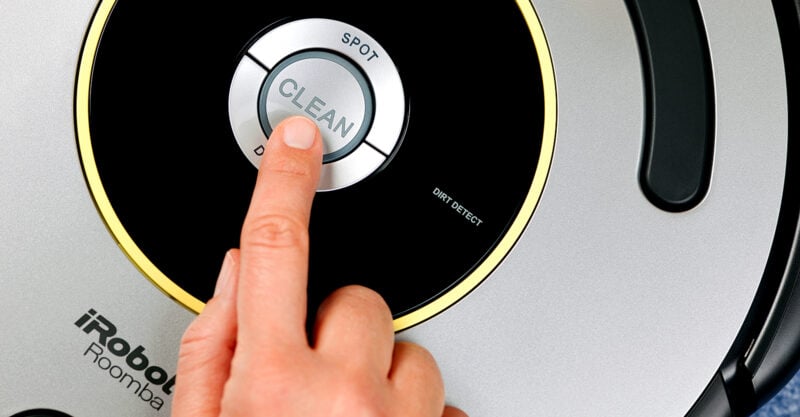 Amazon on Friday expanded its capacity to connect to and collect information about consumers’ homes and private lives, announcing its plan to purchase of iRobot Corp., the maker of the popular Roomba vacuum.

The e-commerce giant announced it will acquire the company for $1.7 billion in an all-cash deal, taking control of one of its competitors following Amazon’s release last year of Astro, its own “smart” home assistant, which can move between rooms in a home and recognize faces.

But the purchase said Robert Weissman, president of the consumer advocacy group Public Citizen, “is not just about Amazon selling another device in its marketplace.”

“It’s about the company gaining still more intimate details of our lives to gain unfair market advantage and sell us more stuff,” he said.

Like Amazon’s other home products including Alexa and Ring, Roomba can connect to smartphones and WiFi. The vacuum creates a map of users’ homes so it can tell where furniture and doors are as it cleans floors.

Alternative headline: Amazon buys company that constantly maps the inside of your home https://t.co/qS16f5e5qV

“With Ring, Alexa and now Roomba, Amazon tracks EVERYTHING that happens inside your house (even who visits you),” said economist and entrepreneur Raoul Pal.

With Ring, Alexa and now Roomba, Amazon tracks EVERYTHING that happens inside your house (even who visits you). This is all about getting data on YOU. Google Nest too. Homes were your last data sanctuary as you put your phone down, but not now. https://t.co/7sbaW8XgF0

In 2017, iRobot CEO Colin Angle told Reuters that his company was considering selling data collected from customers’ homes by Roombas to companies including Amazon and Google, helping the corporations discern what and how to market products.

“Maps of the inside of your home can tell a lot about a person,” Electronic Frontier Foundation attorney Jamie Williams told BuzzFeed at the time. “For instance, how you lay out your living room could disclose whether watching TV is a central part of your life.

It could disclose whether you have pets. How often you rearrange furniture. This information wouldn’t be worth a lot to advertisers if it didn’t reveal highly sensitive information about the inside of the home.”

The purchase of iRobot comes two weeks after Amazon announced its acquisition of One Medical, a private healthcare provider, for $3.9 billion.

Sen. Bernie Sanders (I-Vt.) was among the critics of the deal, warning Amazon’s foray into medical care would not “provide quality care to all in a cost-effective way” but would only serve to make Amazon founder Jeff Bezos “even richer.”

Ron Knox, a researcher at the Institute for Local Self-Reliance, said Amazon’s purchase of iRobot “may be the most dangerous, threatening acquisition in the company’s history,” adding that it “is bad EVEN IF you’re only worried about whether the deal will hurt competition.”

“Jeff Bezos has said that Amazon wants to buy its way to dominance,” said Knox. “By snatching up Roomba and pairing it with its vast monopoly power fueled by its Prime system, it would do just that.”

7. This is also a straight-up data acquisition. The most advanced versions of Roomba collect information about your house as they clean.

It knows where you keep your furniture, the size of each room and so on. It’s a vacuum and a mapping device.

Weissman said federal regulators “should not allow Amazon to suck up iRobot/Roomba.”

“The last thing America and the world needs is Amazon vacuuming up even more of our personal information,” he said. “Amazon should not be permitted to leverage its retail market power to expand its market share of connected home devices.