Maine reports eight deaths in fully vaccinated people with COVID and the Centers for Disease Control and Prevention reports more than 3,459 breakthrough cases of COVID resulting in hospitalization or death. 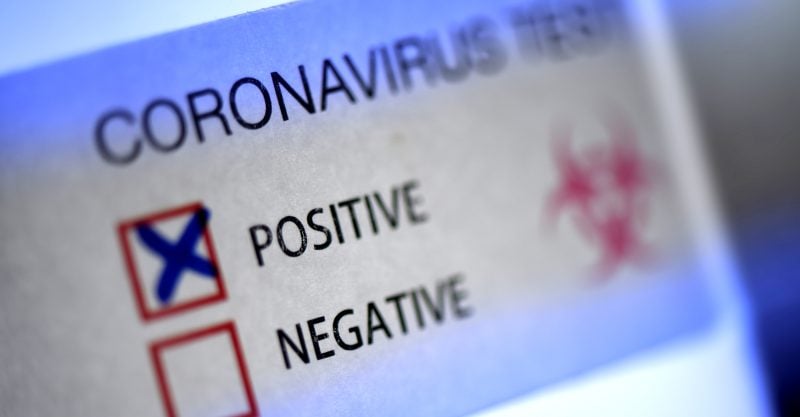 Eight people in Maine have died with COVID after being fully vaccinated, according to the latest numbers from Maine’s Centers for Disease Control and Prevention (CDC), which confirmed a total of 457 breakthrough cases in the state.

Initial data suggest breakthrough cases in Maine are more common in older individuals and people with underlying health conditions — the same populations that, among the unvaccinated, are most at risk of hospitalization or death from the virus.

About half of the vaccinated people in Maine who tested positive for COVID had not experienced symptoms when contacted by case investigators, according to the Maine CDC.

In Maine and other states, anyone who tests positive for SARS-Cov-2 two weeks after receiving the single-dose Johnson & Johnson shot or completing the two-dose Moderna or Pfizer vaccination is recorded as a breakthrough case.

The daughter of one Maine woman who died from the virus despite being vaccinated said she wishes there was more information available about breakthrough cases. If she had known more, she said, she would have taken more precautions despite her mother’s vaccination status and been more insistent that she seek testing and treatment when she first had symptoms.

On June 3, Napa County California announced a fully vaccinated woman, who was more than a month past her second Moderna shot, died after being hospitalized with COVID. The 65-year-old woman had underlying conditions and tested positive for the Alpha variant, The New York Times reported.

“I’m very sad that she had a sufficiently severe illness that it actually led to her death,” said Dr. William Schaffner, medical director of the National Foundation for Infectious Diseases and a vaccine expert at Vanderbilt University. But “we expected to have the occasional breakthrough infection,” he said.

As of June 9, there had been more than 5,723 breakthrough COVID cases identified in California, according to the California Department of Public Health (CDPH).

Of the 5,723 cases, at least 417 people were hospitalized and least 47 died. Approximately 48% of cases were missing hospitalization data. It is not known if the primary cause of hospitalization or death was COVID or if there were other causes.

There is little data about COVID vaccines’ effectiveness in people with underlying health problems, especially immune impairment, because they weren’t included in the vaccines’ initial trials, CDPH said. But there is growing evidence people who are immunocompromised may not mount a strong response to the vaccine.

As The Defender reported last month, emerging research shows 15% to 80% of people with certain medical conditions aren’t generating many antibodies, if any, after receiving a COVID vaccine.

According to NBC News, people taking medications that suppress their immune system, those on medication for inflammatory disorders and those with blood cancers showed a significantly weaker antibody response to the vaccine.

An organ transplant study published in JAMA found 46% of 658 transplant patients did not mount an antibody response after two doses of the Pfizer-BioNTech or Moderna vaccines. Researchers think the lack of reaction is probably a result of taking a class of immunosuppressive drugs, called antimetabolites.

Other states continue to report breakthrough cases, among them Texas, which recorded  more than 768 breakthrough COVID cases through June 1, with 8% (61 cases) resulting in death.

In Washington, the state’s Department of Health reported 1,837 cases of breakthrough infection through June 9. Of those, 10% resulted in hospitalization and 31 people died from COVID-related illness. The majority of cases occurred in the 35 to 49 age group.

The CDC said it made the change in how it counts breakthrough cases to “maximize the quality of the data collected on cases of greatest clinical and public health importance.”

But according to Dr. Robert H. Shmerling, senior faculty editor of Harvard Health Publishing, there could be other reasons for the CDC’s decision. “First, there’s the challenge of messaging around encouraging people to get vaccinated,” Shmerling wrote. “Focusing on breakthrough cases may send a misleading impression that the vaccines aren’t effective. This might complicate efforts to battle vaccine hesitancy.”

The change in breakthrough reporting results in a lower overall number of reports of breakthrough cases in the U.S.

According to CDC data, a total of 10,262 SARS-CoV-2 vaccine breakthrough infections had been reported from 46 U.S. states and territories as of April 30, including 995 hospitalizations and 160 deaths.

The CDC’s website states actual vaccine breakthrough numbers are likely substantially higher as the surveillance system is passive and relies on voluntary reporting from state health departments and may not be complete. In addition, some breakthrough cases will not be identified due to lack of testing. This is particularly true in instances of asymptomatic or mild illness.

As with previous reporting, the CDC said reported breakthrough infection was likely an undercount of all SARS-CoV-2 infections among fully vaccinated persons and was a snapshot that could be used to help identify patterns and look for signals among vaccine breakthrough cases.

People who get COVID have long-lasting natural immunity

As The Defender reported, a new preprint study by the Cleveland Clinic found people previously infected with SARS-CoV-2 were less likely to be reinfected than fully vaccinated individuals who never had the virus — suggesting the vaccine is of no benefit to people who already had COVID.

The study, available on medRxiv, provides insight into how the immune system protects the body once a COVID infection is confirmed.

To better understand immune memory of SARS-CoV-2, researchers led by Drs. Daniela Weiskopf, Alessandro Sette and Shane Crotty from the La Jolla Institute for Immunology analyzed immune cells and antibodies from nearly 200 people who had been exposed to COVID and recovered, The Defender reported.

The Defender previously reported on breakthrough cases in Washington, Florida, South Carolina, Texas, New York, California, Minnesota and the Island of Seychelles, which has fully vaccinated more of its population against COVID than any other country in the world.