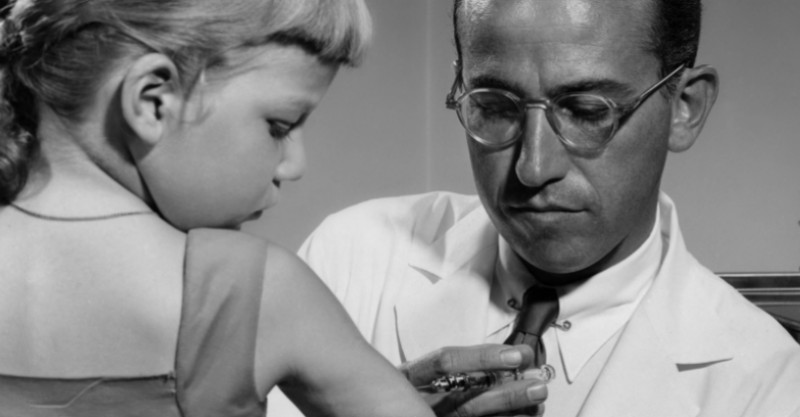 In 2020, we in the US live in a nation in which we have inherited a program by which victims of vaccine injury can attempt to seek financial remedy for the harm to themselves and their families. This program, the National Vaccine Injury Compensation Program, pits individual citizens against the US Executive Branch of Government – arguably the most powerful institution in the entire world – by forcing them to sue the Department of Health and Human Services for compensation. The program utilizes a tiered system in which Special Masters decide cases with power equal to full rulings; classically, Special Masters make recommendations on individual cases and a Federal judge would issue a ruling. In the NVICP, the SMs are very powerful and many act in a manner that socializes lawyers to behave in specific, proscribed fashions that game the system in favor of the defendant, the US HHS. Sadly, the HHS (Executive Branch) adminisers the NVICP (Judiciary Branch), as clear a violation of the separation of powers doctrine as imaginable.

As a sometimes expert in cases in the National Vaccine Injury Compensation Program, I have been, occasionally, compensated for my time. However, the HHS also and always compensates doctors (MDs) to argue that a vaccine did not cause each and every reported injury – and these MDs fight down to the molecule on mechanism and arguments that go to plausibility. It is scientifically implausible that all reported vaccine injuries are not caused by a vaccine, and yet HHS always manages to find MDs willing to claim just that. Some of these HHS-employed witness physicians also fight dirty, misrepresenting the facts of the literature they cite; for example, in one case, an MD cited a particular study and reported that the study showed that one type of cell infiltrates the heart when cardiopathy of certain kind is not caused by vaccines, and that the type of cell is a good biomarker to rule out vaccines; upon reading the study and further literature, I found that the very study the HHS witness cited was among the type of cellular infiltrates of the heart during cardiomyopathy involving vaccines.

Similarly, demyelinating disorders appear to share a common root cause, but the HHS MDs prefer to slice and dice their diagnoses by radiology, and arguing instances of vaccine-induced autoimmunity against the myelin sheath should be disallowed because in this patient, it occurs in these cells of the central nervous system instead of these other cells, where we will allow it. These diagnostic semantics are, in my judgement, an extremely callous and cruel abuse of the ignorance of the vaccinating public.

In other cases, the Special Masters have manipulated the case by citing precedent – evidently a privileged tactic available only to the Special Master, because lawyers representing US citizens injured by vaccines are not allowed to cite precedent in their casework for the NVICP. This particular Special Master insisted that the since prior cases have ruled that aluminum is not an issue in vaccine injury, my testimony, which cited massive amounts of evidence – including new evidence since those rulings – that aluminum does induce autoimmunity of many types when injected, especially if there is a genetic risk of autoimmunity – would be compensated but was not likely to help the case. The Special Master then went on to state that if the client wanted to continue to have me as an expert witness for his son’s case, that would be fine but the SM made it clear that it was unlikely that I would be compensated unless I provided testimony that the SM “liked”. In my reply, I recalled my invoice for any compensation, and informed the SM in my next expert witness statement that their recording was among the materials I examined, and that I took their offer of bribery for testimony more to their “liking” as an affront to liberty and justice. The SM quickly wrapped up the case by dismissal.

I have in other articles outlined the specific biological mechanisms of vaccine injury involving aluminum; it is absolutely true that we induce autoimmunity of many types in mice and rats routinely and reliably using doses that overlap the exposures per body weight to infants and children currently on the CDC’s recommended schedule. That Special Master is clearly part and parcel to a system in which there is no accountability for such manipulative behavior, and the entire NVICP is, in my opinion, a grave injustice to the vaccinating public.

As a result, I am not longer providing expert testimony for compensation in the NVICP on any further cases. I cannot participate in such a program based on my strong foundation of principles and ethics, anymore than I can attend and appeal via a three-minute statement to the Advisory Board on Immunization Practices for them to miraculously set aside their shared and nearly universal serious conflicts of interest. I could not appeal to them because, in my view, they, like any NVICP Special Master who games the system in favor of the HHS, have abdicated their authority and the individuals in those seats are not worthy of our respect. ACIP member are appointed, not elected; they act as agents of Big Pharma, not for the people, and I therefore refuse to recognize ACIP as an institution worthy of my appeal in this democratic republic. By defending HHS, who is the proxy defendant for Big Pharma in the NVICP, the NVICP also fails to represent the vaccinating public, the people who need and deserve compensation.

Today, the testimony from Dr. Jonas Salk from 1984 came to my attention. In his testimony, he argued that the live polio vaccine should be excluded from the NVICP to allow the market – choice by patients and physicians – and lawsuits on liability to allow the success or failure of the live polio vaccine, because given the lack of protection, the lawsuits against the manufacturers would incentivize them to stop producing the vaccine altogether or to make their own alternative, safe vaccine. Dr. Salk’s position was with regards to a single vaccine, although he also discussed the DPT vaccine was likely doomed due to a worse safety profile compared to acellular options that were being developed at the time.

After reading Dr. Salk’s statement, it becomes abundantly clear that it was understood at the time that liability is an absolutely necessary force to incentivize vaccine manufacturers to compete on a platform a safety instead of profitability. The 1986 National Childhood Vaccine Injury Act was a colossal mistake, and it must be repealed. Look at what is happening with Monsanto (Bayer) and glyphosate.

Dr. Salk’s message from the May 1984 hearing is reproduced below for current considerations. Read it and keep in mind that acute flaccid myelitis paralyzes children every year – with peak incidences occurring in the fall, right after the annual rash of vaccines to attend school. Dr. Salk’s words echo in time as a warning unheeded. The source is here.
https://files.eric.ed.gov/fulltext/ED255480.pdf

Dr. SALK. Madam Chairman, I have been listening very carefully to testimony that has been given thus far, and I wish to offer for the record what I have prepared in writing. I would like to emphasize the point that one of the available poliomyelitis vaccines [oral live virus vaccine] causes paralysis in a small number of instances and that an alternative vaccine exists [injected killed virus vaccine] that does not cause such injury. Another vaccine that is the cause of injury is the pertussis component of DTP (Diptheria, tetanus, and pertussis vaccine).

To make my point I would like to put the following question to the committee: If two pertussis vaccines existed, one of which causes injury and the other does not, would the latter not be the one that would be used to avoid such injury? I want, therefore, to bring to your attention the fact that the live poliovirus vaccine now in general use, causes more than the two cases per year of vaccine-associated paralysis, as has just been stated by Dr. Smith. Such cases occur to the extent of about 6 to 10 cases per year and not only in children who are vaccinated but in adults who are contacts of vaccinated children and also in community contacts. Accumulated over the period of time since the live poliovirus vaccine has been in use, more than 200 cases have accumulated over the period of the last 20 years. In view of the fact that a killed poliovirus vaccine exists which does not cause vaccine-associated paralysis, I would suggest that the way to deal with polio-vaccine-associated injuries would be to exclude indemnification for polio-vaccine-associated injuries from the legislation so as to create an incentive to avoid such injury since the killed virus vaccine is equally effective in protecting the vaccinated individual and the community from the development of outbreaks of poliomyelitis. This issue has been a subject of considerable discussion for quite some time. These facts were brought prominently to attention more than a decade ago. The conditions that have prevailed in the past as far as questions of equivalence of effectiveness of the killed virus vaccine which is safe as compared with the live virus vaccine that does cause injury, have now, in 1984, been resolved because of advances in the science and the technology of killed virus vaccine manufacture. If the science and the technology of pertussis vaccine manufacture was similarly advanced then the use of an improved vaccine would he introduced rather than indemnification. My simple plea is that indemnification is not necessary for solving the problem of polio-vaccine-associated injuries.

I am here to offer my views on legislation now being considered to provide compensation by the United States to victims of vaccine-related injuries.

I believe that such victims should receive fair and adequate compensation without the necessity to engage in uncertain lawsuits with producers of biologics, and their insurers, who understandably will use their power to defend their interests which differ from that of the victim.

I have two serious concerns with regard to such legislation:

-Jonas Salk, testimony to The Committee on Labor and Human Resources, 1 May 1984