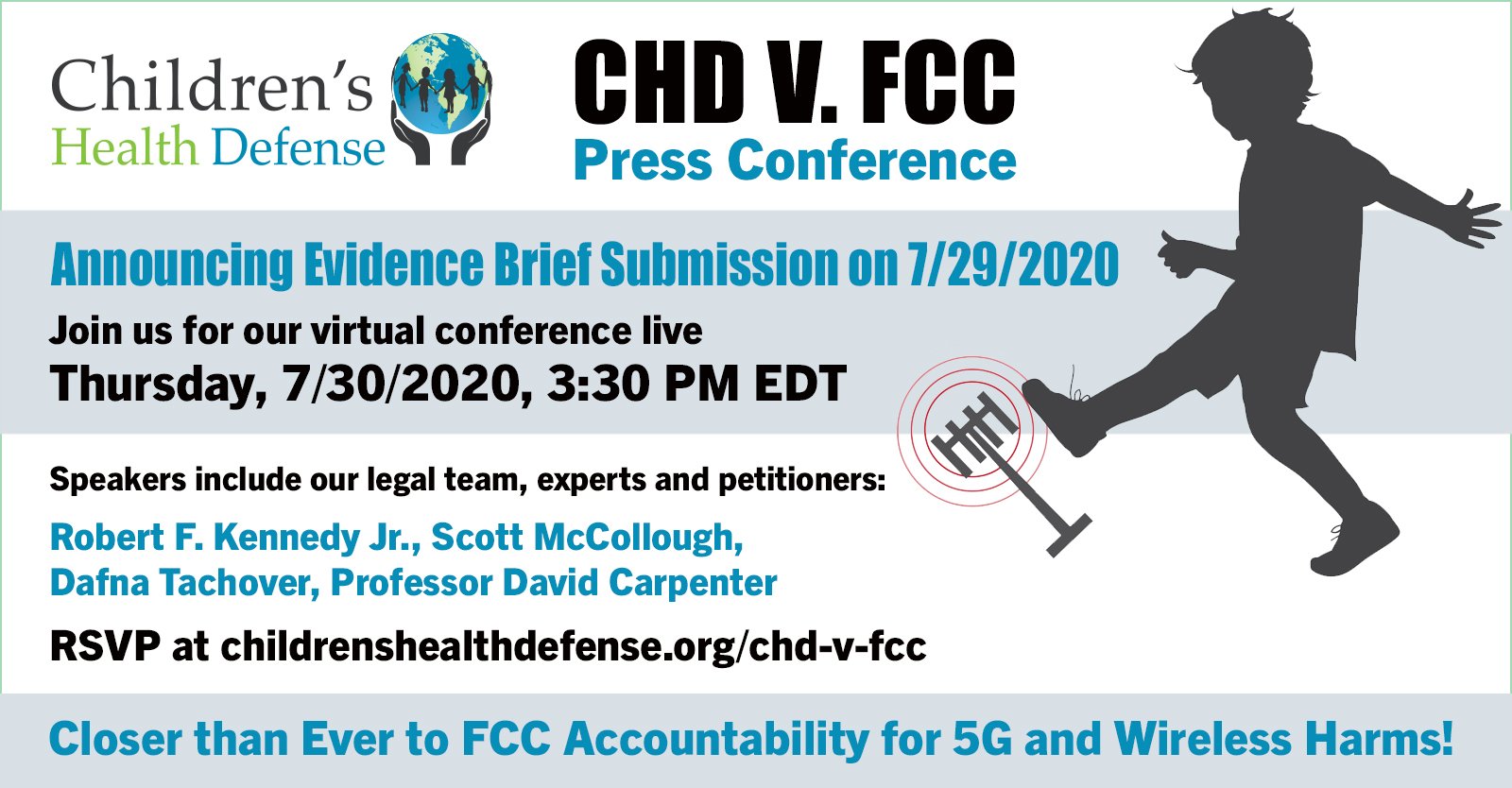 Join Robert F. Kennedy’s Children’s Health Defense for a live, virtual press conference on Thursday, July 30, 2020 at 3:30 p.m. ET/12:30 PT to discuss this exciting milestone in our landmark case against the Federal Communications Commission (FCC) – the submission of the evidentiary brief.

This evidentiary brief is the main submission in our case and provides the evidence upon which the petitioners rely. It cites thousands of studies, including those conducted by U.S. government agencies, and numerous reports that show clear evidence of harm. It also outlines scientifically the established mechanisms of harm from wireless radiation. Additionally, the brief shines a light on the human evidence of widespread sickness, which the FCC ignored when it egregiously closed its docket on the issue on Dec. 4 2019.

University of California Requires Flu Shot for All Faculty, Staff and Students