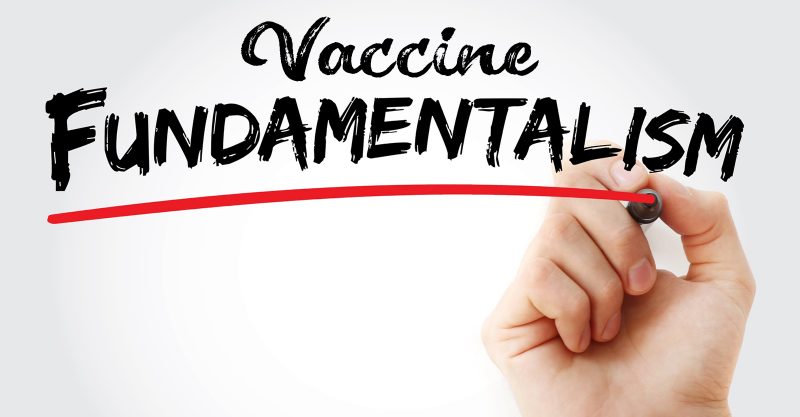 The metaphor of war has long been a part of public health. In responding to the Covid-19 pandemic, the world’s public health agencies mobilized and shut down entire parts of society under the utilitarian goal of stopping the spread of Covid-19.

In America, entire states were locked-down, public schools were dismissed, government public services halted, and businesses closed, while grim pictures of death were painted, pictures of sick and dying on ventilators were broadcast, and vivid dialogue of “overwhelmed” hospital capacity were plastered on mainstream media. Journals and media outlets played along, streaming out content about the dangers of Covid-19 and the need for continued lock-down. Dissenting views on social media were censored by social media tech companies.

Ostensibly the public health response escalated over time while new real-life data emerged that contradicted the severity of the Covid-19 forecasts. What was supposed to be a short lockdown response dragged on for months; the American economy faltered and sank in the wake of the response, and American state governors extended their short-term emergency powers to extend the lockdown period.

Public health officials themselves disseminate the war mentality with the repeated message: We are at war with an invisible enemy that must be eradicated. War mentality emphasizes the need for self-sacrifice in order to stop Covid-19 spread. And the weapons of war are glorified; public health authorities glorify its chief weapon of vaccination.

Like any war, there is collateral damage. The collateral damage here are the bedrocks of medical ethics, informed consent, human rights, civil liberties, and even science itself. How can proper science be conducted when one goal, “deliver a vaccine at warp-speed,” is emphasized over healthy scientific skepticism and public discourse? The ultimate collateral damage, of course, is among those damaged or injured by decisions resting on faulty science.

Fundamentalism reduces the complex to the simple and demands sacrifice of the immediate, the human, or the personal in service to an overarching ulterior goal that trumps all.

Vaccine Fundamentalism – Does Nothing Else Matter?

The war metaphor leads to a reductionist thinking style that leads to two exclusive outcomes. We either 1) win by eradicating the disease in question, or 2) the pandemic continues and threatens all of humanity. Peaceful coexisting is seen as a kind of surrender.

Citizens are given sham choices: either participate in the war effort or side with “the enemy.” Psychological shaming is used to coerce naysayers into participating; after all, who wants to be on the “pro-disease side?” Efforts to destroy the threat are prioritized as the most important consideration. Central to public health is the weapon of vaccines, and it has a sacred status in public health.

Vaccine fundamentalism is the belief that vaccination is the most important public health intervention, that it is above criticism, and that increasing the metric of vaccination uptake rate is the core purpose of public health agencies.

A public health official might defend the practice of vaccination through the often-repeated standard dogma of vaccine fundamentalism: vaccines have saved millions of lives, represent cost-efficient public health intervention, and an abundance of scientific research has shown time and time again that vaccines are safe and effective. Due to their importance, vaccines are above reproach and neither questioning them nor criticizing them is permitted.

While the practice of vaccination does have a place in the public health repertoire, the repercussions of such fundamentalist thinking cannot be ignored, and must be completely understood.

The chief consequence of vaccine fundamentalism is that public health policy over-emphasizes a single reductionistic metric: increased vaccination uptake. And consequently, single-minded pursuit of any goal can lead to other detrimental outcomes which have been almost entirely  ignored.

Charles Eisenstein, in his book Climate: A New Story explained, “This pattern of thinking is called fundamentalism, and it closely parallels the dynamics of two defining institutions of our civilization: money and war. Fundamentalism reduces the complex to the simple and demands sacrifice of the immediate, the human, or the personal in service to an overarching ulterior goal that trumps all.”

The war mentality represents an unfortunate confluence of ignorance, fear, prejudice, and profit… The ignorance exists in its own right and is further perpetuated by government propaganda.

Warmaking in the Efforts to Drive Vaccine Uptake

When vaccine fundamentalism is combined with the war metaphor, public health takes on the mantra of increasing vaccine uptake to fight disease at any cost. However, the behavior of public health institutions to achieve that goal can lead to perverse consequences that are seemingly the opposite of policy goals.

All of the strategies used by the public health institutions to increase vaccination uptake rely upon a key assumption: the core of vaccine refusal lies with the refuser’s ignorance of scientific knowledge and acceptance of misinformation delivered by vaccine deniers.

The warmaking is evident here. There is a separation of the people into two separate groups: those who comply and those who do not. The latter are given a label of vaccine hesitant or vaccine denier. Public health implicitly sees these groups as a form of deviance that must be corrected through the good efforts of public health.

There are numerous problems with the war mentality that public health officials ignore. Charles Eisenstein summarized: “The war mentality represents an unfortunate confluence of ignorance, fear, prejudice, and profit… The ignorance exists in its own right and is further perpetuated by government propaganda. The fear is that of ordinary people scared by misinformation but also that of leaders who may know better but are intimidated by the political costs of speaking out on such a heavily moralized and charged issue.”

Dissenting voices are drowned out by a strawman argument; the virtues of vaccines are used as a response to legitimate concerns without actually addressing the concern at hand.

The war mentality dehumanizes the enemy as unworthy of engagement on an equal level. Similarly, public health officials have taken the policy of refusing to initiate two-way dialogue regarding vaccine concerns for fear of legitimizing vaccine concerns. However, these strategies backfire in that those same concerns grow in the public.

What public health officials also fail to realize about the refusal to engage in productive two-way dialogue with those who have concerns is that this action is a form of epistemic violence. Philosopher Kristie Dotson defined epistemic violence as a “refusal, intentional or unintentional, of an audience to communicatively reciprocate a linguistic exchange owing to pernicious ignorance. Pernicious ignorance should be understood to refer to any reliable ignorance that, in a given context, harms another person (or set of persons).”

Dissenting voices are drowned out by a strawman argument; the virtues of vaccines are used as a response to legitimate concerns without actually addressing the concern at hand. Thereby an insidious form of confirmation bias occurs; the presumptive rationale for vaccines comes from a one-side assessment from the past that is never revisited.

This strategy backfires because those people bringing the grievances feel unheard. In response to the deafness of public health institutions, these people must do the equivalent of yelling louder.  They band together, form coalitions, begin grassroot campaigns, and advocate for change with legislators. As a result, well-organized organizations (Children’s Health Defense and ICAN) have arisen whose primary purpose is to advocate for those whose concerns are not heard and to push government for public health reform.

Paternalism in public health has long been criticized, but war metaphors elevate this charge. Public health agencies have taken a hard paternalism stance. They have positioned themselves as a necessary police figure that defends society from the threat of pandemics, one that is willing to override citizen concerns, censor free speech, and engage in violence in pursuit of its goals.

Public health broadcasts a message that is essentially elitist in nature, asking the people to have faith in the public health experts without question. Public health sees itself as society’s primary epistemic authority on public health related matters, and any questioning of its authority is met with umbrage.

The public is aware of these problems, and distrust of public health has been increasing over the past few decades. Vaccine fundamentalism is dangerous because the very strategies used by public health officials to increase vaccination uptake also ironically lay the groundwork for undermining the public good on which the entirety of the public health system is based.

… doctors may be inculcated to deliberately ignore or undermine patient concerns in service to the primary public health metric of increasing vaccination rates.

Vaccine Fundamentalism as a Threat to Medical Ethics

According to the American Medical Association Code of Ethics, a core precept of medical ethics is, “A physician shall, while caring for a patient, regard responsibility to the patient as paramount.” How does the responsibility to the patient as paramount work when at odds with state public health goals? Ideally there is the assumption that what is good for the state is in line with what is good for the patient but this is not always the case.

Vaccine fundamentalism has the perverse consequence in which doctors may be inculcated to deliberately ignore or undermine patient concerns in service to the primary public health metric of increasing vaccination rates.

While public health agencies do actively collect and classify the types of concerns that parents have, these activities are done under the goal of addressing vaccine hesitancy; due to vaccine fundamentalism, there is an assumption that the proper decision for the individual is to take the vaccine, regardless of personal circumstances.

Rather than use data to facilitate open dialogue, they use this knowledge to create strategies against vaccine hesitancy. For example, the CDC has created training materials that teach healthcare providers how to achieve greater conversion of individuals from vaccine hesitant to vaccine compliant.

Medical ethics acknowledges the importance of informed consent in preserving both patient dignity and trust in the medical system. The healthcare providers’ use of behavior modification techniques to achieve increased vaccine uptake is questionable and deceptive.

Even doctors are not immune to the pressures of vaccine fundamentalism as the war burden ultimately falls upon them to ensure their patients are compliant  with public health vaccine recommendations. According to research undertaken by Dr. Paul Offit, providing vaccine information in order to obtain compliance is time consuming. It was found that 53% of physicians spend 10 to 19 minutes discussing vaccines with concerned parents, and 8% of physicians spend 20 minutes or more with these parents. They also reported that pediatricians experienced decreased job satisfaction because of time spent with parents who have significant vaccine concerns.

According to bioethicist Nir Eyal, “Coercion, deception, manipulation and other violations of standard informed consent requirements seriously jeopardise that trust.” The value of informed consent does not show up in any epidemiological model but it has a powerful intangible value to all those involved. Is vaccine fundamentalism so important that it warrants destroying trust in the medical system?